Home Real Housewives of Beverly Hills News Meghan Markle On Why She Stopped Watching ‘Real Housewives,’ and If She Would Join RHOBH as Andy Cohen Calls Not Booking Her for WWHL “Biggest Blunder”

Meghan Markle On Why She Stopped Watching ‘Real Housewives,’ and If She Would Join RHOBH as Andy Cohen Calls Not Booking Her for WWHL “Biggest Blunder” 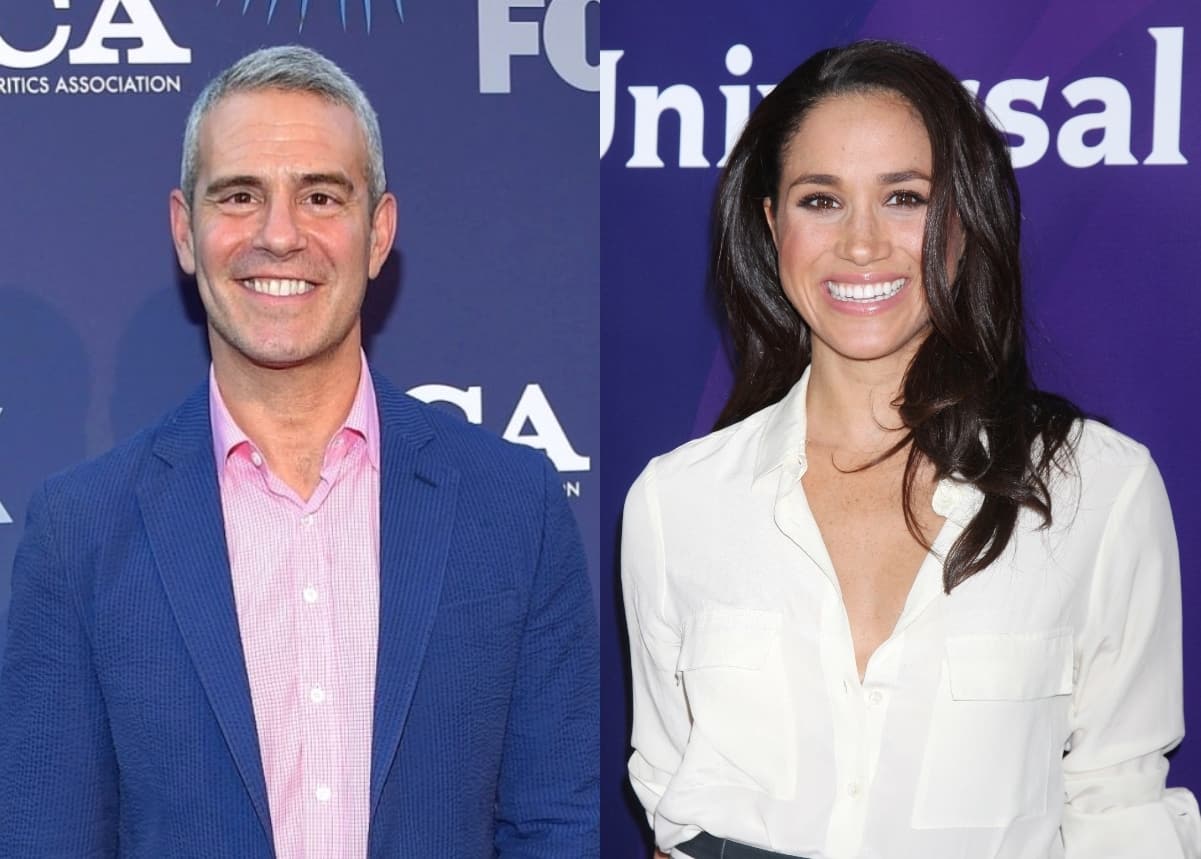 Could Duchess of Sussex Meghan Markle have ended up being on The Real Housewives of Beverly Hills?

Bravo boss Andy Cohen recently had the honor of joining Meghan on her podcast, Archetypes, for an episode titled, “Man-ifesting a Cultural Shift.” In the episode, Meghan and guests discussed the impact men in the entertainment industry have on the labels and stereotypes put on women. Of course, the conversation veered into ‘housewives’ territory as Meghan revealed she used to be an avid fan of the Beverly Hills iteration of the franchise and Andy’s own show, Watch What Happens Live.

Meghan told Andy that she tried to get on WWHL for years after she joined Suits, but it never came to fruition.

“I never could get booked!” she exclaimed.

Andy called the missed opportunity the “biggest blunder in the 13 years of the show.”

Meghan said she used to watch the show all the time and was a “huge fan.” But she opted to stop watching after she married her husband, Prince Harry, because she had too much “drama” going on in her own life to be weighed down by watching other women’s problems.

Andy asked Meghan, “I guess, the million-dollar question is, do you still watch Housewives?”

Meghan responded honestly, explaining, “Well, I will tell you the truth. I stopped watching The Housewives when my life had its own level of drama that I stopped craving.”

The Duchess does recognize how much of a cultural impact the show has had on pop culture and reality television, and she understands why the show has resonated with so many people over the years.

“I get why it was such a huge, huge part of pop culture. And when it began, because you began with Orange County and I’m from California, at least it felt remotely like a world that I knew, but still felt so foreign,” she said.

After marrying into the Royal Family, Meghan discussed how she became tabloid fodder and entertainment to people. Andy agreed and said people love to watch other people’s problems and “judge human behavior.”

“But I mean, I would say almost every one of my friends still watches it and I go, ‘Why are you watching that? There’s so much drama!’ And it’s because it’s entertainment. It’s entertaining to them,” she added. “And it’s also I think it’s so familiar because it’s been on for so long. You’ve created an empire.”

Still, Meghan is “conflicted” about the stereotypes and limitations that The Housewives sets on women, and she’s also conflicted about the way the show pits them against one another.

“Because as we grapple this season with what archetypes are and how limiting they are, on the flip side of that is, are we exploring giving women the space and allowance to be exactly who they are? As complicated, layered, challenging, funny, silly, etc. Or, in a franchise like Housewives, are we fueling the fire of archetypes by creating caricatures of women?” she said in a voiceover of the episode.

After Meghan and Prince Harry moved to the United States, Andy revealed to Meghan that many Bravo fans wanted her to appear on the RHOBH. Meghan laughingly said, “I never heard that!”

She jokingly asked Andy, “You mean really that this is my audition for Real Housewives of Montecito? Is this the moment?”

Andy laughingly responded, telling Meghan no audition was necessary and that he would “build the show around [her].”

Don’t get your hopes up, though. Meghan said reality television is not in her future.

“There will be no reality show. But I think it’s so funny. No, I never heard that. I never heard about the Beverly Hills of it all.”

Though no Bravo cameras will be following Meghan around, she and Harry do have a Netflix docuseries debuting in December.