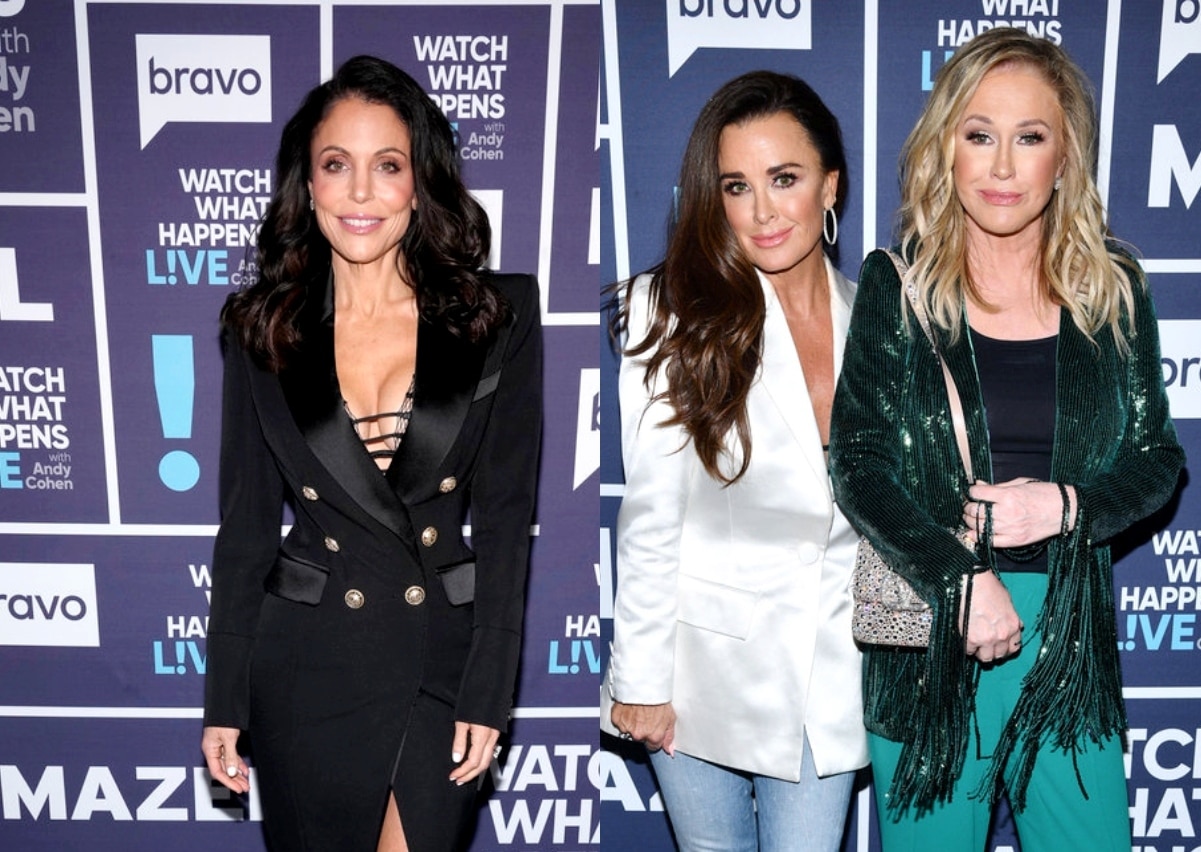 Although the siblings have feuded multiple times in the past, their recent blowout on Real Housewives of Beverly Hills was perhaps the biggest, and both stars left the reunion with no reconciliation.

When Kathy joined the show as a ‘friend’ in season 11, audiences were hopeful that the sisters had buried the hatchet. They appeared to be in a good place until Lisa Rinna accused Kathy of threatening her sister on a cast trip, which effectively ended their détente.

On an episode of her ReWives podcast, Bethenny shared some insight into the history of Kyle and Kathy’s relationship. The RHONY star, who has been friends with Kyle for many years, claimed Kathy was originally the sister who “made good” as she “married a Hilton.” At the time, Kyle was “still finding her way.”

Bethenny indicated that “Kathy was in charge” until Kyle went out on her own, which Bethenny believes “upset the apple cart.”

The business mogul added that if all three sisters (Kyle, Kathy, and Kim Richards) had joined RHOBH together, Kathy would have entered as the “boss.” However, since she arrived late in the game, there was “a little bit of deference,” which will “always” be there, shared Bethenny.

When Kyle began making “her own decisions” and living her “own life,” it “shook it all up between the families,” alleged Bethenny.

“I know a lot of secrets,” she added, but she indicated she’d keep them in the vault, along with the “family secrets.”

Bethenny then addressed Kim, who initially was the biggest star of all of them with her success as a Disney child actress (Escape to Witch Mountain). According to Bethenny, Kim became the “woe-is-me… substance-issue sister on the show.”