Home Hot Posts RHOSLC: Jen Shah’s Sons and Husband Beg Judge For Leniency in Jen’s Sentencing as Coach Says Jen Got Caught Up With “Awful People” and Has “Genuine Remorse”

RHOSLC: Jen Shah’s Sons and Husband Beg Judge For Leniency in Jen’s Sentencing as Coach Says Jen Got Caught Up With “Awful People” and Has “Genuine Remorse” 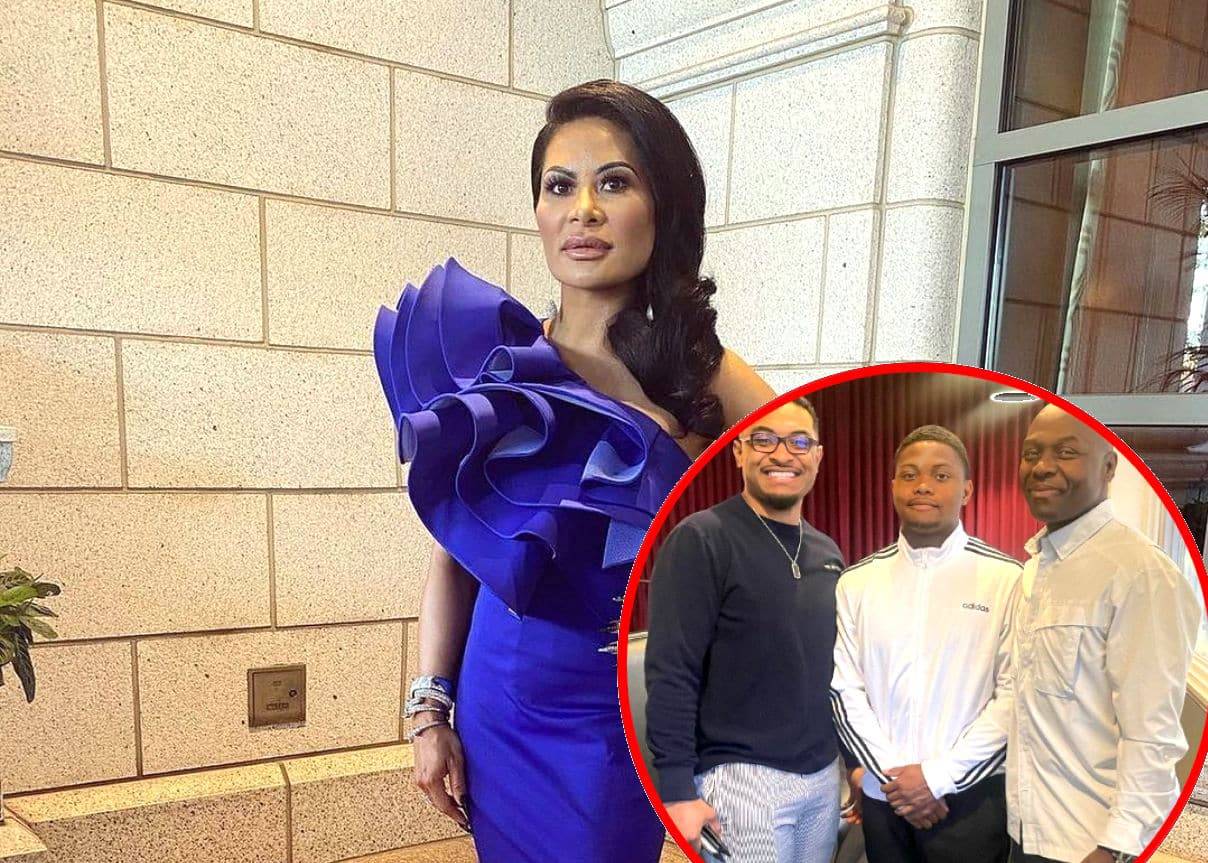 Real Housewives of Salt Lake City star Jen Shah’s family is rallying around her ahead of her January 6 sentencing hearing, which comes after she pleaded guilty to conspiracy to commit wire fraud in conjunction with a years-long telemarketing scheme back in July 2022.

Jen faces up to 14 years behind bars, though she is asking the courts for only three years of incarceration as she insists that she is a “good person” whose “painful experiences” paved the way for her actions. Her two sons and her husband, Sharrieff Shah Sr., are also asking for leniency from the judge.

In court documents obtained by Radar Online, Jen’s son, Sharrieff Jr. read a letter to the judge in open court advocating for his mother and detailing her good moral character.

“I am Jennifer Shah’s eldest son. I am writing to you with the hope that I may accurately describe my mother’s character and provide an idea of who she truly is,” Sharrieff Jr. began.

“I recognize that regardless of her recent mistakes, my mother has exemplified positive ideals throughout my entire life. I am happy to have learned from her and to have gained an understanding that all individuals are flawed, and these flaws do not negate their positive aspects,” he added.

Sharrieff Jr. then went on to explain how Jen had contributed to her community, fought against racist policies, and advocated for healthcare reform.

“My mother has developed a platform that she utilizes to support social justice movements, healthcare reform, and equality in multiple forms. She has volunteered to speak at panels on racial prejudice in our local community, and she has served as a spokeswoman for racial affinity groups across Utah. My mother has marched in support of her political beliefs and empowers others to do the same,” Sharrieff Jr. read.

He continued by acknowledging Jen’s guilty plea and stating he is “saddened” and “hurt” by those directly affected by Jen’s wrongdoings. However, he believes that no prison time is necessary as he asserted that Jen would “better serve” the community by only receiving probation.

“While I understand that there must be a consequence for these actions, I am asking that you view my mother through a lens of forgiveness and compassion. I believe that my mother recognizes her wrongdoings and will be a better service to society if given a sentence of probation,” he wrote.

Sharrieff Jr.’s brother, Omar, also wrote a letter, but it has been sealed by the courts.

Coach Shah alleges in the documents also obtained by Radar that Jen got caught up with “awful people” who wrapped Jen up in their “catastrophically bad business decisions.”

In the letter, Sharrieff Sr. asked the judge to acknowledge that Jen took “the first huge step” in taking responsibility for her role in the telemarketing scheme. He also asked the judge to look at her contributions as a mother, wife, and pillar of the Salt Lake City community.

He asserted to the judge that Jen is a humanitarian at heart and detailed her advocacy and aid relief, including sewing masks at the height of the COVID-19 pandemic and “donating dresses” to “underprivileged” girls to wear for their proms.

“Jen has expressed her genuine remorse to me so many times for what she has done, and the people hurt by her criminal actions,” Sharrieff Sr. wrote. “Jennifer is truly a good woman, mother, wife, sister, and daughter who made bad decisions.”

He also asked for leniency so that Jen could get “back to work sooner” in order to pay off the $6.5 million she owes in restitution to victims of the telemarketing scam.

“My wife is not a career criminal, and she has no prior criminal history,” Sharrieff Sr. continued. “She is committed to doing whatever it takes to make things right.”

“Although many judicial officers in your position believe justice requires punishment, please bear in mind that my wife has been dealing with a level of punishment since the day she was arrested on March 30, 2021. Judge Stein, I beg you to please show mercy on my wife when issuing your sentence,” Sharrieff concluded.