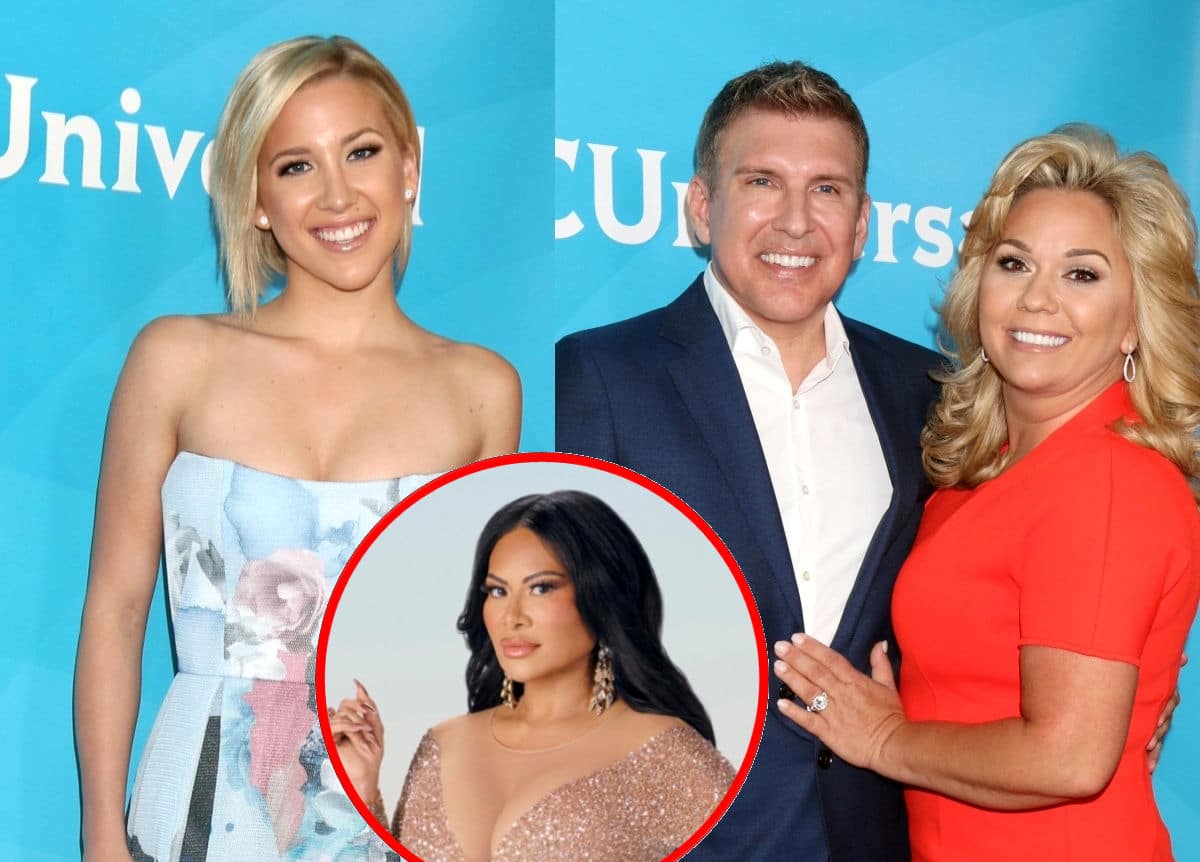 As her parents Todd and Julie Chrisley head to federal prison to begin serving their time for tax evasion and bank fraud, Savannah Chrisley doesn’t understand why The Real Housewives of Salt Lake City star Jen Shah wasn’t given a harsher sentence.

According to Savannah, her parents’ crimes are nothing compared to Jen’s, who had actual victims and preyed on the elderly in a national telemarketing scheme. Jen received 6.5. years in prison while Todd and Julie received a combined 19 years. Todd will serve 12 years and Julie will serve seven years.

“Put the cases side by side, and it makes no sense — it just doesn’t,” Savannah claimed during a January episode of her Unlocked podcast.

“There were hundreds of victims who were elderly, and people that provided statements that lost their homes, threatened to end their lives,” Savannah continued. “There were so many different things, and she got six and a half years. Make that make sense!”

The Chrisley Knows Best star went on to explain that Jen is unequivocally guilty and admitted to her crimes in open court. However, what infuriates her is that Todd and Julie have never once waivered from their declarations of innocence, and she alleges they have been unfairly made an example of.

“You have someone who has not admitted to guilt and who will stand firm in that,” Savannah said. “We’re standing by our truth that it is not guilty, [and] there are no victims.”

Julie also appeared in the pre-recorded episode and claims that “there is more to” her and Todd’s situation than is being let on, and she has committed herself to getting to the bottom of it even as she heads to prison.

“None of it adds up, and to me, there’s more to it,” Julie said. “I have committed myself to figuring out what that is and for us to get to the other side of this so that we can help other people who are going through things like this.”

The episode of the podcast was released hours before Todd and Julie reported to their respective prison institutions to begin their sentences on Tuesday, January 17.

Just days ago, a judge denied the couple’s motion for bail and to extend their surrender date by 21 days.

Todd will be serving his 12-year bid at Federal Prison Camp Pensacola in Florida, and Julie will serve her seven years at Federal FMC in Lexington, Kentucky, in a last-minute change. Originally, Julie was set to spend her sentence in Marianna, Florida, just two hours away from Todd. No reason has been given for the change.

Todd and Julie have plans to appeal their convictions.