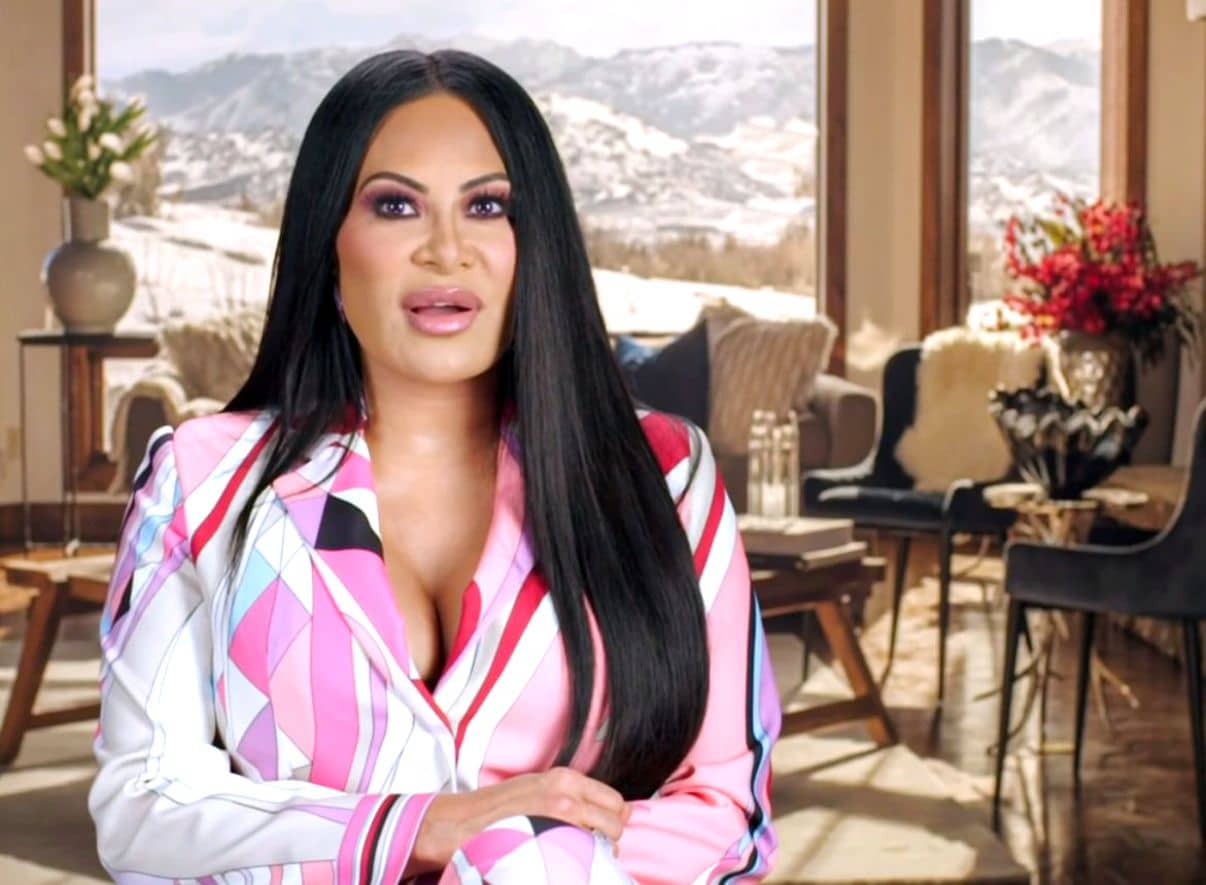 Jen Shah isn’t expected to bode well as she prepares for her fraud and money laundering trial in July.

Following a recent development in the case against the Real Housewives of Salt Lake City star, who is accused of running a years-long telemarketing scheme targeting the elderly, along with several others, attorney Ronald Richards suspects Jen is facing nearly two decades behind bars.

“With some Jen Shah related news, one of her co defendants [Derek Larkin] who has been sentenced to 6 years for a minor part in the [Shah fraud case] has been denied any leniency by the judge. It seem maximum sentences are being handed down, as Jen Shah herself faces [up to] 18 years in prison,” Bravo Snark Side wrote on Instagram on April 19, citing a Twitter post shared by Ronald.

On Tuesday, Ronald took to his Twitter page, where he announced that a judge had denied Derek’s plea for his sentence to be reduced.

“Breaking: [Jen Shah’s] judge denies compassionate release to her co-defendant. The opinion provides insight as to how much time she will get, 15 to 18 years! Why she wants to do this is very hard to watch,” he tweeted. 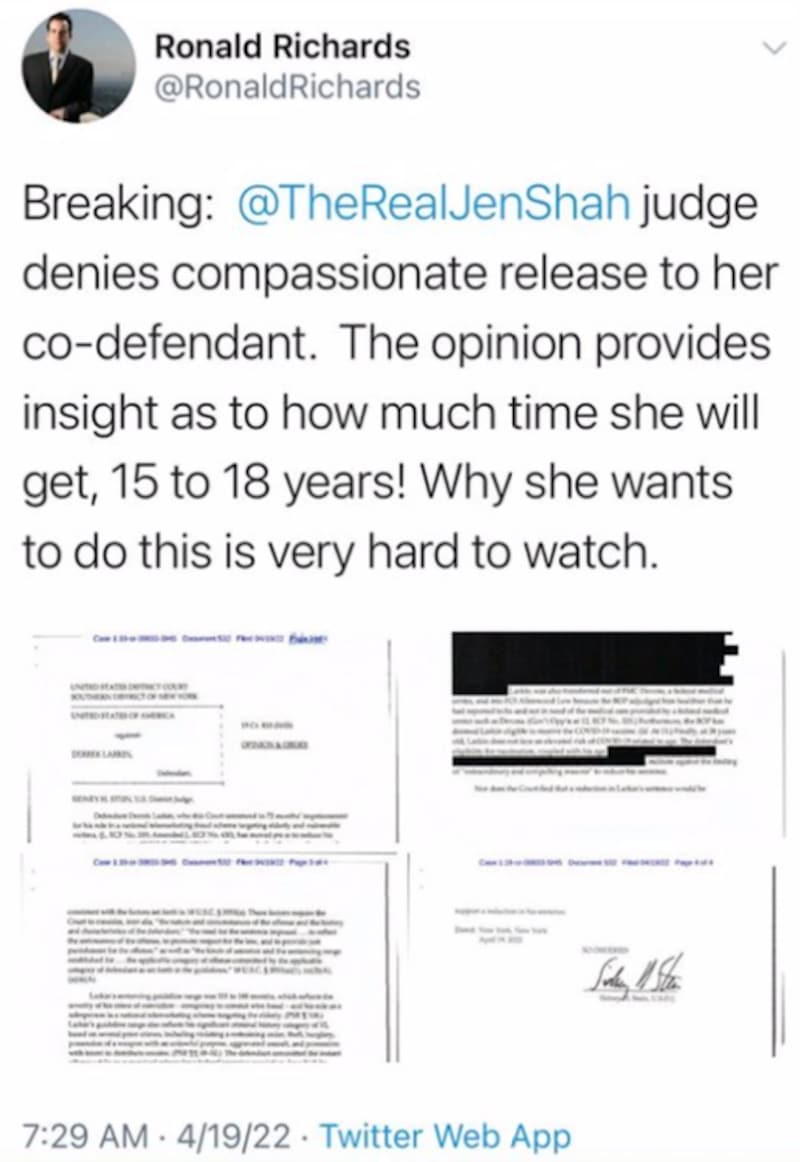 As RHOSLC fans will recall, Jen was arrested in March 2021 along with assistant Stuart Smith, who flipped on her last August when he changed his plea from not guilty to guilty. And although her trial isn’t for a few more months, co-defendant Derek has already been sentenced to 72 months in prison and five years of supervision upon his release, which he recently attempted to change due to his medical situation.

In a court filing on Tuesday, April 19, it was noted that Derek’s request had been denied.

“Defendant’s motion is denied due to the lack of extraordinary and compelling circumstances as well as the fact that the section 3553(a) factors do not support a reduction in his sentence,” Judge Sidney H. Stein ruled, as reported by Fox News.

According to the report, the guideline range for Derek’s sentencing was 151 to 188 months due to his criminal history.

“At sentencing, the Court varied downward from the guidelines range, taking into account Larkin’s role as a salesperson and not a manager in the conspiracy, his remorse and his young family, among other personal circumstances,” the document stated.

Earlier this year, amid part three of the RHOSLC season two reunion, Jen explained why she turned down a plea deal.

“I’m fighting this. I am innocent,” she told host Andy Cohen. “And I will fight for every person out there that can’t fight for themselves because they don’t have the resources or the means, so they don’t fight.”

The Real Housewives of Salt Lake City season three is currently in production and expected to air on Bravo sometime later this year.