Home Real Housewives of Beverly Hills News Erika Jayne Reacts to Claim Andy Cohen Went Easier on Jen Shah at RHOSLC Reunion as Meghan McCain Wonders Why Sharrieff Got Off So Easily Compared to Erika, Plus Fans Weigh in

Erika Jayne Reacts to Claim Andy Cohen Went Easier on Jen Shah at RHOSLC Reunion as Meghan McCain Wonders Why Sharrieff Got Off So Easily Compared to Erika, Plus Fans Weigh in 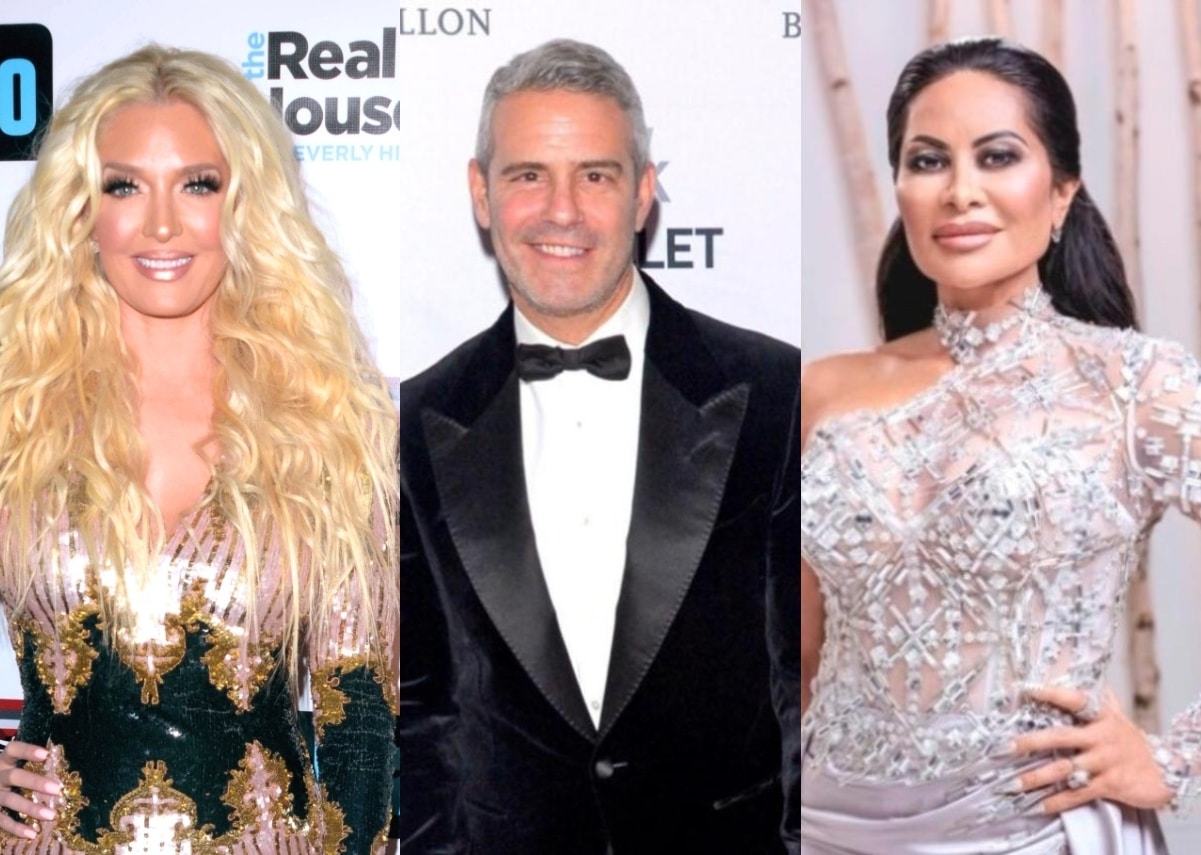 After Andy Cohen asked Jen and her husband, Sharrieff Shah, a series of questions about the pending charges of money laundering and fraud that were brought against Jen in early 2021, Erika took to her Instagram Story, where she shared a very telling reaction to the taping.

In Erika’s post, she shared a post from Current Episode, which read, “Oh to be a fly on the wall when Erika Jayne calls Andy Cohen after seeing the RHOSLC reunion.” 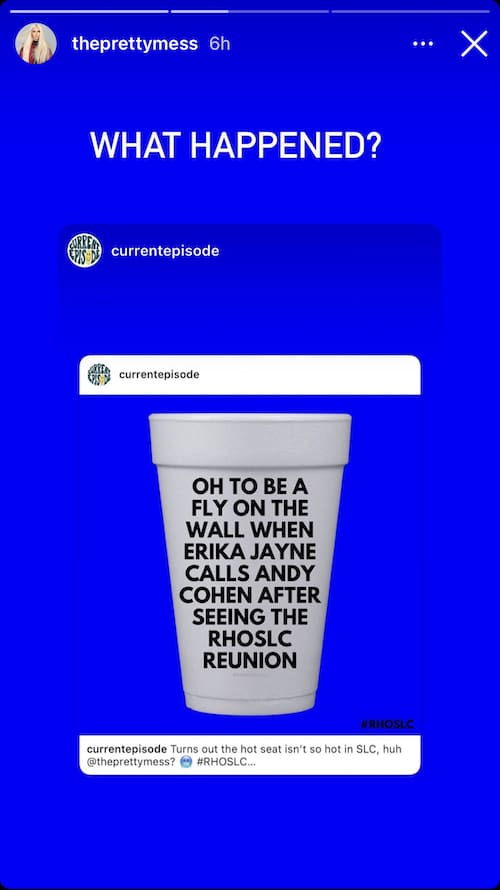 During the RHOBH season 11 reunion last year, Erika faced a series of hard-hitting questions from Andy, even though it was her husband, once-famed attorney Thomas Girardi, who was at the forefront of the lawsuits she was pulled into.

Although Erika has been named as a co-defendant in a number of cases against Thomas, most of which accuse the couple of embezzling settlement funds from Thomas’ former clients to sustain their luxurious lifestyles, Jen was accused of running a years-long telemarketing scheme targeting elderly people without the help of husband Sharrieff.

A number of people have voiced their opinions on the apparent double standards, with many pointing out that Andy should have been more relentless against Jen than Erika. Even Meghan McCain weighed in on the situation, saying that because Erika was dragged through the mud as a result of her now-estranged husband‘s reported crimes, Jen’s husband, Sharrieff, should have received the same treatment.

“I think it’s a really important question [Andy Cohen] posed to Sharrieff – why hasn’t he been dragged through the mud like [Erika Jayne] has? Other than the obvious patriarchy and sexism. He has basically had almost no scrutiny and questioning,” Meghan tweeted, adding, “Justice for [Erika Jayne].” 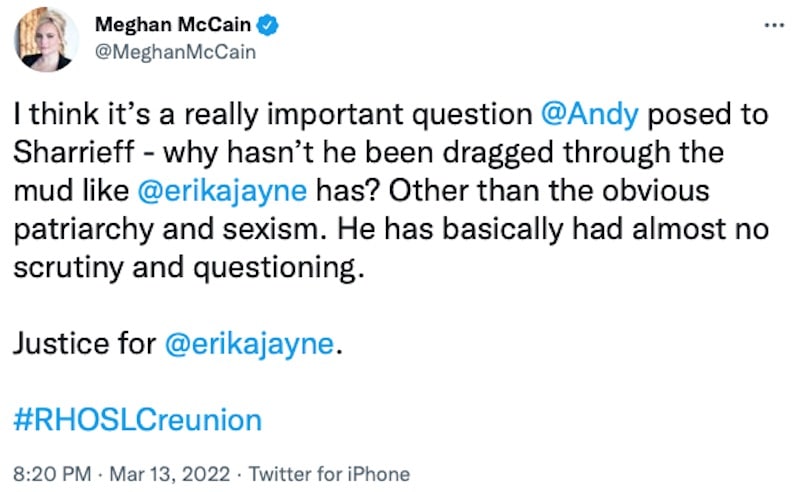 Following Meghan’s post, many fans suggested that Erika brought the questions on herself by flaunting her wealth even after the allegations were made against her. Others suspected she was further grilled because she is an official cast member while Sharrieff is simply a husband.

“Sharieff doesn’t live a ridiculously lavish lifestyle off Jen’s ill-gotten gains and bash fans on social. He’s barely even there, as shown in the 1st season. Also super humble. Total opposite of EJ in every way,” one person said.

“There is a double standard. But at the same time he wasn’t posting tone deaf [Instagram posts], sniping on Twitter, and arguing whether he should return earrings,” stated another. “It’s her behavior that has been egregious and that people have had issues with.”

“Sharif was likable before this. He is also not the housewife. Court documents have not named him. There are probably other reasons,” added a third.

The Real Housewives of Beverly Hills season 12 will premiere on Bravo sometime this spring or summer.