Home Real Housewives of Beverly Hills News Kyle Richards Says Andy Cohen Was “Relentless” Against Erika Jayne at RHOBH Reunion, Shares if Opinion on Erika Changed and Explains Why Some of Her Stories Were “Confusing”

Kyle Richards Says Andy Cohen Was “Relentless” Against Erika Jayne at RHOBH Reunion, Shares if Opinion on Erika Changed and Explains Why Some of Her Stories Were “Confusing” 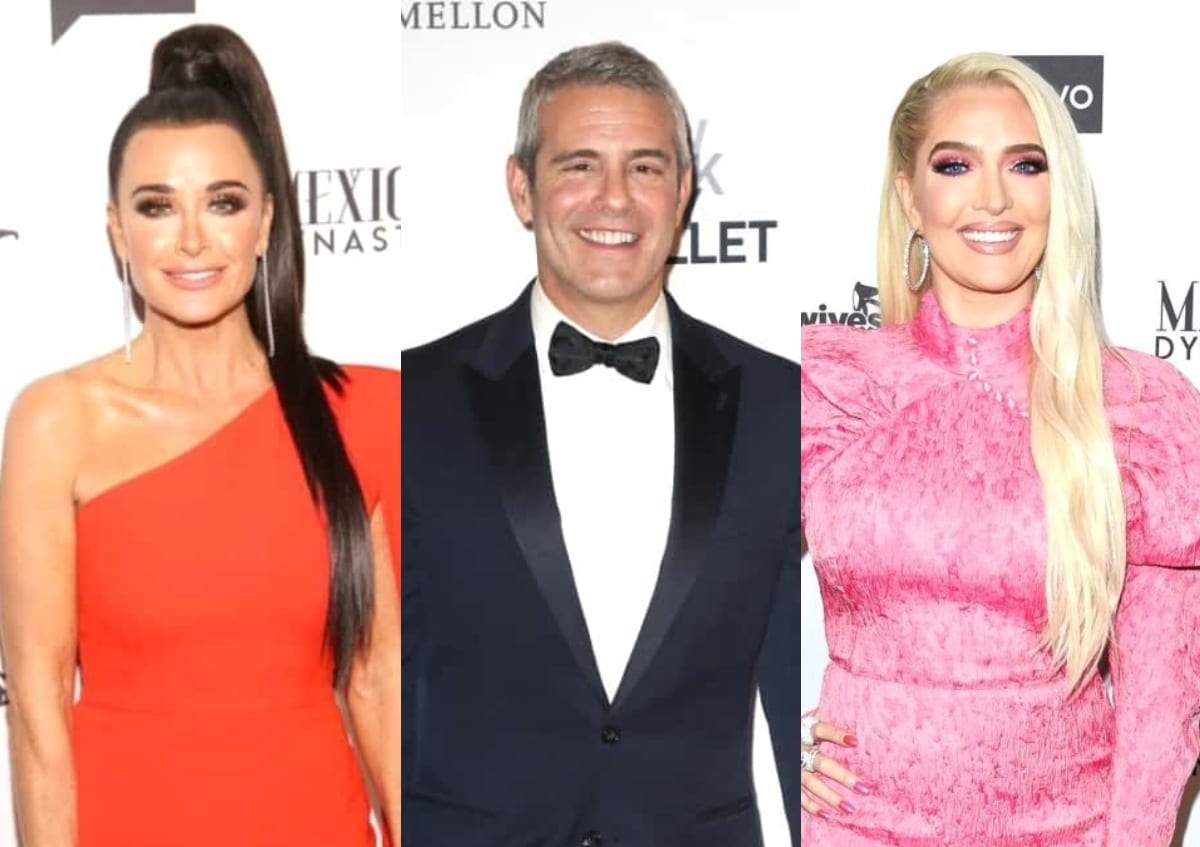 Kyle Richards is confirming what’s been widely reported and teased in the recently-released trailer for The Real Housewives of Beverly Hills reunion: Andy Cohen “went hard” on Erika Jayne.

With the four-part special just days away, Kyle admitted to feeling that Andy’s questioning of Erika was “relentless” before applauding Erika as “supportive and kind” and explaining why many of her season 11 stories were likely “confusing” to viewers.

“I was like, ‘My God, this is relentless,’” Kyle recalled to Us Weekly of Andy’s reunion behavior toward Erika on October 8. “But he has a hard job. He knows the audience is expecting these questions and expecting answers. I know it was hard for him. I mean, my makeup artist, who was there, she was like, ‘I was feeling so bad for Erika. Oh, my God. That was like a nightmare for her.’ And I’m like, ‘He has to ask these questions.’”

While Kyle knew many questions needed answers, that didn’t make the taping any easier.

“It’s so emotionally draining… We couldn’t get out of bed for a day or two. [Erika] probably couldn’t for two weeks,” Kyle admitted. “It was very, very difficult for her. It’s never easy for anybody, but she was, for sure, the person that had the hardest time in this reunion.”

Despite the allegations against Erika, which include claims of embezzling $2 million from widows and orphans of plane crash victims, Kyle said her opinion of her castmate hasn’t wavered.

“Erika has been nothing but a great friend to me and supportive and kind. I know that she puts on a tough girl act, but she is a very sensitive person. And I think with so many people who don’t know her coming at her, she’s kind of had to put up the shield,” Kyle explained.

During a number of moments on RHOBH season 11, Erika attempted to speak to her castmates about what was going on in her life. However, because some of her stories seemed elaborate or even contrived (especially her claims about Thomas Girardi confronting a robber and being hospitalized, and her son, Tommy Zizzo, rolling his car five times in Southern California), even Kyle was confused at times. That said, Kyle believes there is a logical explanation.

“There are a lot of things I didn’t get, [stories] that were not clear to me. It’s hard when you’re talking on camera and she’s probably nervous about what she’s saying. You don’t know what’s going through her mind and the audience doesn’t always get that, but I could tell she was nervous. And that’s why some of the stories were probably confusing for people,” she explained.

Luckily, when it comes to the lingering questions of season 11, viewers will soon get the answers they’ve been looking for, which Kyle was happy to see, especially for Erika.

“There’s a lot of things that people have been talking about. They’re going to find out, ‘Oh, I get it. OK. That makes more sense,'” Kyle revealed. “So I was happy for her in that sense, even though it was very difficult for her.”