Home Real Housewives of Beverly Hills News Kyle Richards Shares Where She Stands With Erika After Mocking Scene With Mauricio and PK on RHOBH, Plus the ‘Scary’ Text She Got From Brandi Glanville

Kyle Richards Shares Where She Stands With Erika After Mocking Scene With Mauricio and PK on RHOBH, Plus the ‘Scary’ Text She Got From Brandi Glanville 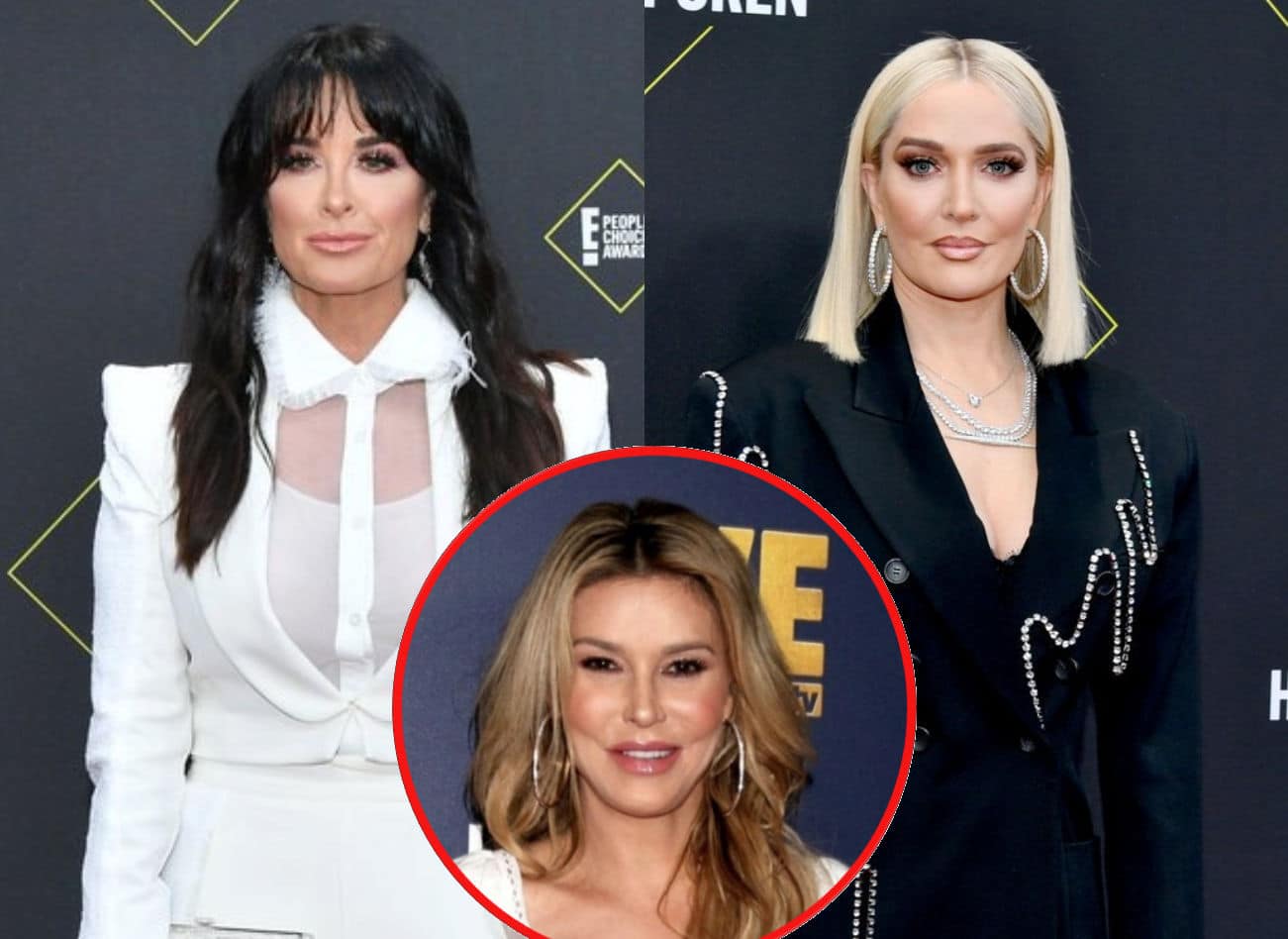 Kyle Richards offered an update on her friendship with Erika Jayne during Wednesday’s episode of Watch What Happens Live.

After being accused of spreading rumors about the finances of Erika and her estranged husband, Thomas Girardi, and laughing about Erika’s seemingly bizarre stories about Tom, the Real Housewives of Beverly Hills cast member shared where they stand today.

“Have you spoken to Erika since the episode aired showing your dinner with [Mauricio Umansky], [Paul “PK” Kemsley], and [Dorit Kemsley]?” [Andy Cohen] asked on the September 29 episode.

“Yes, I actually spoke with Erika I think yesterday or the day before,” Kyle replied.

Although Kyle, Mo, Dorit, and PK were seen laughing about Erika’s recounting of an alleged encounter Thomas had with a robber at their former marital home in Pasadena, which led to his hospitalization and a car accident involving her son, Tommy Zizzo, Kyle told Andy that she and Erika are “good” at the moment.

“Her feelings were hurt about that dinner one hundred percent. And I knew they would be in the moment but PK really makes me laugh. It’s so hard sometimes. He’s so funny,” Kyle explained.

Also during the WWHL episode, during a game of “Housewife of Horrors,” Kyle was asked “spooky questions” about her co-stars. And, when Andy wondered about the scariest text she’s received from a fellow Real Housewives star, Kyle revealed it was Brandi Glanville who spooked her the most.

“From Brandi Glanville, responding to a text,” Kyle replied. “She was trying to respond to someone else and she called me a ‘See You Next Tuesday’ and it was not supposed to be for me.”

As Kyle threw out her name on WWHL, Brandi took to her Twitter page to react to her reveal, saying that if she never called her a “c-nt,” the two of them were never really friends.

“I honestly love [Kyle Richards] we have been through it !!!” she tweeted. “And if I haven’t called you C-U next Tuesday then you’re probably not a real friend.”