Home Real Housewives of Beverly Hills News Kyle Richards Confirms Bethenny Told Her About Tom’s Money Issues Years Ago as Andy Reacts, Plus She Picks a Side in Lisa and Sutton’s Ticket Drama as Kathy Talks RHOBH Reunion Receipts

Kyle Richards Confirms Bethenny Told Her About Tom’s Money Issues Years Ago as Andy Reacts, Plus She Picks a Side in Lisa and Sutton’s Ticket Drama as Kathy Talks RHOBH Reunion Receipts 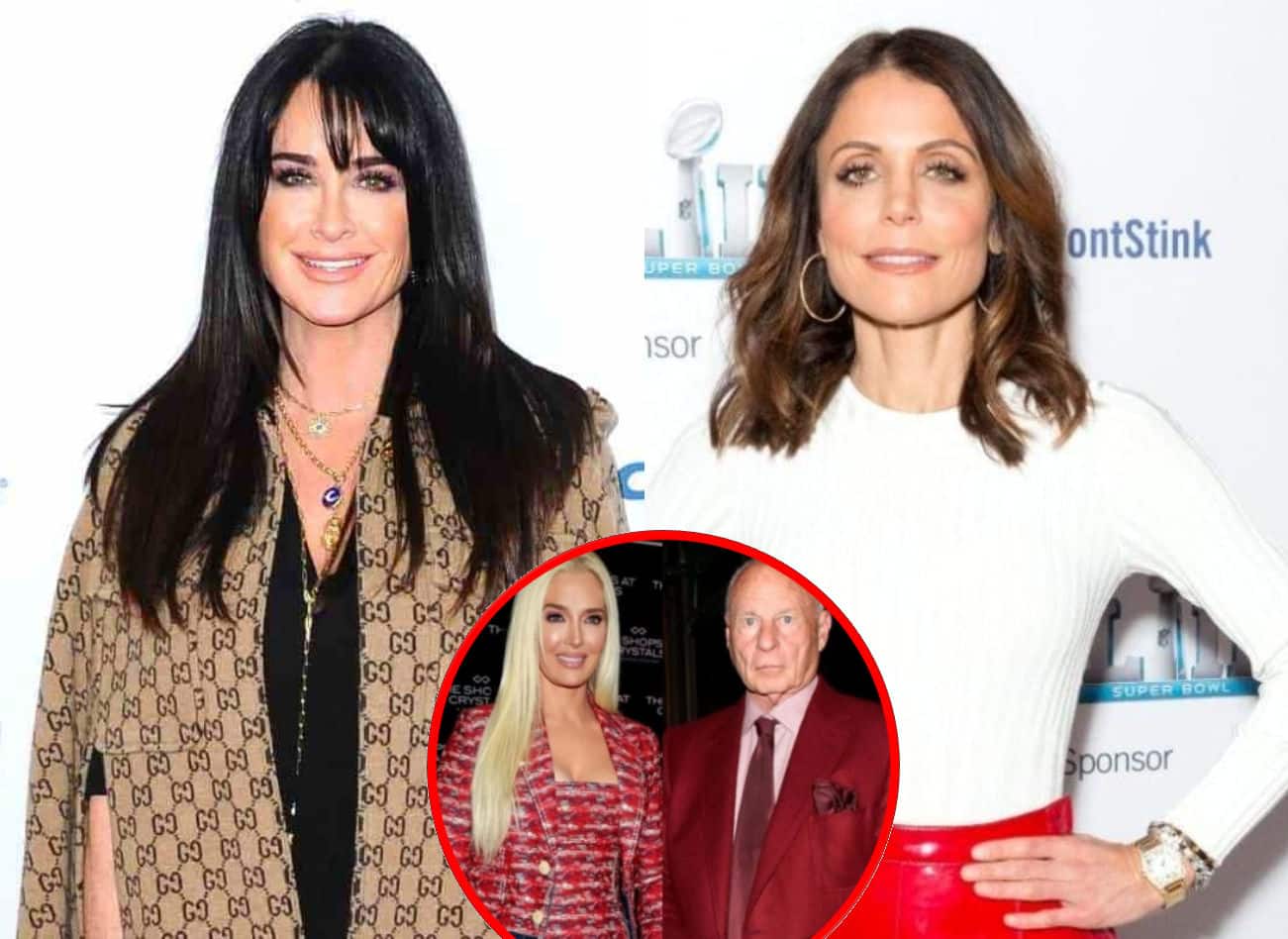 Kyle Richards appeared on Wednesday’s Watch What Happens Live, where she weighed in on Bethenny Frankel‘s recent revelations about Thomas Girardi.

After the Real Housewives of New York City alum said she had heard Erika Jayne‘s husband owed a lot of people money and was living beyond his means, Kyle shared her thoughts while also addressing Lisa Rinna and Sutton Stracke‘s ticket feud with fellow guest and sister Kathy Hilton.

After host Andy Cohen asked for The Real Housewives of Beverly Hills star’s opinion about the things Bethenny alleged on her podcast on the September 29 episode of WWHL, Kyle brought up the fact that the two of them had already chatted about the issue.

“You tell me,” she replied.

“We talk about this at the reunion. She did tell us those things,” Andy confirmed of Bethenny’s claims.

“We were told the same things. So I have the same opinion you probably have,” Kyle explained.

During another segment, which included a game called “Housewife of Horrors,” Kyle revealed the scariest text she’s ever received from another housewife came from Brandi Glanville.

“She was trying to respond to someone else and she called me a ‘See You Next Tuesday’ and it was not supposed to be for me,” Kyle recalled.

Also speaking of scary things, Kyle said she and Dorit Kemsley were both “really scared” about Mauricio Umansky and Paul “PK” Kemsley‘s reaction to Erika’s story about Tom’s “alleged” accident and the robbery that occurred at their former Pasadena home months ago.

“It was a very uncomfortable moment but you can’t control those guys and by the way, my husband adores Erika but they had questions. A lot of people do,” she explained.

As for her own scary moments, Kathy said she experienced no fright at the reunion taping. She did, however, come prepared for battle.

“I wasn’t frightened. It was very interesting and it was wild,” she shared. “[And I brought receipts] because everybody thought that I just didn’t show up to Garcelle’s party and I was told not to because I had not been feeling well and I’m not an impolite person and I adore her. And I have manners.”

Later, during the WWHL: After Show, Kyle shared her thoughts on Lisa and Sutton’s ongoing dispute over who paid for Lisa and her husband, Harry Hamlin, to attend one of Elton John’s galas years ago.

After Kyle explained to Andy that Kathy had strong feelings about the dispute as well, Kathy made it clear that she did not believe Sutton had lied about the tickets.

“Sutton’s not a liar. She invited her but what happens is Lisa, because I’ve went many years myself, that does happen [that someone who has a ticket sits at someone’s table]. That happens all the time. She’s right and Lisa’s right.”