Home Real Housewives of Beverly Hills News Lisa Rinna Shares New Details on Erika’s Story About Tom and Says She Believes Her, Reveals What She’ll Do If Erika Lied to Her, and How She Feels About RHOBH Costars Mocking Erika

Lisa Rinna Shares New Details on Erika’s Story About Tom and Says She Believes Her, Reveals What She’ll Do If Erika Lied to Her, and How She Feels About RHOBH Costars Mocking Erika 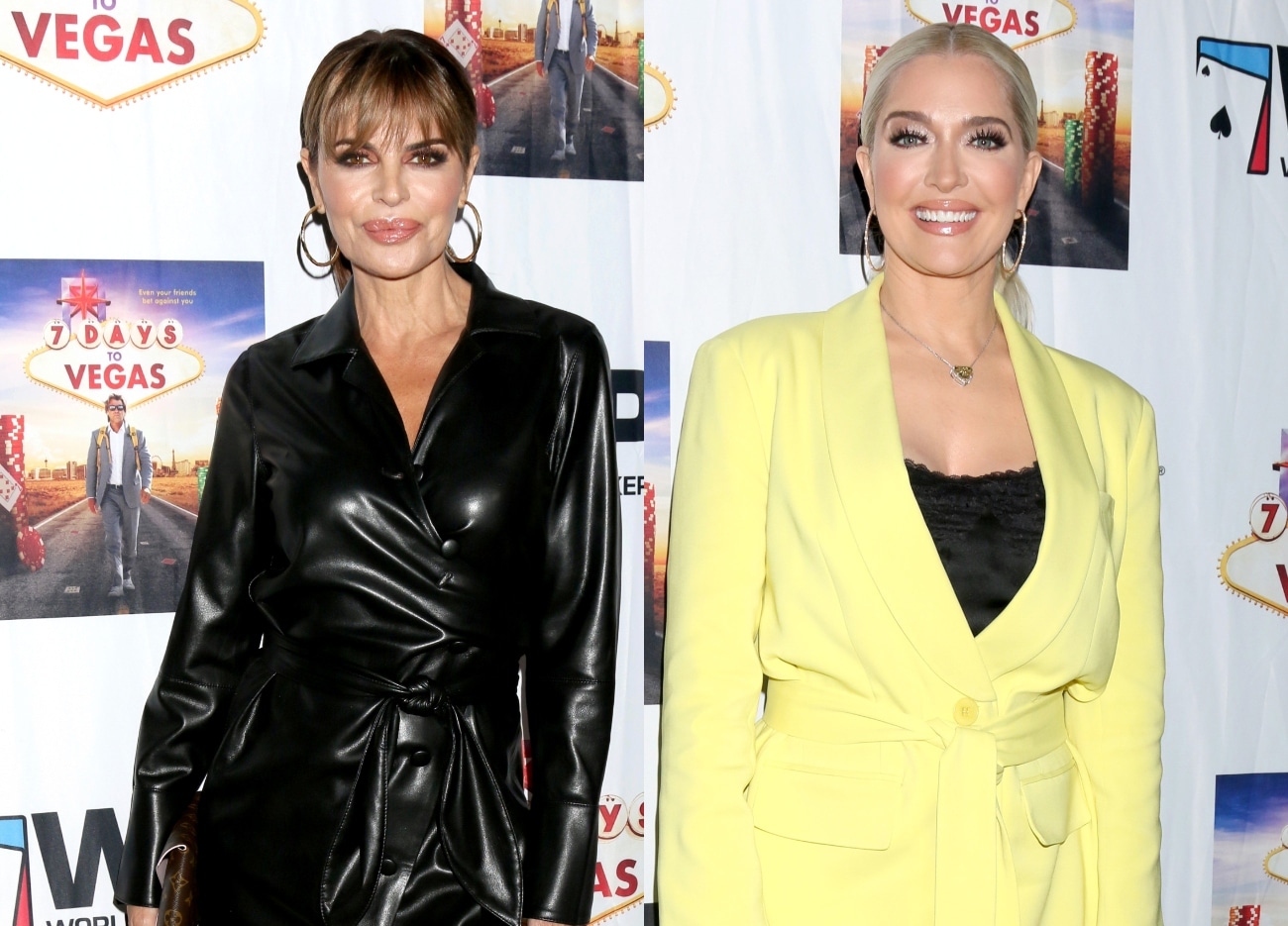 Lisa Rinna did not find Erika Jayne‘s story about Thomas Girardi‘s home burglary and eye surgery to be strange.

Following Wednesday’s episode of The Real Housewives of Beverly Hills, which featured Erika revealing her estranged husband had confronted the burglar before her son rolled his car five times in the snow, Lisa appeared on Watch What Happens Live, where she addressed the story as well as several other hot topics.

“I got a phone call right after it happened. So I had heard it… When it gets put together with other things, it sounds different than when you get a call from your girlfriend that says, ‘Oh my God, this just happened. This happened with Tom and then my son was driving home and then he flipped his car,’” Lisa explained on the September 16 episode of WWHL. “So it wasn’t crazy to me when I heard.”

While there have been a lot of questions surrounding Erika and what she did or didn’t know about Thomas’ fraud against his former clients, Lisa has encouraged viewers to “let this play out.”

“Because why would Tom Girardi ever tell Erika Jayne anything?” she asked. “She doesn’t work at the law firm. There’s lawyer-client privilege. How could he ever even come home and say, ‘Oh, honey, by the way, I did this, this and this.’”

When host Andy Cohen then asked Lisa, point blank, how she’d react if Erika was ultimately found guilty of the crimes she and Thomas have been accused of committing, Lisa said she’d “have it out with her.”

“If she is somehow lying to me in any shape or form, we will come to terms with that. But I have to let this play out because no one’s been charged. No one’s been arrested. We haven’t even heard her side of the story. And I know everyone’s furious with me for standing by her but like, she’s my friend,” Lisa noted. “And she hasn’t been charged and I believe he did it. He did this.”

Later, on the WWHL: After Show, Lisa was asked about how she felt seeing Kyle Richards, Mauricio Umansky, Dorit Kemsley, and Paul “PK” Kemsley poking fun at Erika’s story about Thomas.

“It actually hurt me to see that… I felt sad for everyone involved because of the mocking and the laughing. And I don’t think anybody really meant to go there but they did and it hurt my heart,” she admitted.

Although Lisa is friends with Erika, as well as Kyle and Dorit, she said she didn’t feel as if she was in the middle of their drama.

“I believe that everybody has to work out their own stuff so I’m still okay with everybody. That’s about Dorit and Kyle and Mauricio and PK so I really don’t have any judgment other than I’m sad for the whole situation and it made me sad for Erika. That’s hard to watch,” she explained.

Also during the episode, Lisa confirmed she did not feel Kyle and Dorit were overreacting about Garcelle Beauvais telling the press that the women were coming for her.