Home Real Housewives of Beverly Hills News Sutton Stracke Reveals Where She Stands With Erika Jayne After RHOBH Reunion Taping, Addresses Gala Ticket Drama With Lisa Rinna, Plus if She Thinks She and Garcelle Are Part of the Group, and Live Viewing Thread

Sutton Stracke Reveals Where She Stands With Erika Jayne After RHOBH Reunion Taping, Addresses Gala Ticket Drama With Lisa Rinna, Plus if She Thinks She and Garcelle Are Part of the Group, and Live Viewing Thread 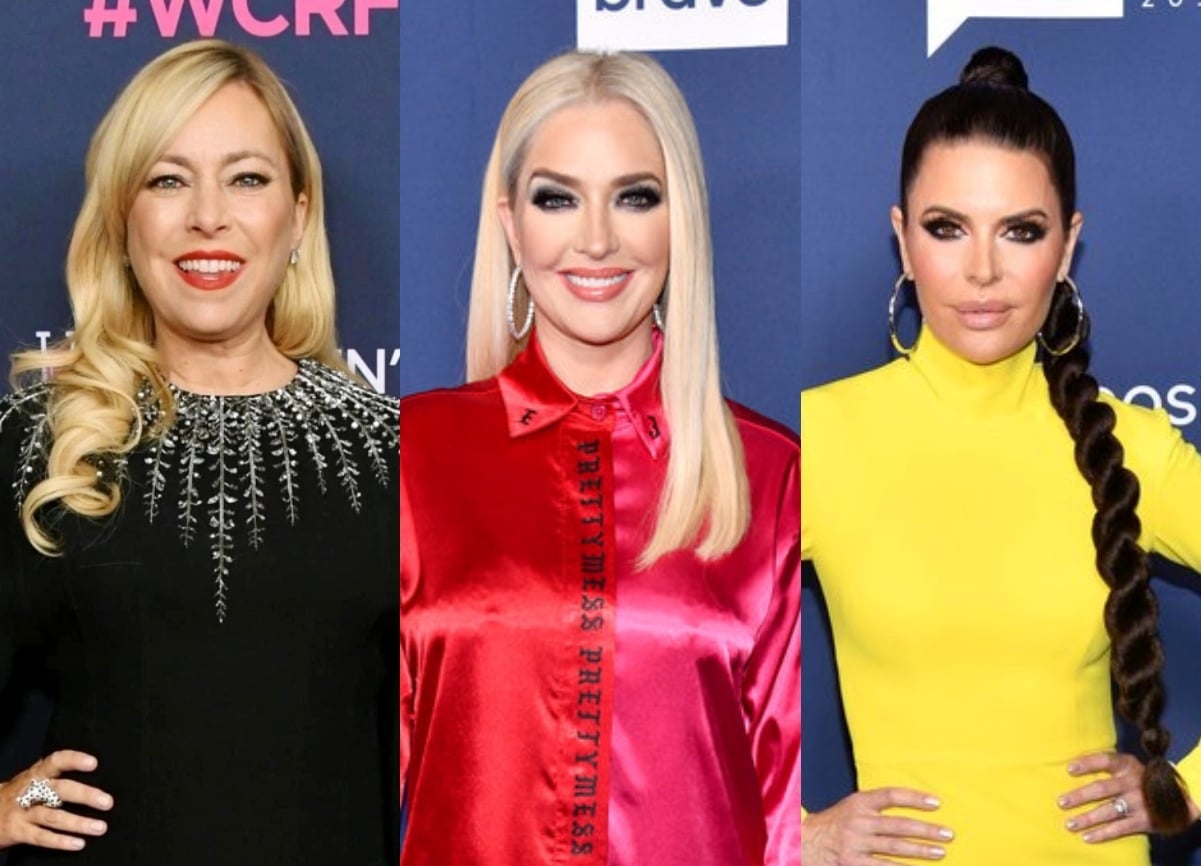 Sutton Stracke is sharing where she stands with Erika Jayne following the Real Housewives of Beverly Hills reunion taping and discussing her “dumb” fight with Lisa Rinna. She also reveals if she feels she and Garcelle Beauvais are outsiders in the group.

Amid Erika’s divorce and legal woes, Sutton has certainly been the most vocal about the scandal, which has seemingly ruined her relationship with the “Pretty Mess” singer. In a new interview, Sutton was asked if she and her fellow Georgia native are on speaking terms now that filming on season 11 has officially wrapped, and she kept her answer short and sweet.

“I would say we are not talking,” she said on the Housewives Nightcap series.

Though in hindsight, Sutton wishes she would have taken a different approach with Erika by speaking with her one-on-one rather than asking questions in front of the group, she doesn’t seem to have any other regrets about how it all played out. And when asked if she’s had a change of heart about Erika’s situation since the reunion, Sutton said her opinion has not changed.

“I think we kind of know my stance on this one,” she quipped. “Not much has changed.”

Speaking of the reunion, the former ballerina confirmed that her embattled co-star “spoke a lot” during the sitdown before describing the taping as extremely “serious” and “long.”

“This one was especially long,” she declared. “There weren’t a lot of breaks, and a lot of discussion. Like, very serious discussion.”

Erika isn’t the only cast member Sutton currently has beef with as Lisa has been slamming her via social media after Sutton claimed she purchased $10,000 tickets for the Elton John gala for both Lisa and Harry Hamlin. The Days of Our Lives actress denies Sutton’s claim, stating she was invited to the gala by Elton John himself.

As for where she and Lisa currently stand days after the feud began, Sutton said they’ve yet to talk it out.

“We haven’t spoken,” she revealed after clarifying that the tickets were actually just $5,000 each. “But yes, she seems kind of not happy with me. But, on Watch What Happens Live I said it seems like there’s some miscommunication.”

She added, “Maybe she didn’t know that I paid. That’s why I said maybe it’s a miscommunication. But that’s not the point. The point was sometimes people don’t say thank you, and it’s not a big deal.”

Despite Lisa questioning whether Sutton has class, she still adores her pal and seemingly hopes they can make amends soon.

“Lisa’s so sweet and I really do love her so much,” she insisted. “But she’s not happy about this one.”

As for whether Sutton feels like she and her bestie Garcelle are truly a part of the group, she explained that she initially felt included. However, after watching the season back, she’s seemingly changed her mind.

“It didn’t feel like [we were left out]. But watching it, it seems like it,” she snarked. “You know, those girls have known each other a long time and they’re very tight. So, it’s hard to break in.”