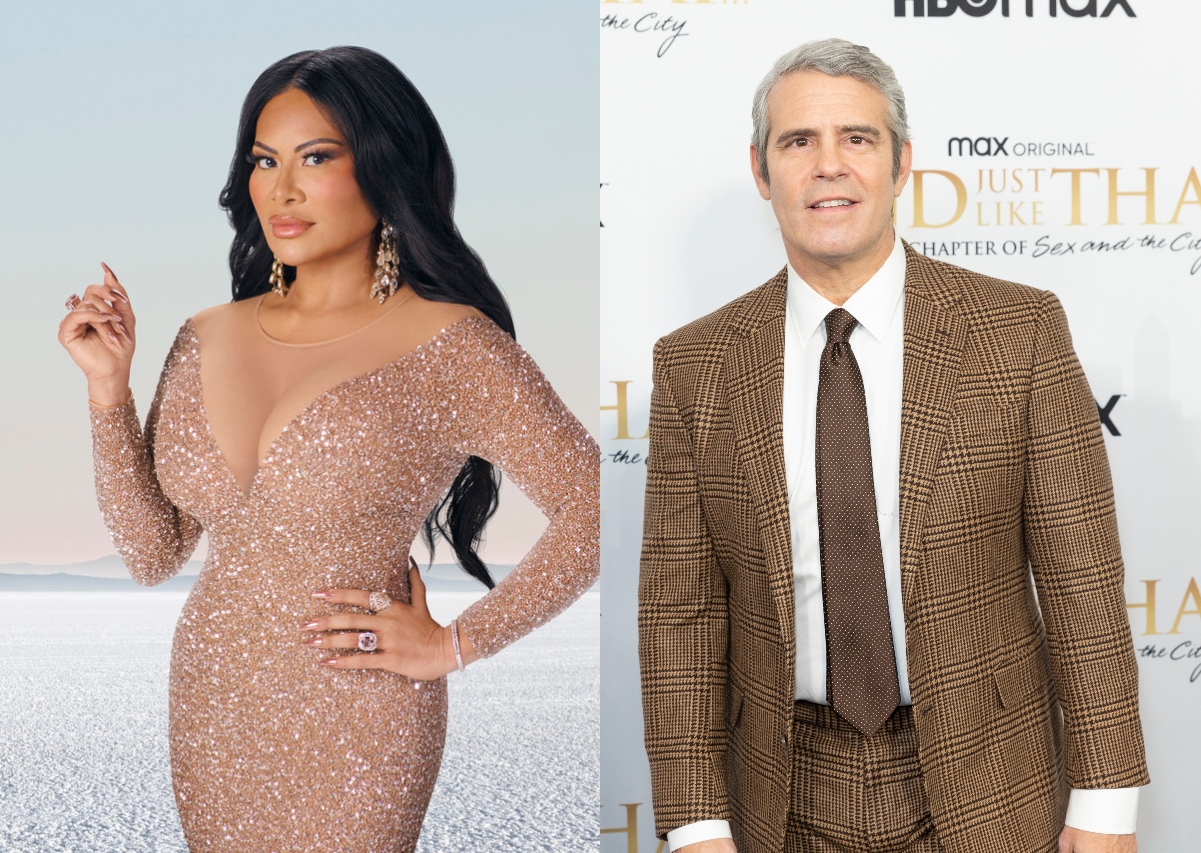 The Real Housewives of Salt Lake City star Jen Shah announced on Thursday, January 20, that she will not be participating in a one-on-one interview with Andy Cohen after pleading guilty to her role in a nationwide telemarketing scheme aimed at defrauding the elderly and being sentenced to 6.5 years in federal prison.

Taking to Instagram, Jen shared a lengthy statement with her followers and explained her reasons for not going through with the interview, citing Bravo’s unwillingness to “remove contractual provisions” that would allow the network to “legally make misrepresentations” about her story.

“This specific 1 on 1 interview was not part of my RHOSLC reality tv contract,” Jen shared in the statement. “I promised myself and my loving family that I would never allow this part of my life to be sensationalized or inaccurately conveyed.”

The disgraced reality star continued by adding that “too many people have been hurt” by her actions and her inability “to control my own narrative.”

“I would rather remain silent and wait until I am able to accurately share my story than continue having complete lies and misrepresentations about me smeared across the headlines,” Jen explained. 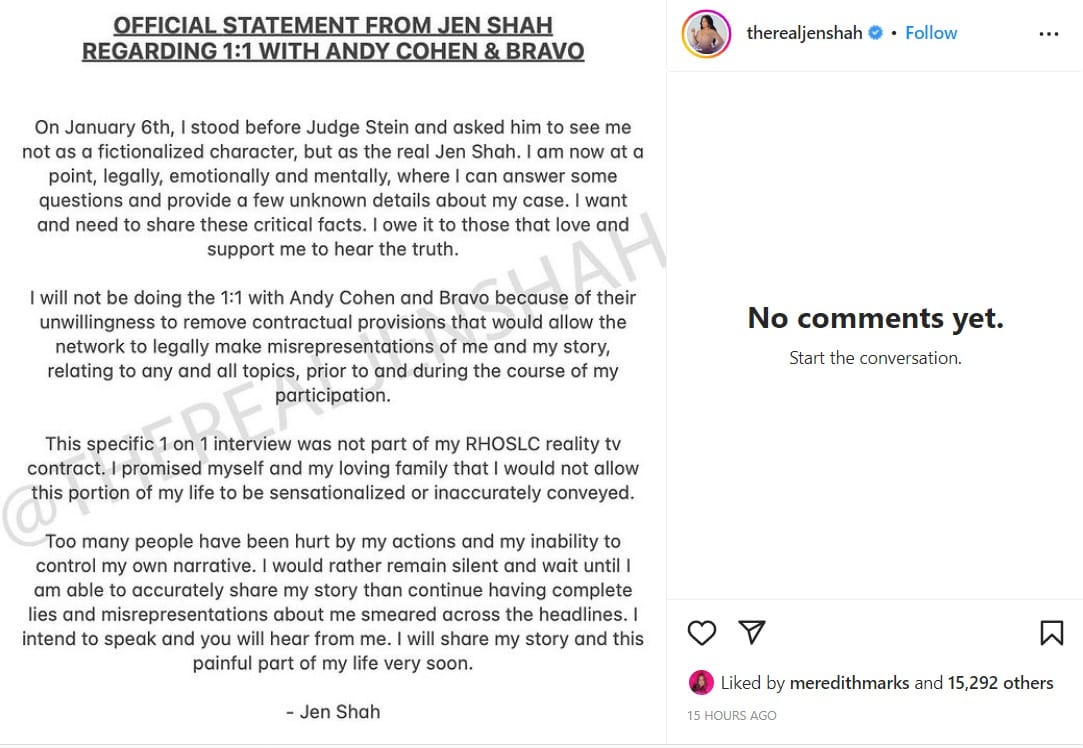 Andy was hopeful that he would be able to sit down with Jen, stating earlier this month on his SiriusXM Radio Andy show, “I’m hopeful that I can do that sit-down [interview] with her in front of some cameras and deliver that to you. I’m really hoping to do that.”

The Watch What Happens Live host announced the tentative interview plans after Jen was unceremoniously barred from appearing on the RHOSLC season three reunion only to be invited back later. Jen ultimately declined the offer due to Bravo’s demands.

Though her interview with Andy and Bravo may be off the table, Jen did hint that there was the possibility of another news outlet getting her version of events as she is “at a point legally, emotionally, and mentally” where she can provide “unknown details” about her case.

“I want to and need to share these critical facts. I owe it to those that love and support me to hear the truth,” Jen asserted.

“I intend to speak, and you will hear from me. I will share my story and this painful part of my life very soon,” she concluded the post.