RHOC’s Vicki Gunvalson Caught in a Lie! Tamra’s Ex BFF Ricky Santana Shows Proof She Invited Him to Her Party! 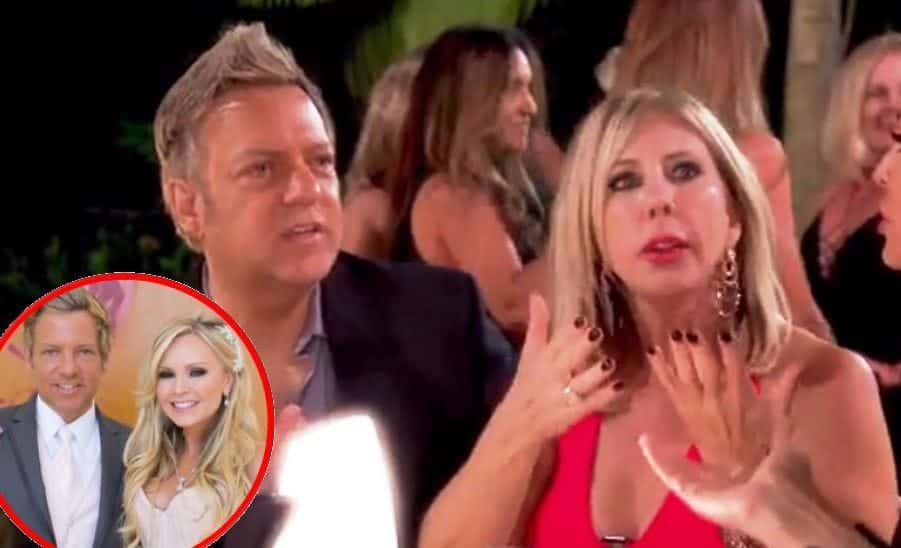 Does Vicki Gunvalson have any credibility left these days?

Just a week after admitting she doesn’t have proof of her domestic violence claims against Shannon Beador and her husband David Beador, the Real Housewives of Orange County has been caught red handed in another lie!

On last night’s episode of the RHOC, Vicki stated multiple times that she was not the one who invited Tamra Judge’s ex BFF Ricky Santana to her birthday party, but Ricky is now showing proof in the form of an invitation and texts, that show Vicky personally invited him to her birthday dinner.

If you recall, it was during Vicky’s birthday dinner that Ricky revealed his shocking claims that he once saw Tamra’s husband Eddie Judge making out with another man. Tamra found out about Ricky’s invite and was livid, but Vicky denied inviting Ricky to both Tamra and her daughter on the latest episode.

“I didn’t have anything to do with Ricky coming. He wasn’t even on my list and you know that,” said Vicki to Tamra. “I did not invite Ricky to my party… You know my heart. I would never do that.”

Well following last night’s episode, Ricky took to Twitter to show proof that Vicky is a liar-face. First he tweeted out the invitation that Vicki sent to him. A screenshot of that is below – 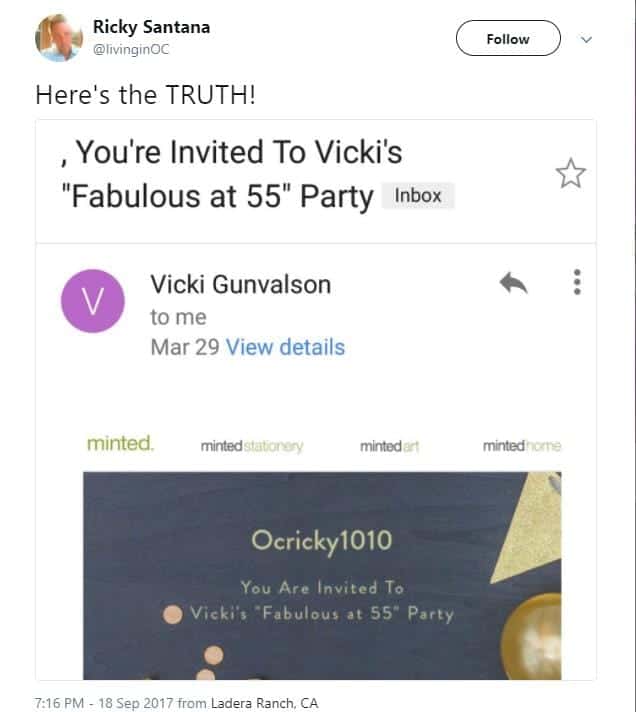 But it didn’t end there as Ricky also shared text messages he exchanged with Vicky confirming she wanted him to come to her party!

Vicky responded to him: “[Tamra] has no clue. Production just said to invite your close friends”. Yikes! Screenshots are below – 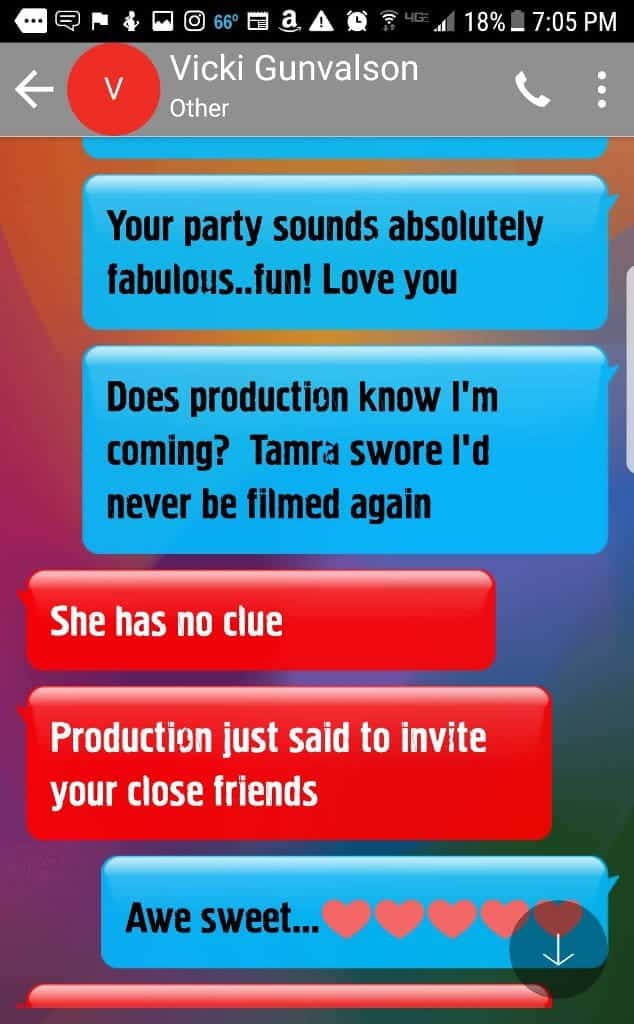 Ricky also appears to have regrets about filming and attending Vicky’s party as he tweeted last night, “Lay down with dogs and you’ll wake up with fleas! #lessonlearned“.

Lay down with dogs and you'll wake up with fleas! #lessonlearned

And it wasn’t just Tamra that Vicky wasn’t honest with. She also appeared to have lied to her daughter Briana Culberson about inviting Ricky.

“Tamra got really mad at me this morning because she found out Ricky was at my birthday party,” said Vicki to Briana. “He’s not even my friend. I don’t even know how he ended up there… I’m not even friends with him.”

Vicky has yet to respond to being caught in yet another lie.  This new information seems to support Tamra’s claims last week that this was a complete set up by Vicky to try to air out dirt about her husband Eddie, though Vicky denied it being a set up.

TELL US – ARE YOU SHOCKED THAT VICKY LIED ABOUT INVITING RICKY?