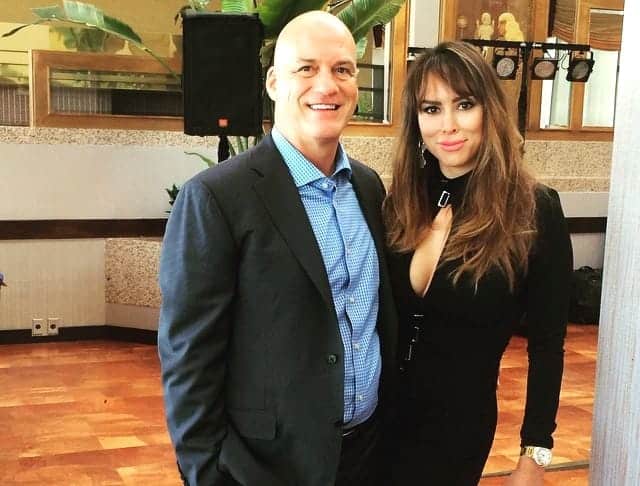 A week after she announced her decision to divorce her husband, Real Housewives of Orange County star Kelly Dodd is now opening up about the final straw that led to that choice.

In a new interview with Entertainment Tonight, Kelly states the fighting between her and Michael Dodd simply became too much to bear.

“It was just, it was not working,” Kelly tells ET. “I guess everyone has a final straw, I just … it was like, just disagreements all the time.”

Kelly goes on to reveal that viewers of the RHOC will get to see the breakdown of her marriage on the hit series.

“You’ll see it [play] out on camera,” she said of what led to her decision. “Just continue to watch [Real Housewives of Orange County] and you’ll see how everything is good, and then just a hardcore left.”

“That’s probably what the course of my relationship is like with Michael,” she added. “It’s either good or really bad.”

Kelly, 42, goes on to reveal she and Michael remain on friendly terms.

“We’re really good friends,” she admits. “He’s my family. He’s part of my family, and he always will be, you know? I always want him in my life. We always want to do things together with [our 10-year-old daughter], Jolie, and it was just, we just can’t live together. That’s it.”

The biggest surprise perhaps is that the couple is still living together in their $5.5 million California mansion which we reported is currently in escrow after being on the market for over a year. You can see photos of the stunning home here.

Kelly closes out the interview by revealing she is looking forward to the future and starting new.

“It’s a new chapter in my life, which I’m pretty excited about,” Kelly says of the impending divorce.  “[I’m excited for] just, you know, spending one-on-one time with my daughter,” she adds. “Getting just really focused … focused on Kelly.”

In more Kelly news, Radar Online is also reporting that Kelly has been getting closer to castmate Shannon Beador as the two women bond over their broken marriages. It was reported yesterday that Shannon and her husband David Beador are currently on the brink of divorce as both are reportedly miserable with their marriage being in really bad shape.

“Surprisingly, after all the drama between the two of them this season, Shannon and Kelly are actually leaning on each other for support right now,” a source close to Kelly tells Radar.  “Shannon knows what Kelly is going through because both of them are stuck in miserable marriages that just aren’t working!”

In addition to their marital problems, the two ladies are also reportedly bonding over their love of alcohol! Seriously folks.

“Shannon knows what Kelly is going through and they both also share the common love of alcohol,” reveals the insider. “Since the season wrapped, the two of them have been hanging out and David cannot stand that fact that his wife is hanging out with Kelly because he thinks she is just awful.”