90 Day Fiance Josh and Aika UPDATE: Are They Still Together? Find Out! 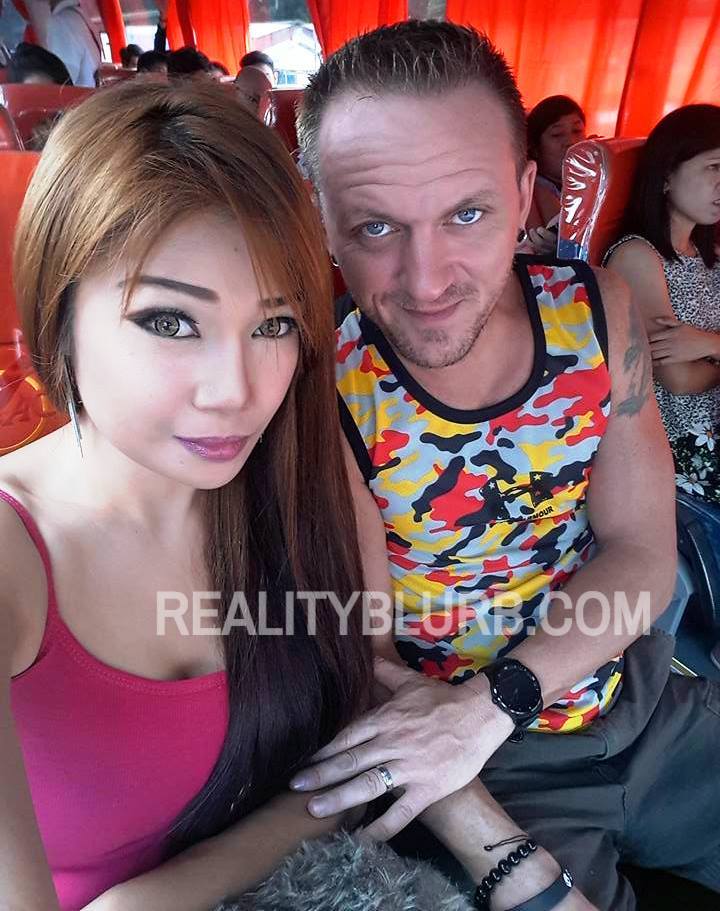 We continue our updates and spoilers of the 90 Day Fiance season 5 couples today with Josh Batterson and Aika! Feel free to check out our previous updates on Luis and Molly, plus Evelyn and David.

UPDATE – Josh’s ex-wife Mel speaks out on his past arrest for alleged domestic violence plus she issues a warning to Aika in our exclusive interview.

TLC describes Josh as a 43-yr-old from Arizona while Aika is a 36-yr-old Philippines native who has ever been married.  Based on the previews of the show, it appears Aika is going to be a controversial figure as some are already describing her as the new Anfisa! Those are some big shoes to fill!

Now onto the big question! Are Josh and Aika still together? Is she in the US? Are they married? See what we found below!

Yes the two are still together and are currently married!  In fact Josh and Aika’s wedding photo is below. They tied the knot in Las Vegas, Nevada on September 7, 2017 according to their marriage certificate which we also uncovered. 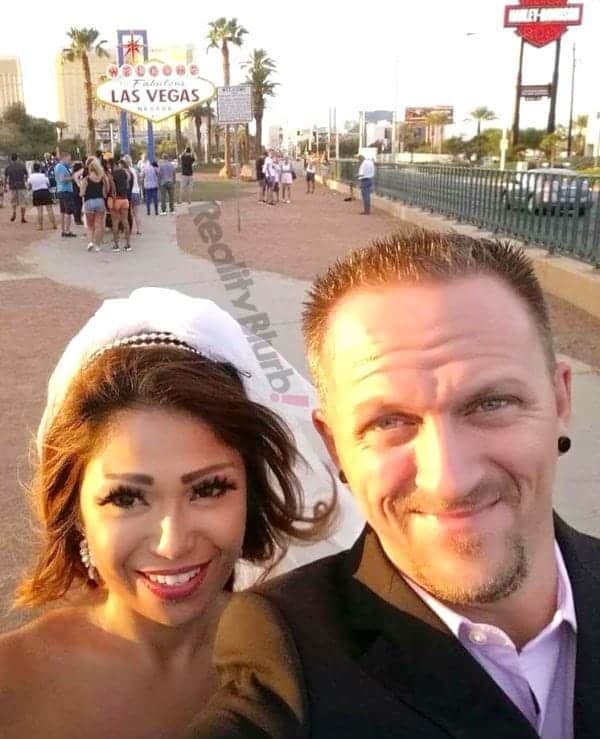 90 Day Fiance’s Josh and Aika on their Wedding Day in Las Vegas!

The next question is are Josh and Aika still together today, months after their wedding? Yes they are! Josh recently shared a photo of himself with Aika on his personal Facebook page on December 10, 2017. That screenshot is below – 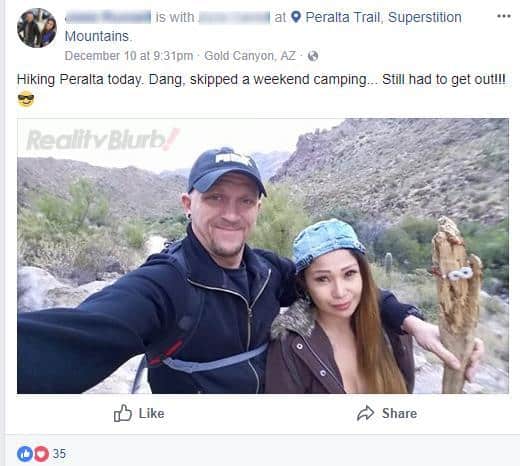 We are blurring out their names because they go by aliases on their Facebook pages which indicates to us that they would like to keep their social media pages private, so we are choosing to respect that. We also uncovered Josh’s past arrest records and mugshot.

Josh and Aika met on a dating app as Josh reveals he was drawn to her profile despite being accidentally matched outside of his local search.  A few months after he began messaging Aika, Josh flew out to the Philippines during which he proposed to her with the plan of bringing her back to Arizona with him. Once in Arizona, Aika had to deal with Josh’s skeptical friends who feared she was only with him for a green card.

Below is a screenshot from when Aika and Josh got engaged back on Valentine’s day in 2016. 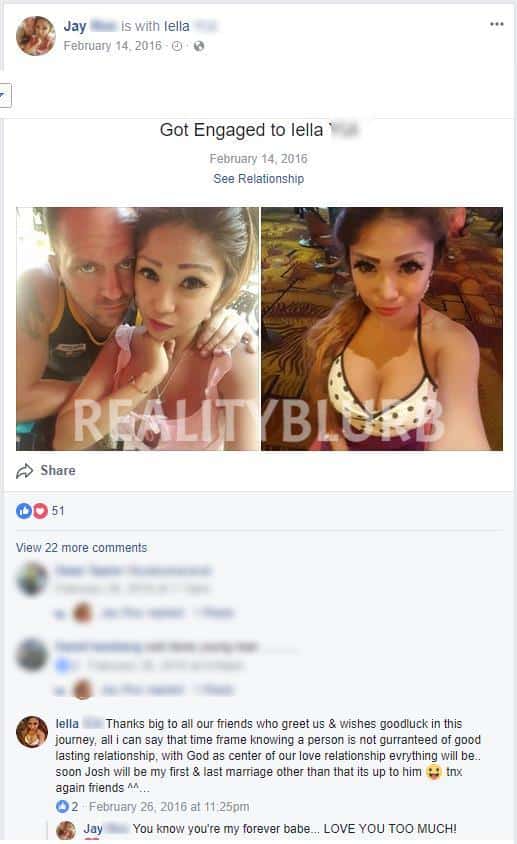 So there you have it folks! You can keep checking back here as we will keep updating this story with any new info we can find!

MORE PHOTOS OF JOSH AND AIKA ARE BELOW! 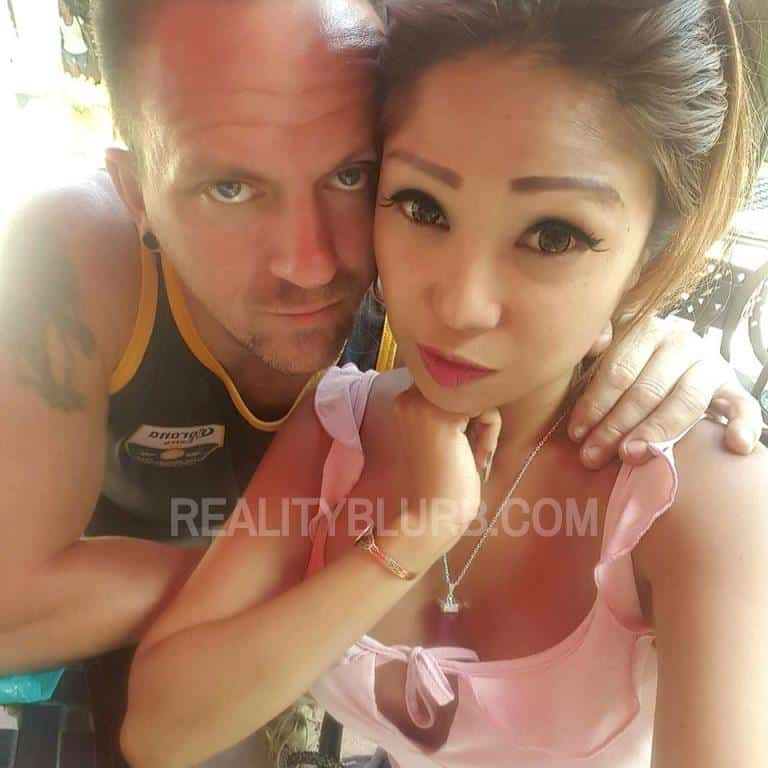 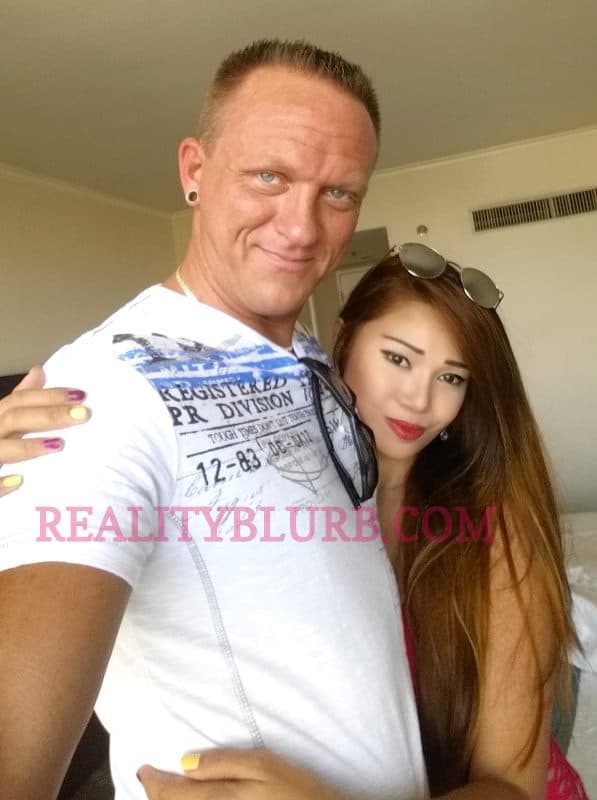 Another picture of Josh and Aika 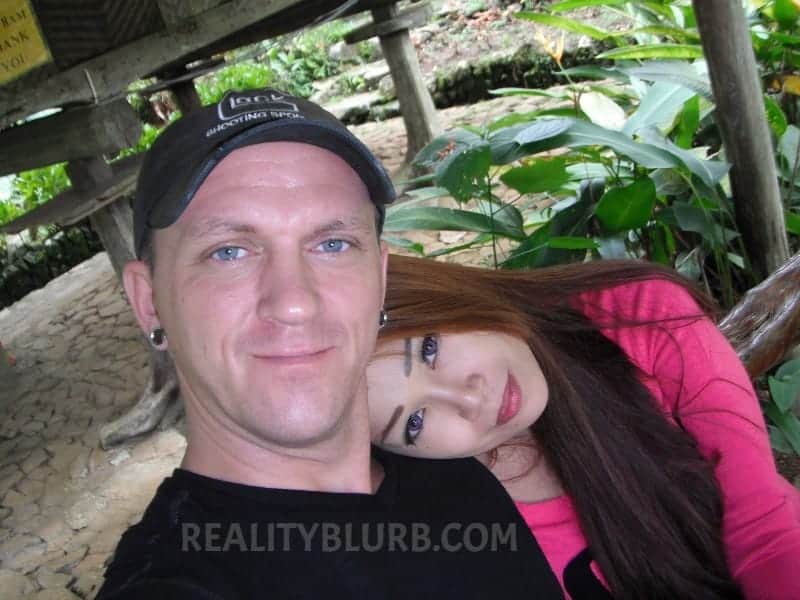 TELL US – WHAT ARE YOUR THOUGHTS ON JOSH & AIKA?