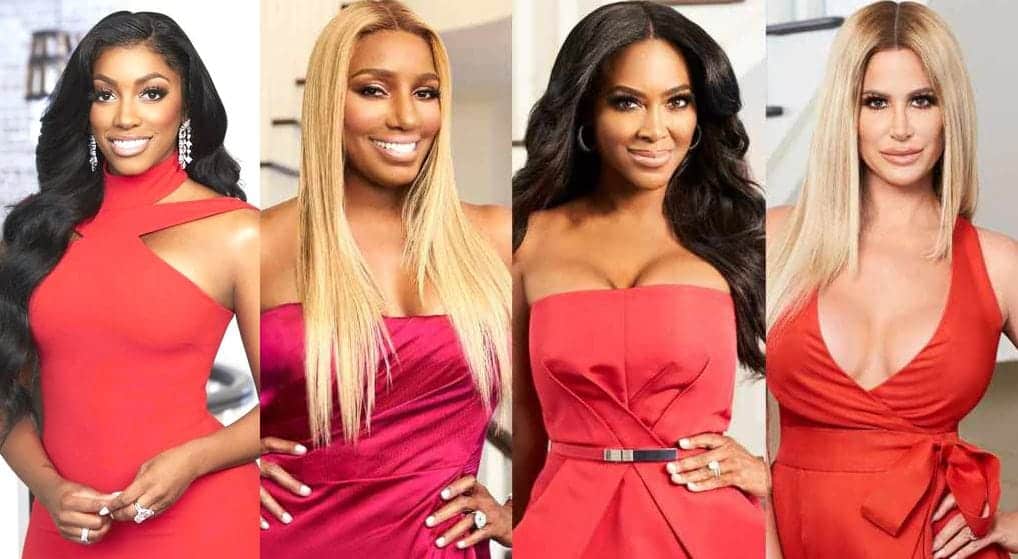 We’re less than two days away until highly anticipated return of the Real Housewives of Atlanta, and we can expect the RHOA ladies will be rehashing some of their old beefs.

In a new preview from the premiere episode, it’s Porsha Williams vs Nene Leakes as Porsha accuses Nene of trying to get her fired!

In the video below,  Nene confronts Porsha during Cynthia Bailey’s 50th birthday party. The reason?  It all has to do with their falling out as they used to be good friends up until a few reunions ago when Nene tried to advice Porsha to stop getting violent with her castmates… which Porsha didn’t appreciate.

“What is your problem?” Nene demands Porsha tell her after she catches wind that she’s being talked about.

Porsha laughs and begins to respond, “NeNe, three weeks ago…,” before Nene cuts her off!

“No, no, if you can’t take it all the way back, I really don’t want to have the conversation,” Nene tells Porsha. “Because I don’t understand why you would take it back three weeks and not all the way back.”

Porsha however dishes it right back when she accuses Nene of trying to get her fired.

“So why did you just lie to Sheree?” asks Porsha. “Yes you did. You just told her that you didn’t say that you wanted me fired.”

“You are fake as hell,” adds Porsha. Wowzers! You can check out that clip below.

While Nene and Porsha are going at it, Kenya Moore and Kim Zolciak will also be getting into it all season long as there is clearly no love lost between these two.

In a recent interview to promote the new season, Kenya makes it clear she was not looking forward to Kim’s return. “The truth is, no one is excited for Kim to be back on the show,” Kenya tells Us Weekly

She goes on to state that she was actually a fan of Kim’s and doesn’t understand why Kim took issue with her.  “I’ve said, ‘I like Kim, I know that she’s not on the show anymore but she seems like a straightforward girl and I like a girl who’s straightforward,’” says Kenya. “Flash forward to her just basically going out in the world and saying she hates me and all these terrible things.”

Kenya also touched on Kim’s parenting especially when it comes to her 20-yr-old daughter Brielle Biermann as she will be shown this season accusing Kim of “pimping out her daughter”.  This stems from the controversial comment or “joke” Kim made a while back when she posted a tweet asking, ‘Who does Brielle have to blow in order to get tickets to John Legend’s concert?’

“I don’t watch her show to know how she parents. I only know what I’ve read,” reveals Kenya. “I only know the things that I’ve actually known to be true, like her smoking while pregnant. While obviously that is not something that a pregnant woman should do. Also the whole world saw her go online and say, ‘Who does Brielle have to blow to get John Legend tickets?’ That’s her daughter. And you’re talking about a sexual act just to get tickets, so that is what I said to Kim.”

It didn’t take long for Kim to respond to Kenya’s comments.

In statement to Us Weekly, Kim wrote: “She doesn’t know me. She didn’t know me pregnant. I can count on two hands how many times I’ve been around this lady, and it’s never once been without a camera… She has no idea who I am. She’s a fan. She reads about me.”

I must say as an old school RHOA fan, I clearly remember seeing paparazzi photos of Kim smoking while pregnant. She however continued to deny it back then despite the photographic evidence.

The Real Housewives of Atlanta season 10 premieres Sunday, November 5 at 8/7c on Bravo.

TELL US – DO YOU BELIEVE NENE TRIED TO GET PORSHA FIRED? THOUGHTS ON KENYA’S COMMENTS ABOUT KIM?