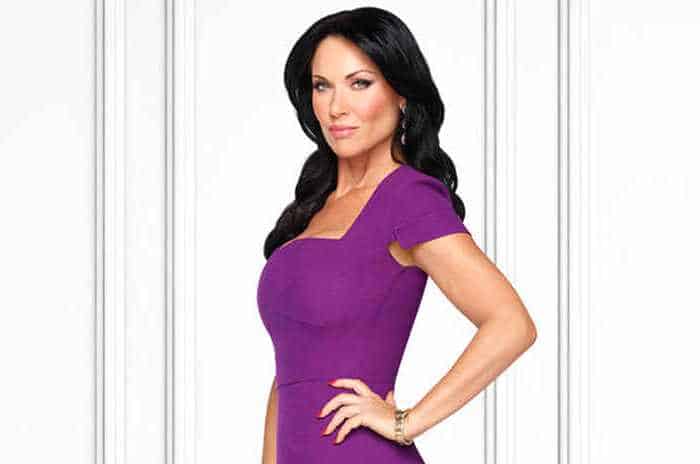 Following the dramatic first part of the Real Housewives of Dallas last night, LeeAnne Locken is clapping back at her castmates who believe she’s always making excuses for her bad behavior.

One major topic of the reunion was PTSD (Post Traumatic Stress Disorder) as LeeAnne claimed to have it in her attempt to explain some of her actions this season. Actions that have included making threats towards her costars, making shocking allegations about Cary Deuber’s husband Mark when she was off camera, and of course the infamous glass smashing towards the end of the season.

Some of LeeAnne’s costars, mainly Brandi Redmond, however didn’t buy that she had PTSD as she had never mentioned it until the reunion despite what Brandi said had been several conversations they have had off camera regarding Brandi’s brother, a war veteran who attempted suicide due to PTSD.

In her latest Bravo blog, LeeAnne insists she does suffer from PTSD and shockingly reveals that it even led to a suicide attempt in the past. LeeAnne also talks her castamtes as she implies Stephanie Hollman and Brandi’s falling out might have been fake, plus she calls out Cary as well by calling her a liar. Below are excerpts from her blog.

LeeAnne reveals she has PTSD from child abuse and a past sexual assault, also sharing it led to a suicide attempt –

“PTSD (Post-Traumatic Stress Disorder) is a mental disorder that develops after a person is exposed to a traumatic event. For instance: sexual assault, domestic violence, rape, child abuse — all of which I have suffered. PTSD causes an increase in a human’s “fight or flight” response. For me, someone who is unwilling to be beaten down again, I go with the fight response. A person with PTSD is at a higher risk for suicide, which I have attempted, and self-harm, which is how I have spent most of my life. Most people who are affected by PTSD come from an assault-based incident. Did I ever want to share this information with these women? No. Could you blame me? No. But after speaking to a behavioral specialist, who works with victims of rape and sexual assault, I finally understood that it is a reaction in me that is very difficult to control. I am blessed to have Rich in my life; he also suffers from PTSD. Together, we work on our triggers and bring peace to one another. The girls trying to act like this is just an excuse is frankly disgusting.

“Surprise! She has it, too!” I don’t have to point it out that Brandi said this as condescendingly as possible. So, when I said to Brandi, “Be careful,” I was simply trying to ask her not to speak disparagingly about PTSD, especially since I knew her brother tried to take his life only a year ago. I thought, incorrectly, that after dealing with this disorder that maybe she would be sensitive to it. I was wrong. So, when she blatantly claimed that I am NOT someone who cares about people with PTSD, I wasn’t surprise.”

“Let’s jump right it into the beginning of this, with the whole Branphanie fight. Over the summer, I would have fought hard to convince you that this fight between Brandi and Stephanie was real and was super painful for Brandi. With hindsight, I honestly question it all. Like Brandi says, a lot of things went into her argument with Stephanie – and I question if Stephanie knows all the reasons for Brandi’s resentment.”

“Having three of my fellow Housewives say they are nervous to be around me is the same as watching the three of them lie. The more intense they can make my actions APPEAR to be, the greater control they think they have over my future in this group. Honestly, no one forced these girls to be around me. They would show up and be with me, attend events with me, and be in my friend circle – all of their own accord. Don’t you think, at some point, at least one of them would have said “I’m uncomfortable?” and decide not to come around me? Any normal person would, but they aren’t actually afraid – that’s why.”

Finally LeeAnne calls Cary a liar, and also throws some shade towards Mark –

“Let’s talk about the surgery scene. Has Cary called Brandi a liar? Yes. Did Brandi lie about what Cary said about her doctor in Plano? No. Cary did, in fact, say that Brandi’s doctor had killed someone on his table. The fact that it was technically not ON his table doesn’t matter. Just because Andy read Brandi’s blog doesn’t mean it was the truth. Please notice that I don’t even remember being butt naked! I was heavily medicated, and I was fighting the sedation — all of this was making me more agitated.

I walked away for one reason: I was upset because I had no idea he was going to be there. It was a closed set. Surprise! Mark went through hair and makeup, got all mic’d up, and got Reunion ready. Should he have had the opportunity to come and address how he treats his child and wife on camera? Totally. But I would have liked a head’s up.”

Oh LeeAnne. First I will say I don’t doubt that she’s being honest about her suicide attempt, and in that regard I give her kudos for her bravery in being open and honest about a difficult topic. With that said, I absolutely agree with some of the ladies that she does repeatedly make excuses for her bad behavior. She says she “owns” it but then tries to make excuses.

She “owned” the awful things she said about Mark before surgery but claimed Brandi baited her. Andy Cohen proved that was false at the reunion, so then it’s the PTSD, which most of her castmates didn’t buy. She says the PTSD triggers her “fight” response in “fight or flight” situations but the issue here is when she smashed that glass and threatened Cary, she was the sole aggressor. She was in Cary’s face being aggressive trying to intimidate her, and when that didn’t work, she turned it up a notch and smashed a glass. Le Sigh. While I was impressed that D’andra Simmons called her out a bit on the reunion, I do think D’andra and Kameron make too many excuses for her. None of her behavior is normal or nor should it be acceptable. Don’t get me wrong, all of the ladies are flawed but LeeAnne just seems to take it to new levels.

TELL US – THOUGHTS ON LEEANNE’S BLOG? DO YOU AGREE THAT PTSD IS TO BLAME FOR HER BEHAVIOR?