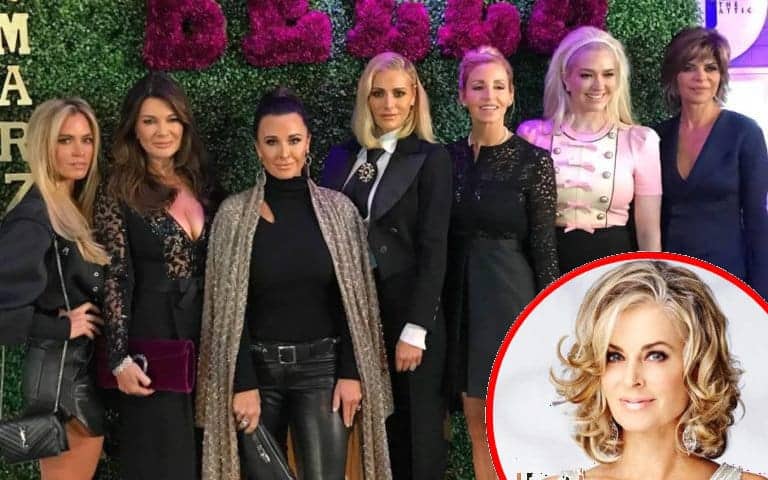 Ready or not, Real Housewives of Beverly Hills season 8 is returning to Bravo next month!

The network just announced the new season will premiere on December 19 at 9/8c. The trailer is however yet to be released.  As previously reported, Adrienne Maloof and Camille Grammer are rumored to be returning for the new season.

A new housewife was also added to the cast. Teddi Jo Mellencamp is pictured above on the far left, and you can read all about her here.

One housewife who won’t be back is Eileen Davidson as she announced her decision to leave the show back in June after three seasons.

In a recent interview, Eileen opens up about the real reason she chose to walk away.

“For three seasons I got to live in an alternate universe, which was interesting and bizarre and, because of my full-time job on Y&R, very stressful,” says Eileen to TV Insider. “There was absolutely no bad blood, but I just didn’t want to spend any more time with that kind of energy in my world.”

When it comes to a possible return or cameo, Eileen shuts it down. “They’ve asked me to come back a few times, but I’m not in that mind-set anymore. I left the show for the exact same reason I decided to join it in the first place: Life is short,” she shares.

So does she have any regrets about doing the show?

Eileen states, “I’ve had people say to me, “I’m so glad you left that show because it can do such damage! I think for sure it’s going to ruin Lisa Rinna!” And I say, “Are you kidding me? Her QVC line alone is bringing in 50 zillion dollars a year!” I mean, this chick is off the charts! She just guest starred on The Middle. She’s coming back to Days. She’s killing it! I don’t think there’s any problem with anybody’s reputation or career when they do Housewives. Ever. I’ve had no negative repercussions at all. If anything, it was a tremendous learning experience. I have no regrets.”

In addition to her role on ‘The Young and the Restless‘ as Ashley Abbott, Eileen has also returned to Days of our Lives to reprise her role as Susan Banks.

TELL US – YOU ARE EXCITED ABOUT THE NEW RHOBH SEASON? WOULD YOU LIKE TO SEE EILEEN BACK?