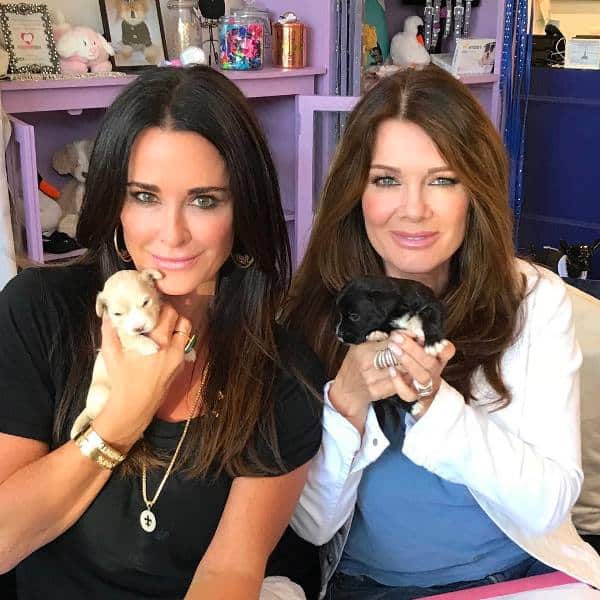 Real Housewives of Beverly Hills star Kyle Richards is opening up about her health struggles and the chronic pain she experiences.

Kyle, 48, revealed that she has been struggling with fibromyalgia for years on the latest episode of The Healer, a TLC show which features Charlie Goldsmith using energy to try to help heal people.

“My mom was diagnosed with breast cancer, but as my mom was sick and taking care of her I started feeling really sick myself. I went to a lot of different doctors and they would say, ‘Oh, you’re just depressed because your mom died.’ And I was like, ‘I’m just not buying that it’s only I’m depressed. Why am I having all these crazy symptoms?'” shared Kyle.

She continued, “Then I was talking with someone and she said, ‘You have fibromyalgia. Everything you just said is fibromyalgia.’ So I went to this doctor who specializes in it, and he asked me a lot of questions. All of a sudden I felt like I had an answer and I felt better because it caused so much anxiety.”

Kyle also opened up about how her life would change without the chronic pain. “That would be amazing to think, you know, that I could just be free of these symptoms and my husband would never have to hear about it again,” Kyle said.

So was the healer able to help Kyle? Well she stated that she felt a “warm, tingling sensation going through the area that bothers me most.” Those areas include her neck and shoulders.

In other BH news, Lisa Vanderpump is teasing what we can expect from the upcoming season of the show in a new interview. As we reported last week, RHOBH season 8 returns to Bravo on December 19.

“I would say I might be a little in the middle of the mudslinging,” said Lisa to ET Online. “But it was still a good season for me.”

“My fans are so supportive,” Lisa continued. “I hate saying ‘fans,’ but the people that support me so are protective, so yeah. I mean, they might jump a little bit, but it still was a great season for me. I had a wonderful time.”

Lisa also confirmed Camille Grammer will indeed be returning! It’s been rumored that Camille will return as a full time housewife.

“She’s on the show,” Lisa noted of Camille. “You’ll see quite a bit of her, which I’m happy about.”