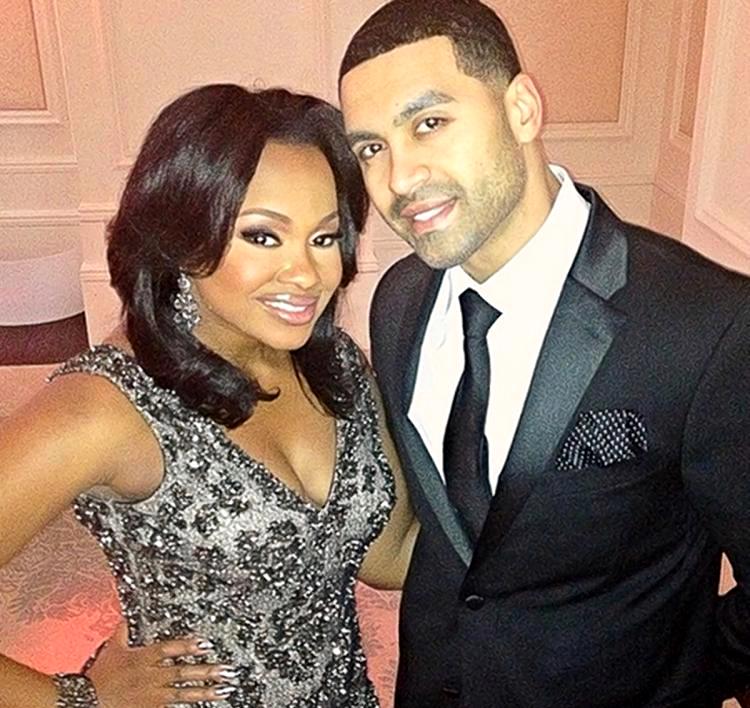 Just weeks after actor Shemar Moore was forced to deny he was dating her after she kind of implied they were, has Phaedra Parks been caught in a lie ?!

It’s really hard to keep track at this point. The former Real Housewives of Atlanta star gave a new interview to a media outlet this week during which she opened up about her divorce from Apollo Nida and getting back on the dating scene.

Okay, all seems kosher. There was however a comment from Phaedra that was quite eyebrow raising. See in the interview, Phaedra, 44, claimed she and ex-husband Apollo, 39, were high school sweethearts. The problem you ask? Well let’s just say she has also revealed in the past that they started dating while she was in law school!

“I wasn’t holding on to him,” Phaedra told Us Weekly this week on why her divorce took so long. “He kept appealing the divorce and finally it was granted. Apollo and I started dating in high school and now I’m in my early 40s, so it was time to go. That’s almost a lifetime. Thank God it’s over, but thank God it happened because we have two beautiful kids.”

Where to start? Well, for starters, there is a six year age difference between the two which makes it highly unlikely they were ever in high school at the same time.

But the most damning evidence was a December 2010 appearance by both Phaedra and Apollo on Watch What Happens Live.

Host Andy Cohen asked them how they met (this was during Phaedra’s first season on RHOA), and it was stated they met in 1996. Apollo even told an elaborate story about how they met on the highway before eventually exchanging numbers.

“I was chasing her through traffic for a little bit and the next thing you know, we’re like merging on the same exit. So she’s like follow me. And then I followed her to her house,” explained Apollo on WWHL.  “We exchanged numbers and then we just started dating from there. Of course I lied to her about my age and what not. She was still in law school and I was still in high school.”

Phaedra nodded in agreement while Apollo spoke. And in a separate interview two years later, Phaedra repeated the story of how they met on the highway.

To sum this up, it is absolutely impossible Phaedra dated Apollo in high school if she met him in her 20s. So was this a slip of the tongue? Or an intentional and unnecessary lie? We’ll let you be the judge of that!

TELL US – DID PHAEDRA INTENTIONALLY LIE? OR INNOCENT MISTAKE?

In this article:Phaedra Parks, Apollo Nida