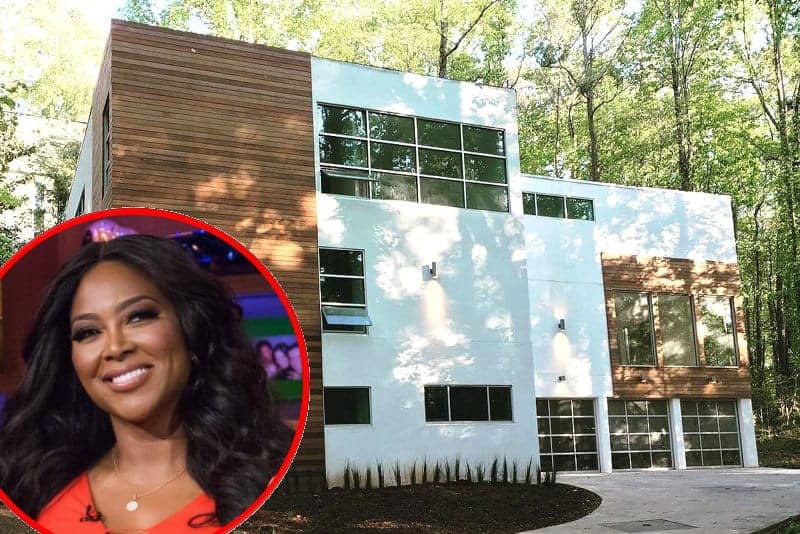 Is Kenya Moore in danger of losing her home?

That answer would be a yes! The Real Housewives of Atlanta star’s mansion aka Moore Manor is now scheduled to be auctioned off in a matter of days due to unpaid tax bills.

The Fulton County Sheriff released their December list of Property Tax Sales and Kenya’s home happened to be on the list.

A quick search of her home property records show the 46-yr-old Bravo reality star currently owes $6,010.26 in county property taxes for the 2017 year. 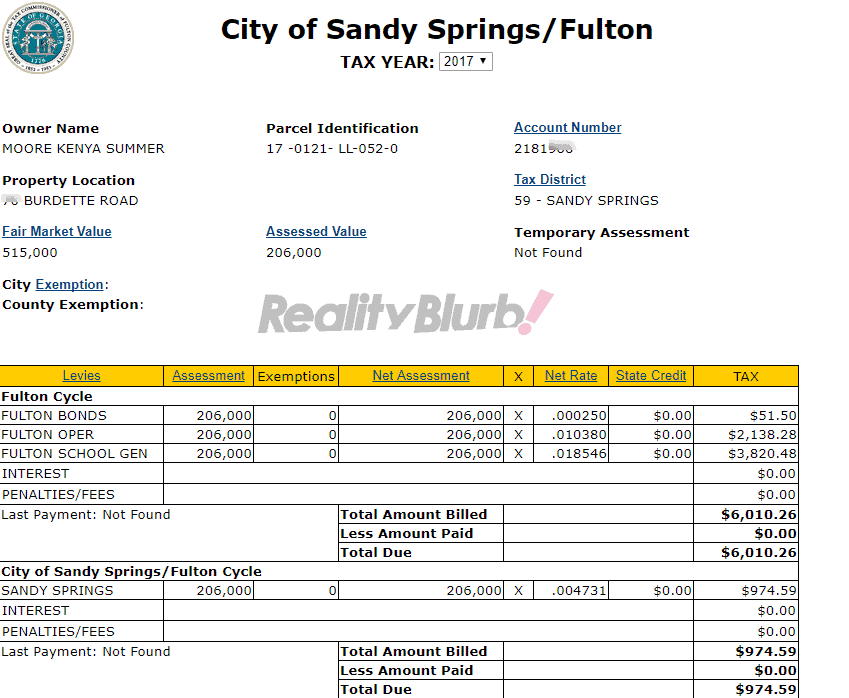 This is a pretty small amount considering Kenya paid $515,000 for the 7200 sq ft home back in 2015 before doing a full renovation on it. So it’s possible she simply forgot to pay the bill.

In fact this has been a pretty busy year for Kenya who eloped with husband Marc Daly back in June. Since tying the knot, she’s been traveling back and forth between Atlanta and New York, where her husband resides and runs his restaurant.

Kenya also revealed on the season premiere episode of RHOA that she was planning to move out of her home so she and Marc could get a new home together.

The good news is Kenya still has time to pay her taxes and get her home off the auction block! It is not scheduled for auction until December 5 at the Fulton County Courthouse.

UPDATE – The StraightFromtheA blog is reporting that Kenya has paid her taxes and is now fully paid up to date. Whew!

In the meantime below are some photos of the interior of Moore Manor!

Thank you #RHOA fans and #teamtwirl for all the well wishes on the completion of #mooremanor You followed me through my entire journey when my house was just sticks and had no electrical, plumbing, heating or cooling, floors, hell, I didn't even have a front door. Now my 7200 square foot #modernhome is COMPLETED. Yes, I rushed to do my housewarming but I gave the people what they wanted and they wanted to see #mooremanor I'll be posting more photos on my @bravotv blog at bravotv.com #kenyamoore #RHOA #SheDidThat #SelfMade #ITwirlOnMyHaters #IDidItYouCanToo 😘👸🏾

We do have to give credit to Facebook user F. Murray who first broke the news.

TELL US – WOULD YOU BID FOR MOORE MANOR?

In this article:Kenya Moore, Marc Daly