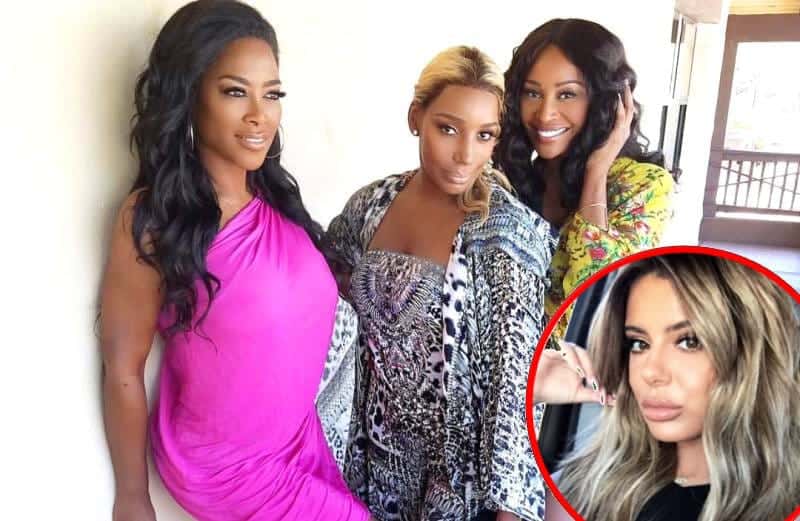 Real Housewives of Atlanta star Kim Zolciak stated just a week ago that kids were off limits when it comes to her costars making not so nice comments about her daughter Brielle Biermann. The only issue with Kim’s reasoning however is that Brielle, 20, refuses to stop dissing the ladies of RHOA.

The latest is that Brielle has succeeded in reigniting her feud with RHOA castmembers Nene Leakes and Kenya Moore after she commented on a photo of them with Cynthia Bailey.

The Shade Room shared the above photo of Nene, Kenya, and Cynthia on Instagram, and asked their millions of followers to give them a girl group name. Brielle commented within minutes by writing “Xstinct,” which happens to be a play on words as Kandi Burruss‘ musical group is called Xscape.

Unfortunately it didn’t end there as Brielle later doubled down on her comment by writing, “relax it’s all fun and games. I wish the golden girls happiness.”

A screenshot of Brielle’s comments are below. 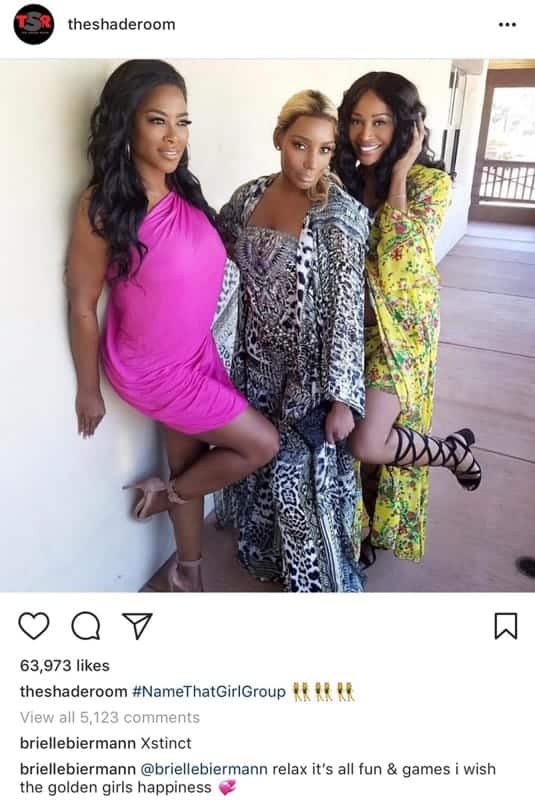 As for the RHOA ladies, they have yet to respond to the latest attack by Brielle, perhaps attempting to take the high road and not engage with her.

Brielle’s feud with Nene started in October after Nene slammed her for secretly taping a bug crawling on the guest bathroom floor of her home and uploading it to Snapchat. Even worse, Brielle incorrectly identified the bug as a roach which really set Nene off and got the ball rolling on Roach-Gate. This led to Nene calling Brielle and Kim “trashy” and “prejudice.”

It’s safe to say the reunion will be highly explosive based on all this drama. Perhaps Bravo will even invite Brielle.

TELL US – WHAT ARE YOUR THOUGHT ON BRIELLE’S DISS?