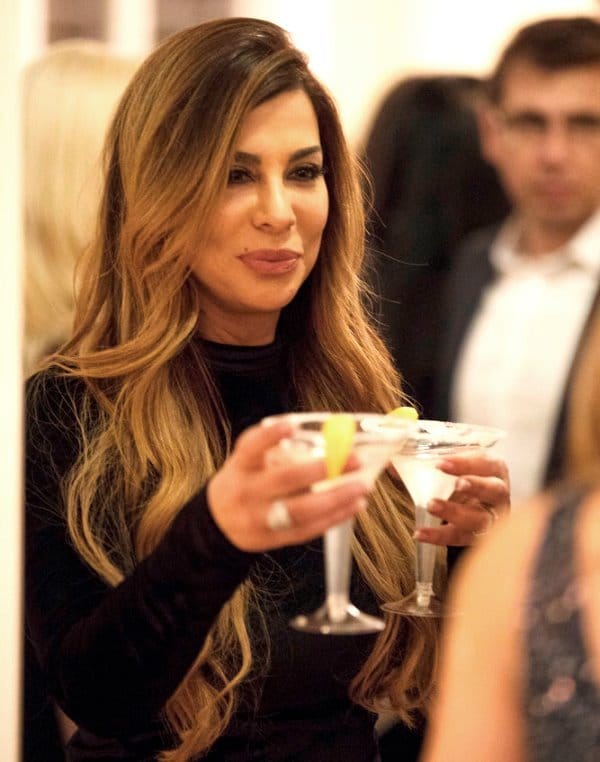 It’s now been two weeks since Siggy Flicker announced her stunning decision to quit the Real Housewives of New Jersey, which brings us to the all-important question which is does she regret her decision ?

Well according to Siggy, she has no regrets about her decision to walk away from the Bravo hit show .

“I’ve never been so happy with my decision,” Siggy, 50, tells Radar Online.

As we reported, Siggy quit the show mostly due to her nasty feud with NJ newbie Margaret Josephs in addition to what she felt was unfair editing by the Bravo network. In her new interview, Siggy goes into further detail on her reason for exiting the RHONJ.

Siggy also slams what she calls unfair editing by the network and show producers.  “I’m over the top, I’m loud, I’m full of life. I‘m TV gold and I did not deserve to be treated the way I was treated,” she states.

And when it comes to her RHONJ castmates, she makes it clear they are still Team Siggy… well with the exception of Margaret of course.

“I love Teresa, I love Melissa and I love Dolores and they’re going to rock next season. And they all reached out. Because we are real friends,” says Siggy.

Following her announcement that she had quit the show, Siggy released the following statement – “After much reflection and Bravo’s support, I have decided that this will be my last season on The Real Housewives of New Jersey. I am grateful to the network for allowing me to be part of this successful franchise and wish only the best for Teresa, Melissa, Dolores, Danielle and Margaret. At this time, I want to focus on my beautiful family, my growing business and some exciting new projects.”

TELL US – DO YOU THINK SIGGY WILL ULTIMATELY REGRET QUITTING THE SHOW?