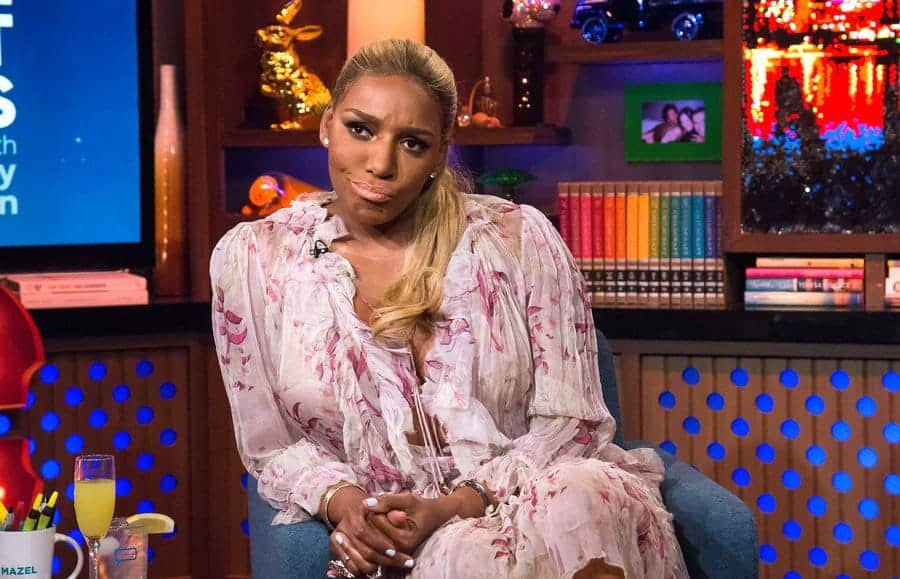 Just as viewers of the Real Housewives of Atlanta are dealing with this season’s drama involving Nene Leakes and whether or not she made comments about wanting Porsha Williams fired from the show, Nene is stirring things up once again as she states she now wants not one, but two of her castmates gone!

In a new interview with TooFab, Nene reveals the show could use a bit of a casting change.

“In my opinion, yes — the cast should be changed up a bit,” said Nene. “If I had it my way, I would get rid of two girls and bring in two new ones for excitement. You know, after a while with some of the girls, they just don’t have anything going on exciting enough to be a main cast member.”

So who exactly are these two lucky ladies that Nene wants fired? She’s not telling! “But I better keep who I think should go to myself because the moment I say anything, all hell breaks loose,” added Nene.

Well that’s no fun as we now have to play the guessing game. Though judging from her interactions with her castmates this season, both on and off the show, it’s safe to assume she is referring to Porsha and Kim Zolciak!

And just in case we needed more proof on the identity of the two RHOA cast members Nene wants fired, she gives it to us when she disses Porsha and slams Kim in another recent interview.

“I’m really surprised Porsha and I are even having a beef on the show this season,” said Nene to Extra TV! “I think she created it, she created some s–t.”

When it came to Kim, Nene didn’t even want to acknowledge her.

“Who?!” asked Nene when Kim is brought up. “This is no shade to nobody, I will not have anything to do with Kim. I have nothing I ever need to say to Kim. I am not harboring any bad feelings, I just know this person and I will never be anything. I never want to say anything to her. I think if you cut her open, worms and slimy nastiness will come out of her. I think she is a slimy, nasty person for real.”

Interesting. It’s safe to assume these latest comments by Nene will only stir up more drama. You can watch the video of her interview below.

TELL US – WHAT ARE YOUR THOUGHTS ON NENE’S COMMENTS? DOES RHOA NEED A CAST SHAKE-UP?