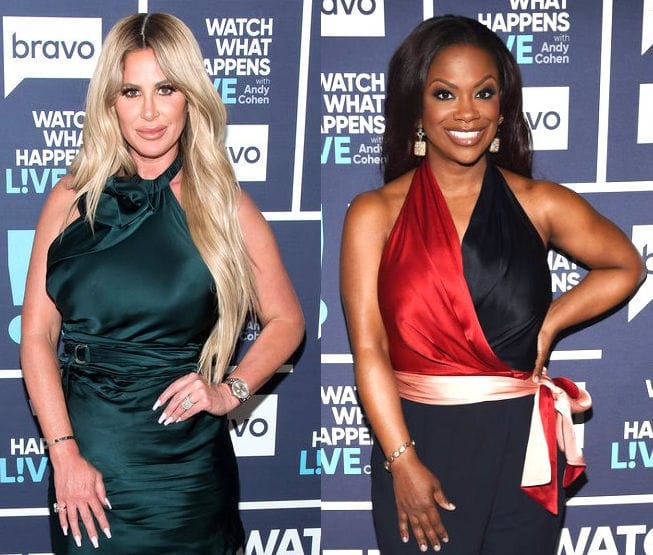 Days after Kim Zolciak insinuated that former friend Kandi Burruss made a move on her during an episode of the Real Housewives of Atlanta, she is now denying it ever happened.

If you recall, during a lunch with Sheree Whitfield, Kim appeared to claim to Kandi once tried to hook up with her, something Kandi vehemently denied during a Twitter war that took place the same night that episode aired. Kim had an opportunity to clean up her comments or clear the air back then but failed to.

Fast forward to now, and Kim is taking to her latest blog to finally tell the truth, saying Kandi has never made a pass at her, and blaming editing for making it appear that way on the show. She also states that she was taken aback by the way Kandi reacted to her comments. Below are excerpts from Kim’s Bravo blog –

“I need to address this stuff with Kandi: Saying I wouldn’t let someone “lick my box” is totally and completely different than saying she TRIED! There have been points in my friendship with Kandi where there has been tension, disagreements, etc. and out of my knowledge about how open she is with her sex life, I jokingly said the tension might be from me not letting her lick my box. I never said the phrase, “I swear on my kids I wouldn’t let her lick my box.” Two different sentences said at two different times. All that being said, Kandi and I both know what has gone on during our entire friendship and for her to react the way she has was alarming to me and shows just how far the disconnect is after being gone so long. I had and do have a friendship with Kandi, and I have dealt with this the way friends should.

My final thoughts: To be called names and attacked puts someone in a very defensive position. My behavior is a direct reflection of that. We can circle back around to where these women have brought me down to their level of unhappiness, and I didn’t do a great job of keeping my energy in alignment with who I am as a person; however I am happy that I can take this opportunity to better myself and learn from this and continue to grow. Maybe some others should try this as well. It’s evident that their talks of “energy” and “positive energy” are just a “show” and a mockery of me, because their behavior reflects the direct opposite of that. It’s clear they have no idea what they are talking about in regards to the belief system which they keep referring to, by how they act and by what they say. Keep studying, ladies! For all my fans, I hope this shines some light on this situation.”

Moving on to more positive news as Kenya Moore and Kandi recently went out on a double date with their respective husbands Marc Daly and Todd Tucker!

The foursome dined at the SoCo restaurant, owned by Kenya’s husband, in New York this week and Kandi shared a photo of the outing on her Instagram. She wrote, “My hubby @todd167 had a great time with @thekenyamoore & her husband Mark. The food at his restaurant @socobk was awesome!!!” 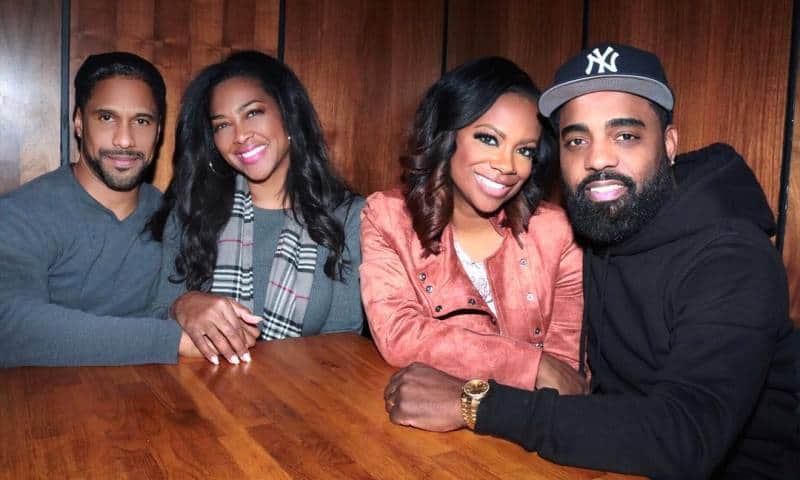 Kandi is also celebrating her debut on Broadway this week as she’s starring in the Chicago musical. Congrats to her! A new episode of RHOA airs tonight on Bravo at 8/7c.

TELL US – ARE YOU SURPRISED KIM IS NOW BACKTRACKING? WAS IT BAD EDITING OR A LIE?