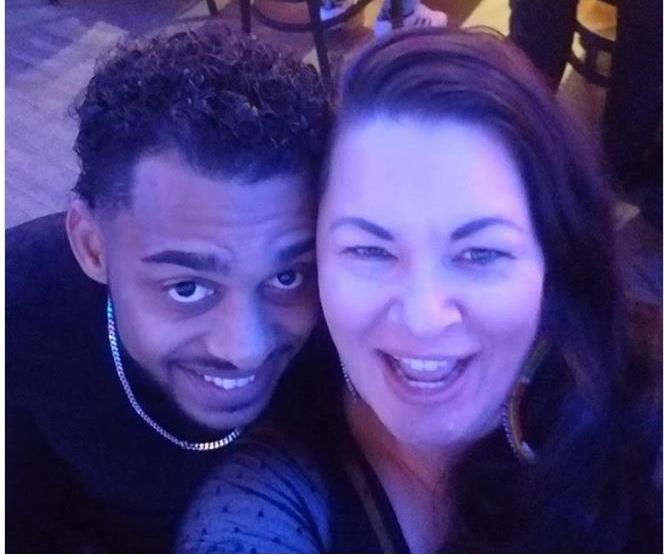 You can always count on some drama when it comes to the 90 Day Fiance cast and today Luis Mendez is at the center of it!

Moments ago, Luis, who revealed earlier this month that his estranged wife Molly Hopkins was planning to divorce him, went on an epic rant against the TLC network. In his post, he accuses the network of ruining his life, says they never paid him for doing the show and the biggest shocker of all is his revelation that he is planning to sue them. Good luck with that one buddy!

Luis wrote on his Instagram, “TLC is a piece of s**t, they only use the immigrant people for make million dollar, they don’t pay to us in the first 90 days and they destroy our lives with bad fame, but I don’t receive any money, only the American people bc we are trash for them.”

He then threatened to sue the network, adding: “Immigrant people only are trash for TLC. I want to meet a lawyer in NYC to sue those bastards.” 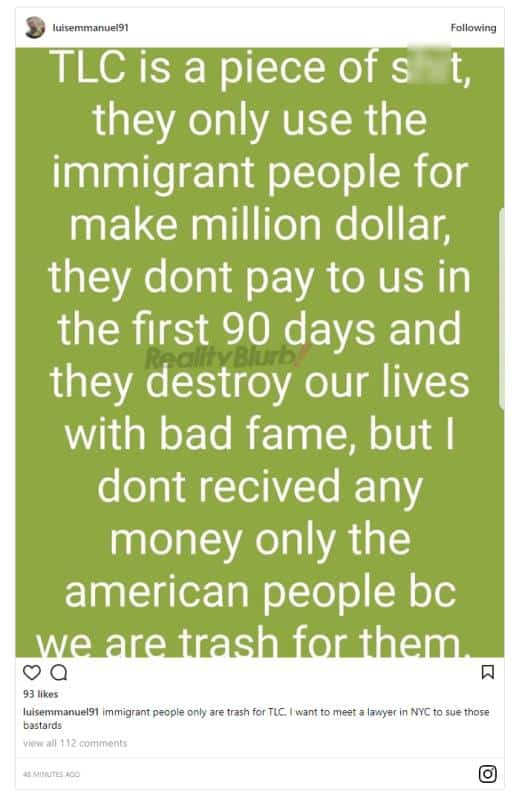 Luis’s post confirms our earlier salary report which stated that when it comes to the couples on the show, only the Americans get paid as the foreigners typically don’t have their work permits yet during filming. So in TLC’s defense, this might just be a legal issue.

As for the lawsuit, he would have a very hard time winning any lawsuit against the network as most networks and production companies make their reality stars sign a TON of paperwork which pretty much makes them lawsuit-proof when it comes to any litigation.  These contracts give them permission to edit the show and characters in any manner they wish without any liability.

A good example of this was a lawsuit filed against the show by Mark and Nikki from season 3. In the lawsuit, Mark accused the network of unfair editing. The result you ask? Well the Starcasm blog reported last year that the lawsuit was ultimately tossed out by a judge on the basis that the couple signed a contract that allowed TLC to edit them any way they wanted.

Luis has been on the receiving end of some major backlash from 90 Day Fiance fans due to the way he treated Molly on the show aka his decision to walk away from their secret marriage during filming. The couple reunited before the reunion but Luis revealed earlier this month that Molly had informed him she was planning to file for divorce.

TELL US – THOUGHTS ON LUIS’S RANT? DO YOU FEEL SORRY FOR HIM?