Home Real Housewives of Beverly Hills News RHOBH’s Lisa Vanderpump Says She Can Only Protect Dorit Kemsley So Much: “Take Responsibility For What You Say”

RHOBH’s Lisa Vanderpump Says She Can Only Protect Dorit Kemsley So Much: “Take Responsibility For What You Say” 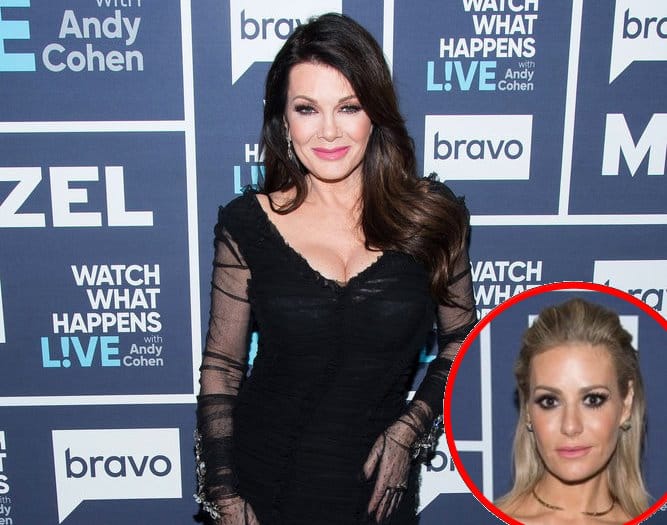 Dorit Kemsley might want to demand a raise for the next season of the Real Housewives of Beverly Hills as she is arguably the only one bringing any drama to the show this season.

Dorit has gotten into it with both Camille Grammer and Teddi Jo Mellencamp which resulted in her recent apology tour on the show. So what does Dorit’s friend Lisa Vanderpump think of her behavior?

“I mean, I kind of try to defuse it by laughing,” said Lisa to the Bravo Daily Dish podcast. “Because there’s no really appropriate way you can call Camille Grammer a ‘C-U Next Tuesday’ and get away with it especially since she was in front of her new boyfriend.”

Lisa then reveals she did try to stop Dorit from stepping in it during Kyle Richards’ dinner party to no avail. “I was kind of, like, a little wary,” recalled Lisa. “I think I tried to put a napkin over her mouth, like this. So how far can you go? I’ve given you the signals that you need to pay attention, but ok, you’re on your own.”

The interview then took an interesting turn when the very diplomatic Lisa is asked if she and pal Dorit are still close these days.

“Yeah we are but I think you can only protect somebody for so much,” answered Lisa. “I think you’ve got to really take responsibility for what you say on a reality show.”

When asked what conflicts we can expect later on this season, Lisa teases they will mostly involve newbie Teddi.  “I like Teddi but she didn’t have the best relationship with all of them,” stated Lisa.

TELL US – THOUGHTS ON LISA’S COMMENTS ABOUT DORIT?