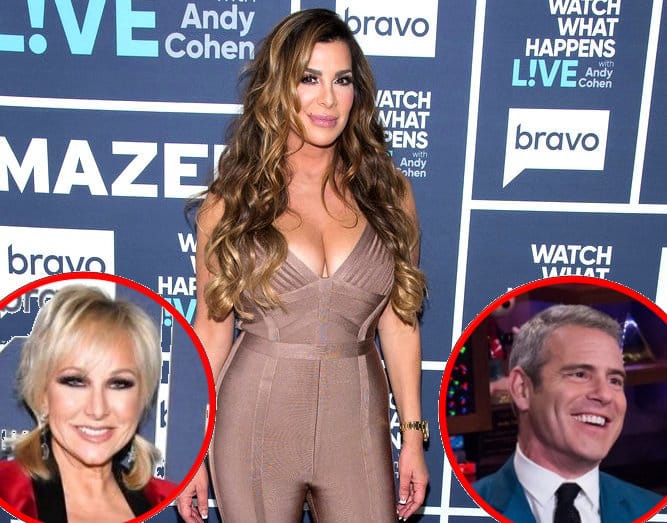 Siggy Flicker might have quit the Real Housewives of New Jersey a few weeks ago but the show and especially her archenemy Margaret Josephs still appear to be weighing heavily on her mind!

In fact Siggy is now slamming Margaret and seemingly taunting her over her recent financial struggles which includes her reported foreclosure and million dollar lawsuit against her company. In a shocker, Siggy states that Margaret’s foreclosure and lawsuits are a result of her karma. Yes she went there.

She is also slamming Bravo and the RHONJ as she states they reward bad behavior, while throwing some shade at Andy Cohen for his actions during the recent reunion.

First Siggy taunts Margaret’s financial issues by tweeting, “Lawsuits. Stealing other people [sic] hard work and claiming it as your own. Bankruptcy. Foreclosure. Please advise her trolls to set up a go fund me page & help her.”

She then states that Margaret’s foreclosure and lawsuits are her karma. Yikes. When a fan tweeted Siggy that karma will take care of her enemies, Siggy responded by tweeting, “It already has. Lawsuits. Foreclosures Bankruptcies. Happy to be free.”

Screenshots of Siggy’s classy tweets are below – 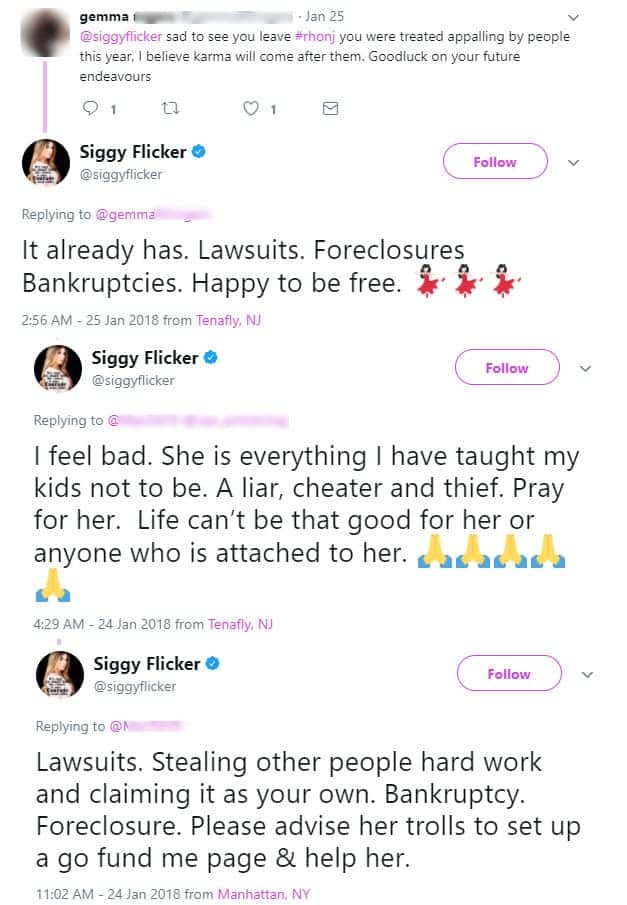 Perhaps someone should let Siggy know that it’s not good karma to take glee in the downfall of others.

Oh but there’s more as she took a parting shot at the RHONJ and Bravo by stating they reward bad behavior. Okay she might have a point with that one!

She tweeted, “It’s a Wrap! We teach our kids not to lie, cheat or steal. So why would anyone remain in an environment that rewards just that? Leave the toxicity behind & immerse yourselves in projects that U are passionate about & that is exactly what I am going to do!”

It’s a Wrap! We teach our kids not to lie, cheat or steal. So why would anyone remain in an environment that rewards just that? Leave the toxicity behind & immerse yourselves in projects that U are passionate about & that is exactly what I am going to do! – Siggy Flicker pic.twitter.com/ipmokgTKz6

Finally, she makes it clear that she wasn’t happy with what she perceived as Andy taking the side of Margaret during the RHONJ reunion. See Andy, who is also Jewish, basically shut down Siggy’s claims that Margaret was out of line for referencing Hitler in an analogy.

When a fan tweeted to Siggy and Andy that she and some others found the Hitler analogy absurd, Siggy responded by stating: “He had to protect his franchise & had to say that. Production already failed glorifying her as a powerhouse. She has no money. No business and being sued for millions. They had to throw her a bone. I am so proud of myself. I did not back down and never will.” 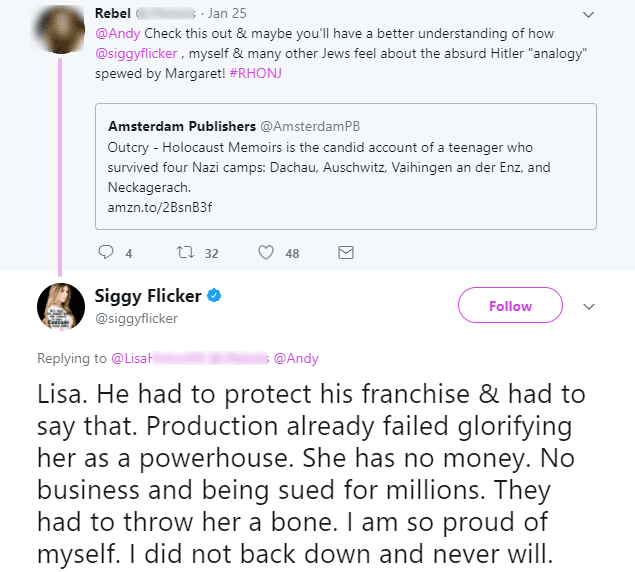 She also re-tweeted a lot of fans who felt Andy was wrong to defend Margaret. So there you have it. Siggy might have quit the show but she has yet to quit tweeting excessively about it!

TELL US – DID SIGGY GO TOO FAR WITH HER COMMENTS OR IS IT FAIR GAME?