Nene Leakes Responds to Rumors She Dated Tyrone Gilliams! Plus Sheree Speaks Out 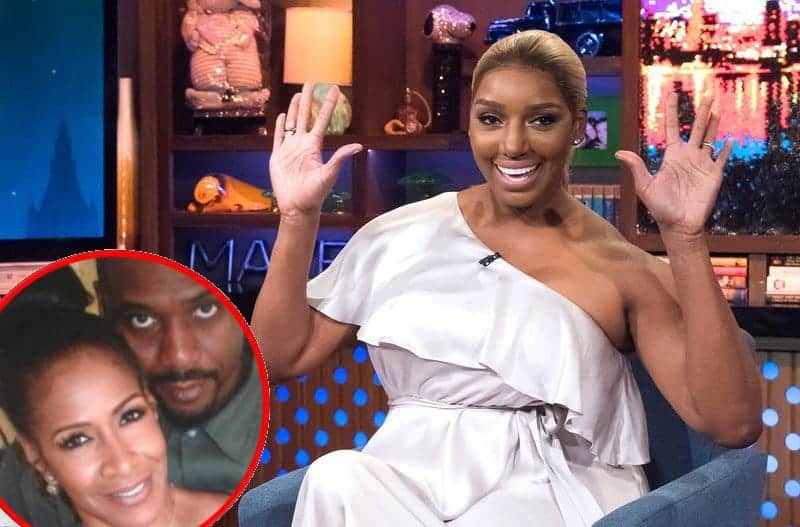 Did Nene Leakes have a past fling with Sheree Whitfield’s prison bae?

That is the question many Real Housewives of Atlanta viewers have after Sheree’s boyfriend Tyrone Gilliams, who is currently incarcerated, insinuated on the last episode of the show that Nene tried to make a move on him while she was still married. Someone please get Tyrone a peach!

“She was just running her mouth about me? How long has Nene been married?” asked Tyrone during a prison phone call to Sheree. “Is she married? Nene should never want to speak anything negatively about me. She don’t want to go down that road.”

Well in a new interview, Nene is addressing the rumors and insinuations head on, while also calling Tyrone an “opportunist.”

During her appearance on the RHOA after show, Nene denied ever making a move on Tyrone though she does admit they went out once during the period she was going through her divorce with husband Gregg Leakes.

“I was going through a divorce at that time and we were staying at the same hotel and he was with another girl. Of course they were super thirsty and came over and, you know, ‘Hi, want to meet you. Love to take you out to dinner.’ We went out to dinner in a group setting and then, later on, he called me on his own and wanted to go out to dinner and, uh, well you know…” said Nene leaving us hanging with a major cliffhanger!

So was this a date?  “Well I am Nene Leakes honey. I give free dinners every now and then,” was Nene’s response, adding: “There was no attraction at all.”

She continued, “Of course Tyrone is an opportunist. I mean he tried to talk to me. He ended up talking to Sheree. And I just find it very odd when guys are like trying to move around a circle of girls.”

Sheree also gave her take on the issue on the RHOA after show. “I kind of know what he meant by that,” said Sheree when asked what Tyrone meant during his phone call. “So Nene met Tyrone before I met Tyrone. Tyrone was in Miami with I guess a girlfriend at the time. Nene saw them. She went and befriended the girl. But ultimately I think she liked Tyrone.”

When asked if things ever got physical between Nene and Tyrone, Sheree went into mean girl mode and stated: “No… She’s definitely not his type.”

Moving on to tonight’s all new episode of RHOA which will officially introduce new cast member Eva Marcille to the show. As reported, Eva was apparently brought on by the RHOA producers to replace Kenya Moore. The reason? The producers were upset with Kenya’s attitude during filming, plus her husband’s refusal to film for the show.

Below is a sneak peek of tonight’s episode. It airs at 8/7c on Bravo.

TELL US – THOUGHTS ON NENE’S INTERVIEW AND SHEREE’S COMMENTS?