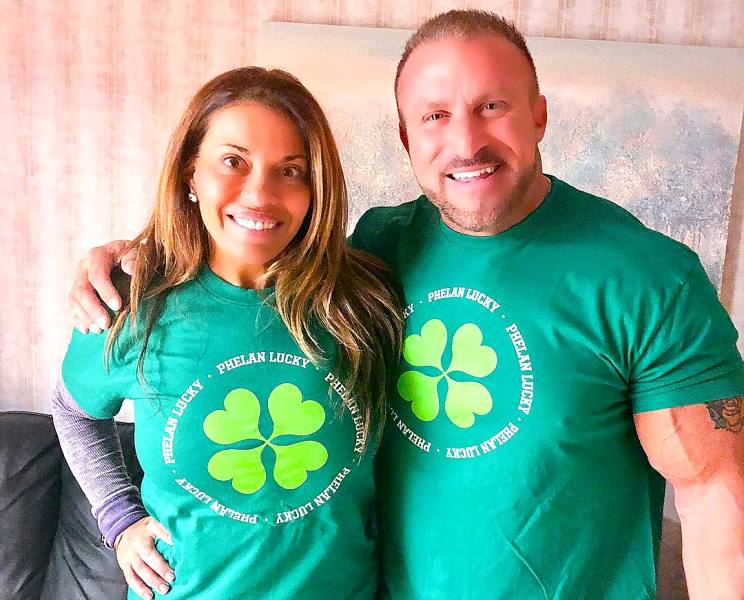 What is really going on with Dolores Catania and her ex-husband Frank Catania?

On the recent Real Housewives of New Jersey reunion, Dolores denied she was trying to rekindle a romantic relationship with Frank who is currently living with her. However, a new report today is claiming the two exes are now trying to give their relationship another chance!

Sources tell Life & Style magazine that Dolores has enlisted the help of her BFF Siggy Flicker, a relationship specialist, to help her and Frank get back together.

“Siggy’s giving them relationship counseling,” says a source. “Dolores is learning to forgive.”

Dolores, 47, who has two kids with Frank, ended her marriage to him 18 years ago after he cheated, which is why RHONJ viewers were stunned when she revealed on the show that she had allowed Frank to move in with her. Another reason the living arrangement was seen as odd is because Dolores is also currently dating Dr. David Principe.

A source however tells the mag that the relationship between Dolores and David is “on and off.”

The insider insists that Dolores and Frank “are talking about trying to make their relationship work again,” adding that “things are starting to look up” for the former couple.

This news is interesting as Dolores made the post below a few weeks ago and it had us wondering if she was hinting at a reconciliation. Additionally, the RHONJ reunion was filmed months ago so it’s possible their status has since changed.

TELL US – DO YOU BELIEVE DOLORES WANTS TO GET BACK TOGETHER WITH FRANK?