LuAnn de Lesseps was arrested in late December after being found in a hotel room that didn’t belong to her and now, photos of the police officer that she allegedly assaulted have been revealed.

Just weeks after the Real Housewives of New York City star returned home from rehab following charges of disorderly intoxication and violence against a police officer, Radar Online shared a report regarding the incident that took place in Palm Beach, Florida over a month ago — and exposed a photo of de Lesseps’ reported victim.

According to the report, 52-year-old de Lesseps was arrested during the wee hours of the morning on Christmas Eve of last year after being caught trespassing in a hotel room at the Colony Hotel with a man named Robert Waterson. However, she wasn’t immediately taken into custody. Instead, the longtime reality star and former Countess put up a fight, refusing to leave the room and resorting to violence after an officer attempted to arrest her. 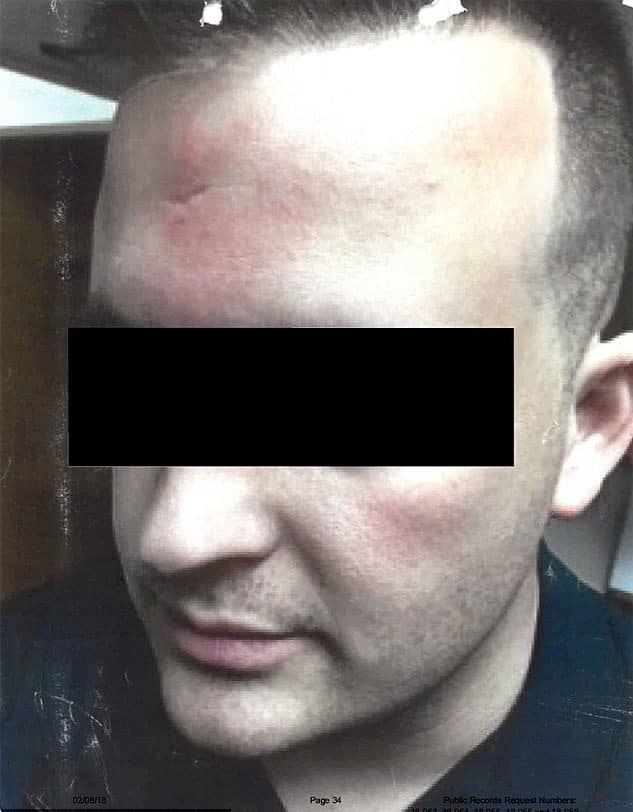 In a police report, it was noted that Officer O’Leary had tried to detain de Lesseps before having a door reportedly slammed in his face, striking him in the forehead. As photos showed, Officer O’Leary’s head was quite red, bloody, and bruised after the alleged assault.

Even after she reportedly slammed the door in Officer O’Leary’s face, de Lesseps continued to struggle with police, “pushing and pulling” her arms away from them as they took her into custody. She then reportedly yelled, “I am going to ‘f**king kill you!’” before attempting to keep a door open by kicking it.

De Lesseps’ drama with police continued at the station and after being placed in a holding cell, she allegedly told members of the Palm Beach Police Department that she was “going to f**king kill all of you.”

Prior to her arrest, de Lesseps and Waterson were enjoying drinks at the hotel bar.

“Luann was drinking at the bar and sitting on a mans lap. They began kissing and acting in an obnoxious behavior,” a witness revealed. “I asked her to ‘tone it down’ and she said she would absolutely not do that.”

De Lesseps is due in court next month to face the charges against her.

TELL US – DO YOU THINK LUANN SHOULD DO JAIL TIME?