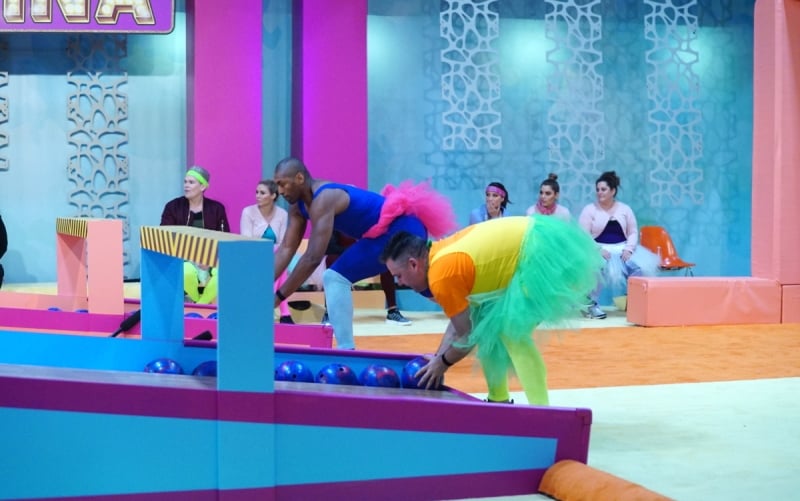 When it comes to Big Brother, one must always expect the unexpected, and last night’s Celebrity Edition was no exception.

When we left off with the housemates, they had just said their goodbyes to the first evictee, Chuck Lydell, after Shannon worked to flip the votes to evict him instead of James, as originally planned. This turn of events angered Keisha and Omarosa, who thought that Shannon would be true to the alliance they had formed with the other women of the house, and Ross, who’d been acting as their spy.

Keisha wanted James gone because he was the strongest male player, and went to Chuck to assure him that he would not be getting evicted. Once Shannon found out about their side deal, she convinced the others to oust Chuck. Keisha and Omarosa were incensed at this unforeseen double cross, but all’s fair in love and Big Brother. Besides, they’d made a side deal of their own, and created a Black Girl Magic alliance, so what could they possibly expect?

Shannon was particularly worried about how Omarosa would react. You see, Omarosa and Shannon had actually agreed on the very first day to have each other’s backs, and surely Omarosa wouldn’t appreciate Shannon going rogue. But Omarosa’s much too sly to lash out. Instead, she told Shannon that she still had her back, and would have been on board if only Shannon had come to her.

But Shannon knew she was being played,  and decided to form a new “Final Four” alliance with Marissa, Ross, and James. All four  suspected that Omarosa and Keisha had teamed up, and therefore should be the next on the chopping block. Funny thing about Ross, though. He’s all sweet and adorable on the surface, but it turns out there’s  a wolf underneath that sheep costume he’s been wearing! Brandi, Ariadna, and Mark invited him into their alliance, too, and he accepted. Wait until they all find out about THAT!

The only person who was left out of the alliances was Metta. He doesn’t know what’s going on. He even revealed that when he voted for Chuck, he thought he was voting for him to stay. But could it be that Metta is clueless like a fox, and in the end will take it all? Lol..no, it’s not. With alliances being changed more often than underwear, the question of who would win this week’s Head of Household (HOH) title was foremost on everyone’s mind.

Keisha was particularly nervous.  As outgoing HOH, she was ineligible to compete, so she was counting on Omarosa.  After the others turned on her, Keisha felt Omarosa was “the only one she can trust”. Oh, Rudy, you poor, simple soul.

As always, the HOH challenge wasn’t easy. They used an oldie but goodie…The Bowlerina. For those unfamiliar, the rules are as follows: The housemate chosen by random drawing is able to challenge the person of their choice to compete in an uphill bowling match…dressed as ballerinas. As if that’s not difficult enough, they must first spin around 12 times, to lower the gate in front of the bowling pins. The first to knock down 4 pins wins, and the winners continue to challenge each other until only one is left standing.

Omarosa was chosen to be the first challenger, and she picked Marissa to compete against her. Omarosa assumed  that Marissa’s less than athletic physique would mean an easy win. But Omarosa assumed wrong. Marissa was a Broadway dancer, and can spin with the best of them. Marissa beat her handily, and it was Omarosa who was quite literally left breathless. Omarosa suffered an asthma attack, and left the competition to go to the hospital. The others were concerned, but not so much so that they stopped the game. In the end, Ross won the challenge.

Ross had been sure about who he’d nominate if he won HOH. Keisha and Omarosa had formed a duo, and needed to be separated. But no one was sure when, or even if, Omarosa would return to the house, so Ross went toMarissa to discuss a plan B. Ross and Marissa have formed a bond. No shock there..Ross apparently has a bond with everybody. But these two get each other, and they both know the game. Together, they came up with the perfect plan should Omarosa not return. Perhaps the next to go should be Shannon?

Wait…what?! Shannon’s their leader. She formed the Final Four alliance, and the All Girl alliance…and an alliance with Omarosa. Oh, I think I see their point. Shannon’s a snake!

In the end, Omarosa made a pretty quick recovery, and returned in time for the nomination ceremony, only for Ross to unceremoniously announce that she and Keisha were his nominees. Neither woman was particularly shocked, and mainly took the news in stride, although Omarosa did snap at Ross to “save it” when he started the inevitable  “it’s nothing personal…” spiel.

It’s getting interesting folks! Both Omarosa and Keisha have vowed to win veto power. Find out who will be the next to go tonight at 8.