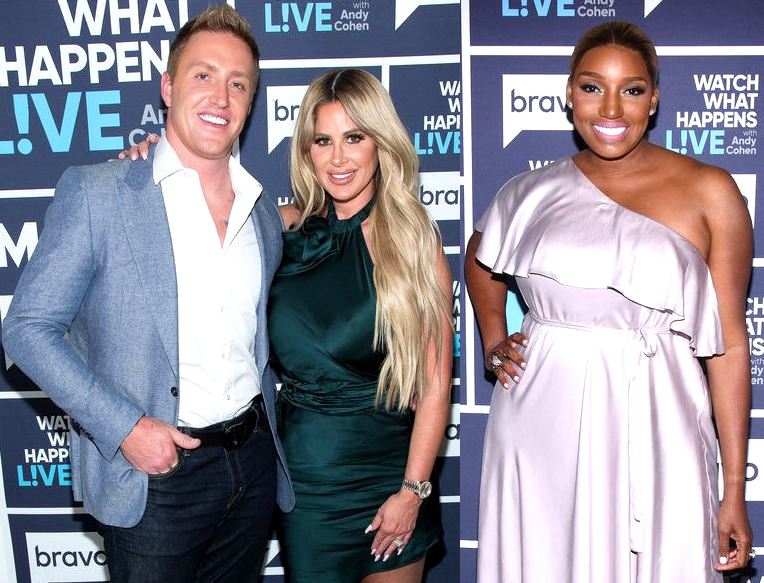 The Real Housewives of Atlanta castmates are once again involved in a new feud after Kim slammed Nene, calling her “disgusting” due to her comments on the show about her husband Kroy Biermann.

During Sunday night’s episode of RHOA, Nene repeatedly made jokes about Kroy having butt implants. Nene’s comments stemmed from Kim’s desire to bring husband Kroy along on a GIRLS trip to Spain. The ladies ended up putting their foot down and Kim did not make the trip.

“Who knows what she’ll be doing while she’s at home,” said Nene about Kim missing the vacation. “Maybe she’s getting Kroy a new set of booty implants… installed in his a**.”

Kim, 39, didn’t take too kindly to Nene’s jokes about her husband and let her have it via Twitter.

Kim tweeted, “NeNe first talked about my daughter and now my husband. I hope this helps people see the nasty and disgusting person she really is. #SheCanDishItButNotTakeIt #ShesNotFunnySheIsFading.” Ouch.

Nene of course responded although she didn’t mention Kim by name.

Moments later, Nene tweeted: “There’s a difference between fun shade and just hitting below the belt to be nasty! Take note.”

There’s a difference between fun shade and just hitting below the belt to be nasty! Take note

This ongoing feud stems from comments Kim’s daughter Brielle Biermann made last year when she accused Nene of having roaches in her home, and shared footage of a bug crawling on Nene’s bathroom floor on her Snapchat.

Nene lashed out at both Kim and Brielle by calling them trashy, and even calling Kim racist. Kim ultimately threatened to sue Nene for calling her a racist, though a lawsuit was never filed.

TELL US – THOUGHTS ON THE LATEST FEUD BETWEEN KIM AND NENE?