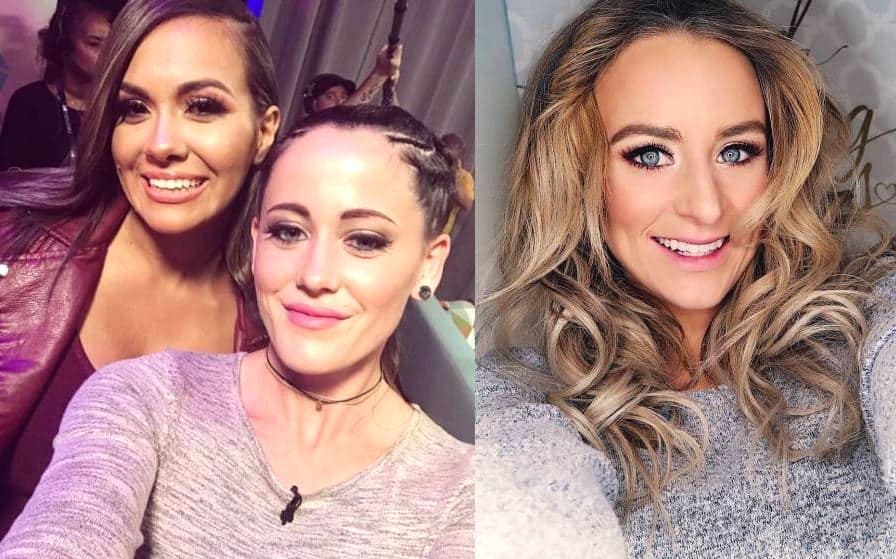 The cast of Teen Mom 2 is facing a clear divide.

Days ago, while chatting with Lowry and her co-host, Lindsie Chrisley, on Coffee and Convos, Messer spoke of David Eason‘s reported reunion meltdown.

“The reunion was a mess!” Messer said on the podcast. “My friend [who went with me] was terrified [after David pulled out a knife]. She was right there and she thought one of the producers was going to get stabbed in the face, which is not OK!”

During the taping, Eason reportedly became upset at the bartender on hand because he refused to continue serving him drinks and proceeded to stab a number of balloons that had been used to decorate the set.

“I don’t even remember if it was because they were not serving any more alcohol or…but we were there for work!” Messer ranted. “I mean, you can have a few drinks socially but, it’s not that appropriate.”

Lowry then added that due to Eason’s behavior, she no longer wanted any of her three children around him.

“[My kids will] never go back to a reunion,” Messer agreed.

While Messer didn’t respond to Evans’ tweet on Monday, Evans did get a response from her other Teen Mom 2 co-star, Briana DeJesus.

“Still talking about the New Year’s Eve party?” she asked. “Omg yes, it never ends with anyone. When I comment back in the bad one, just like we talked about,” Evans replied.

Omg yes, it never ends with anyone. When I comment back in the bad one, just like we talked about lol

As fans may have noticed, the Teen Mom 2 cast has seemed to be divided into two groups since DeJesus was added as the show’s fifth girl in early 2017 and during the girls’ reunion trip, no one would hang out with DeJesus except for Evans. Meanwhile, the other three girls, Messer, Lowry, and Chelsea Houska, stayed close and enjoyed time together both on set and off.

TELL US – WHOSE SIDE ARE YOU ON IN THIS TEEN MOM 2 FEUD?