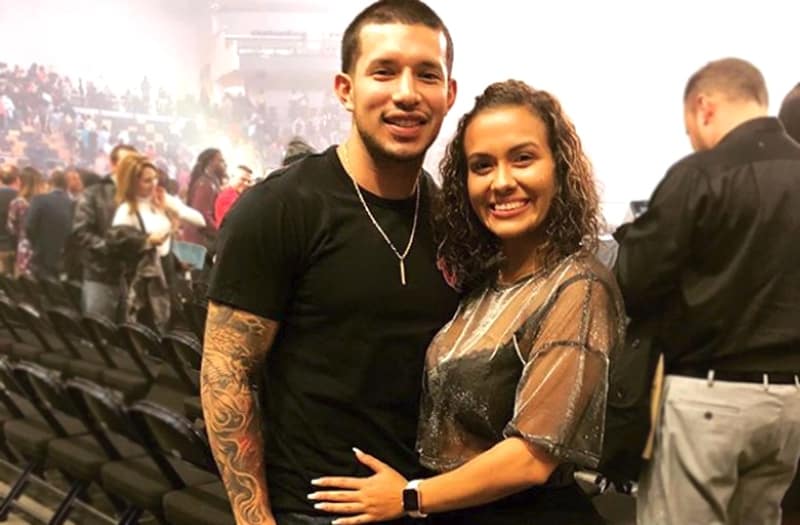 Briana DeJesus and Devoin Austin are playing house as the Teen Mom 2 star recovers from a series of plastic surgeries earlier this month and Javi Marroquin is reacting to that news.

After dating his co-star on and off for several months, Marroquin claims DeJesus’ recent reunion with Austin has “reassured him” that calling it quits on their relationship was the right decision.

“To be honest I’m not invested in her life anymore. Good for them. That’s funny though,” Marroquin said in a statement to Radar Online on February 12.

In January, Marroquin dumped DeJesus because he didn’t agree with her decision to go under the knife and have her plastic surgery procedures blasted on social media. However, after having a change of heart, Marroquin chose to support his on-again, off-again girlfriend and traveled to Miami to be by her side as she recovered.

After arriving to Miami and posting his whereabouts on social media, fans believed Marroquin was back with DeJesus. Then, after Austin shockingly appeared in one of DeJesus’ social media videos, Marroquin abruptly left Florida and headed back to his home in Delaware.

Weeks later, DeJesus prompted rumors of a possible reconciliation with Austin, the father of her daughter Nova, when he was seen in one of her Instagram live clips.

“Living with a man = sports channel is always on,” she later added.

During an interview with on Monday, DeJesus confirmed that Austin has been staying with her at her Orlando home and helping with her two daughters, Nova and Stella, as she recovers from surgery. DeJesus also insisted that despite their current living arrangement, she and Austin are not involved in a romantic relationship with one another.

“It’s funny people would think I had the time to get in a new relationship after just getting out of one and then going in for surgery. But to clarify, no, I am not in any relationship and am currently single,” she explained.

TELL US – DO YOU THINK BRIANA & JAVI WILL GET BACK TOGETHER EVENTUALLY?