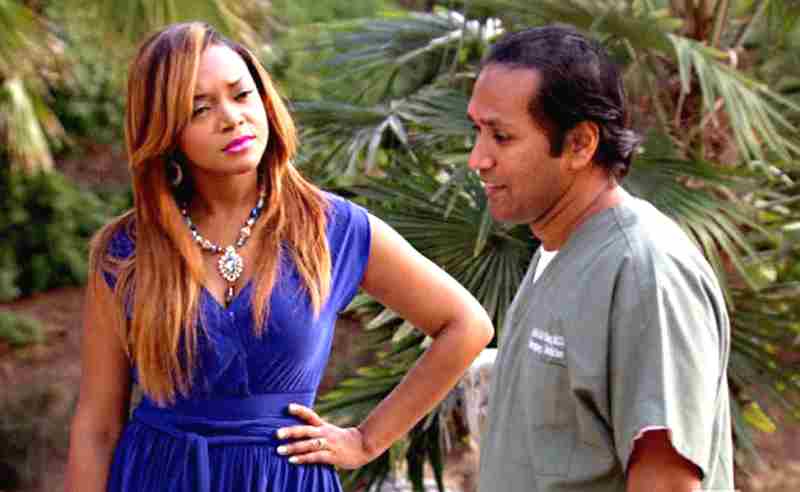 This season of Married to Medicine has been one of the most explosive to date, filled with personal revelations about the cast, and their marriages. And based on this clip for tonight’s episode, we’ve only just begun!

As viewers are aware, Dr. Jackie Walters faced a crisis point in her marriage, when it was revealed that her husband, Curtis Berry, had been having an affair. Tonight Mariah Huq will let her know she’s not alone in enduring the sting of a husband’s betrayal.

In a preview for tonight’s episode, Mariah opens up and reveals that her husband Dr. Aydin Huq has also cheated on her before.

“It’s okay to fight for your marriage…I’ve been where you are,” Mariah confides to Jackie.

That’s right. Dr. Aydin had an affair of his own, and Mariah lets Jackie know that all hope is not lost, and that while it won’t be easy, her marriage can be salvaged.

“I want her to know that this is a phase”, Mariah said, “but you have to be on the same page, and you both have to be willing to put in the work.”

Sound advice! And very cool of Mariah to share such a personal issue in an effort to help her friend get through a difficult time.

This kinder, more vulnerable Mariah has been nice to see. It’s clear that Jackie appreciates her opening up, and you can practically feel the relief flood over her, as she allows herself to lean back into Curtis’ arms.

Check out the preview below, and be sure to tune in tonight at 9/8c for the new episode of Married to Medicine on Bravo.

TELL US – ARE YOU SHOCKED TO LEARN AYDIN ONCE CHEATED?