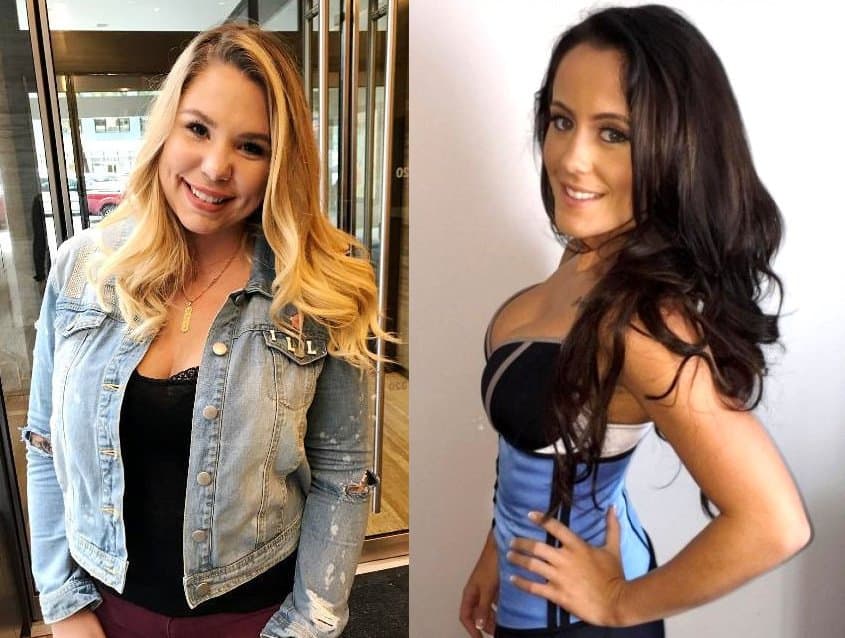 Kailyn Lowry is reacting to Jenelle Evans‘ recent comments about being used for podcast ratings.

Earlier this week, after Lowry welcomed Leah Messer to appear on her podcast series, Coffee and Convos, Evans took aim at her Teen Mom 2 co-stars for discussing her on the episode and taking aim at her husband for his behavior at the reunion special last year. And now Lowry is making it clear she wants to confront Evan face-to-face!

“The reunion was a mess!” Messer said during the podcast. “My friend [who went with me] was terrified [after David pulled out a knife]. She was right there and she thought one of the producers was going to get stabbed in the face, which is not OK!”

Lowry said that because of David Eason‘s erratic behavior at the taping, she no longer wanted her children anywhere around him.

After the episode was filmed, Evans shot back at Lowry and Messer with the tweet below.

Hey @TM2LeahDawn , last time I recalled… the kids weren’t at the New Years party we were “working at”. Stop being so dramatic. My name or my husbands should never come of if your mouth, but for a podcast and ratings?! Of course. #Fake

In response to allegations of using Evans for ratings on her podcast, Lowry is fighting back.

Lowry would also like to welcome Barbara Evans to the show and get her point of view on popular topics related to the show.

“I can’t wait to see what Jenelle will have to say then,” Lowry teased.

“Also, for Jenelle to say I use anyone I can to gain whatever I can? What did I gain by having Leah on my podcast? I don’t give a f**k. Jenelle bashes me every chance she gets too so it’s a problem when I do it?” Lowry continued.

“I’ll remain true to my story in the sense that I’ll talk about my life or things that come up, but I don’t have to hit her with low blows or personal sh*t like she does. I speak facts and about what everyone already sees for themselves on the show and social media,” she added.

After poking fun at Evans’ statements about her ratings, Lowry tweeted to her co-star, telling her that she should appear on Coffee and Convos.

Below is Evans’ response.

I’ll help my own ratings and you can see it this upcoming season of #TeenMom2 ?? https://t.co/PDby2leAWa

The new season of Teen Mom 2 is expected to air later this year on MTV.

TELL US – DO YOU WANT TO SEE KAILYN CONFRONT JENELLE ON HER PODCAST?