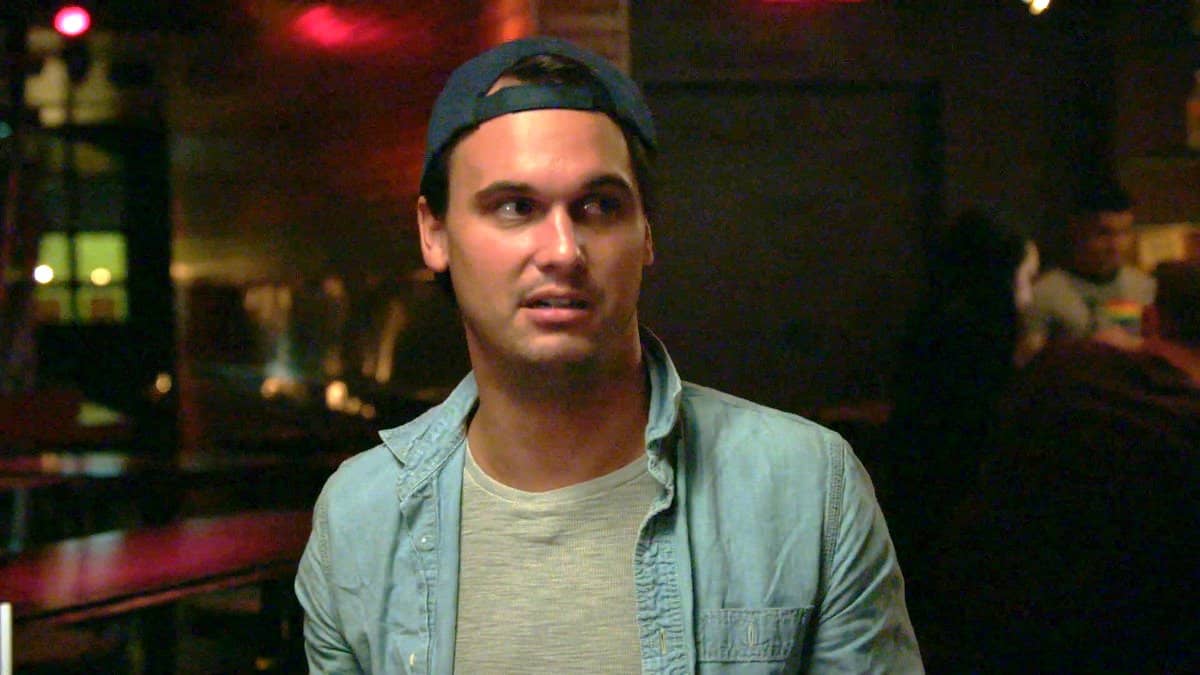 The Wirkus Circus is in full swing and a shocking bit of info is revealed by Stephen…all this drama in a matter of a week-long span. That’s just the way Summer House goes…

Ah—the Monday through Friday grind with these guys in NYC. It’s actually interesting to see Amanda and Kyle out in public on a Thursday…I thought that Kyle only likes to see Amanda on the weekends? Not only did he take her out, but he set up a special date for Amanda. I’m talking a privately cooked dinner and he even got a gift for Amanda to boot! “You have the keys to my heart. It’s about time you get the keys to my apartment!” What a romantic, making big moves. Once the weekend rolls around, it’s time to watch this picturesque relationship get hammered, literally and figuratively. It’s only a matter of time before Kyle gets wasted and ruins it all.

In other news, the twins are back in action! Lauren and Ashley – double the trouble—are prepping for the “Wirkus circus,” aka their older sister Rachel’s bachelorette party, in the Hamptons. Whilst decorating and organizing the party, Ashley wants to know all the deets about Lauren and Carl. Ashley is displeased with her twin for falling again, but the mood gets changed faster than you can say “Wirkus circus.”

The bachelorette party is in full swing. The sisters are here, older and younger, and Stephen, Kyle, and Amanda join in on the fun. And by fun I mean a full on hair and make-up session prepping for the evening’s festivities. The roommates chat with the bachelorette guests, including Ashley, the twin. Ashley is digging her convo with Carl and is very clearly scaring the bejesus out of him. Ashley sees right through Carl and reports back to Stephen who agrees with her findings.

Stephen is salty about his current friendship with Carl and basically just loves anyone who wants to bash Carl equally as much as he does.

More and more people arrive to the summer house. Out of all the house guests, Amit is the most excited for this bachelorette party, mainly because he gets to visit with girls from the University of Delaware.

It turns out Rachel, the twins’ older sister and bride-to-be, went to UDel, as did Amit. He is pumped to see some familiar faces, and it doesn’t hurt that he’s single and surrounded by a bunch of beauties. After the bachelorette ladies head out, the rest of the #official summer house crew meets up with them because any party is a reason to celebrate. It’s an awkward night of trying to find Lauren a dude (any dude but Carl) and Amanda trying to find a dude (any dude at all that has a pulse). Carl c*ckblocks and kicks the guys out of the bachelorette section of the bar. I smell jealousy…??

Of course Carl stays up at the after party …and shows off his three balls. Gag. He compares it to getting extra chicken nuggets in your to-go bag. No. No it’s not like that at all. Three-nut Carl and Lauren fight outside of the hot tub and that naturally sets Ashley off, who was overhearing the entire fight. Ashley explains that her sister “looks so pathetic,” yet proceeds to smash a watermelon on the ground in anger, while telling Carl to “eat it b*tch.” So…I’m confused. Who is the pathetic one now?

Carl left Lauren picking up the pieces of the watermelon and Ashley explains that Lauren is “looking like a desperate as*hole.” Carl doesn’t care what anyone thinks of him (clearly) and he sleeps in bed alone. Thus we have #watermelongate.

The next morning, Ashley and Stephen powwow about last night’s activities. Stephen shares his displeasure with Carl and says he has not been a good friend. Ashley lets Stephen know that he has to say something to Carl because holding in this anger is just not healthy. Yea. Listen to the lady who rage-smashes watermelon. Interestingly enough, Carl also is affected by this friendship break-up. While speaking to Amit, Carl shares his current relationship status with Stephen. No one quite understands just what went wrong between the two of them. Something tells me it is only a matter of time before we are privy to the truth.

Meanwhile, Lindsay’s trainer makes the trek to the summer house to train the ladies. While drinking. In their bathing suits. Post work-out, Lindsay’s trainer asks her out on a date. She gets all dolled up and shares her excitement for this date, which quickly dies once she finds out he is…25. “Age is just a number.” There’s awkward smooching and something tells me this guy is definitely staying the night.

Back at the house, somehow, Carl and Stephen happen to be the only people sitting down to eat dinner. Planned, perhaps? A chance for them to sort out their problems? Needless to say, Carl explains that he feels like he is losing a friend and he doesn’t want to ruin their friendship. Stephen states that he “is like the Bates Hotel” when it comes to friendship. They decide they need to talk in a different setting, like say back in the city. Yep. That’s exactly what they need to do. Insert eye roll here.

Nothing’s worse than the Sunday drive back to the city. The car ride. The Scaries. It’s all too much. The only thing that makes the week better is that Ashley meets up with Stephen, to be his support system because….he is meeting with Carl. Dum dum dummmmm. Carl is livid. This was supposed to be about getting the “boy’s club” back, but alas, Ashley has shown up killing the vibe.

Carl blames his behavior on lack of communication and him getting fired. Stephen isn’t quite buying the apology and shares that he “has bit his tongue for four or five months” about the information he has been holding in. He then drops a BOMBSHELL. Evidently, according to Stephen, Carl has had a gay experience before. Stephen states Carl told him that the best head he ever got was from a guy. Heyo! Didn’t see that one coming! Of course Bravo hits the episode up with a “to be continued…” and I am not sure how I am gonna be able to get through my week not knowing the outcome to this information…

Although Carl did appear on Watch What Happens Live tonight and of course got asked about Stephen’s bombshell. Carl revealed he is a straight guy who is very comfortable with his sexuality while also sharing that he did confide in Stephen about a one time sexual experience that happened at the age of 22. He also expressed his disappointment at Stephen’s decision to share this with the world. Must say Carl has a point there!

Additionally, Carl confirmed the ongoing rumors that he once had a fling with Vanderpump Rules star Scheana Marie, revealing they hooked up twice in the past.

TELL US – THOUGHTS ON THE SUMMER HOUSE RECAP AND STEPHEN’S BOMBSHELL ABOUT CARL? WAS IT WRONG FOR STEPHEN TO REVEAL THIS?