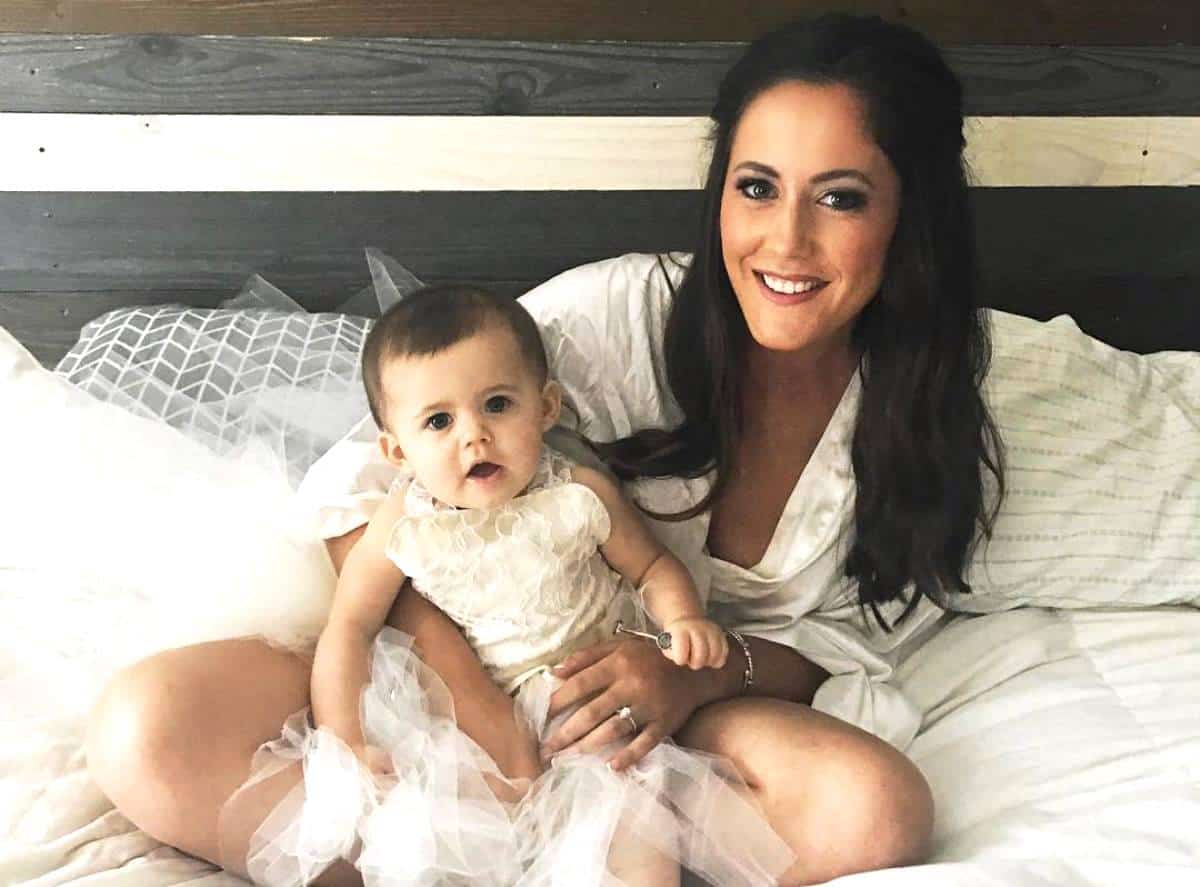 Jenelle Evans appeared on Vince Russo’s The Brand podcast on February 17 and addressed a number of hard-hitting issues, including using drugs while pregnant and her reported firing from her advertising gig with Blue Apron.

Months after Nathan Griffith‘s mom filed documents against the Teen Mom 2 star, claiming she and her daughter Ensley tested positive for marijuana at the time of Ensley’s January 2017 birth, Evans revealed what truly happened.

“I’m not going to lie about that. I tested positive for THC and Ensley did not test positive,” Evans explained. “I did and CPS was like… I was in the hospital, they said, ‘Did you smoke when you were pregnant?’ I said I did within the past 30 days, I have really bad esophageal spasms and I throw up every five minutes. I can’t even eat.'”

According to Evans, CPS was fine with her answer and reportedly told her, “We’re not here to judge.” However, after she returned home, CPS paid her and her husband, David Eason, a visit and did a wellness check on their daughter.

“Everything is fine. They closed the case,” Evans continued.

During another portion of the interview, Evans addressed her firing from Blue Apron, which she claims never happened.

“I told Blue Apron I do not want to work with them anymore because of Kail,” Evans explained. “The reason why I don’t want to work with other companies that are involved with Kail is because she went behind my back numerous times to try and get my manager from me, to try and take a pregnancy mouth guard organization away from me, to try to kick me out to get her in.”

According to Evans, Kailyn Lowry has done many things behind her back in recent years and because of that, she’s decided to cut ties with each and every one of the company she worked with that is also working with her co-star.

“I just made a pact with myself and I said I am not going to work with any other company that works with Kail any more,” she said.

Although Evans claims it was her decision to cut her professional ties with Blue Apron, the food service company sent a tweet out earlier this month in which they seemingly confirmed otherwise.

Thanks for reaching out. We will no longer be advertising with Jenelle.

Jenelle Evans and her co-stars will return to MTV later this year for the new season of Teen Mom 2.

TELL US – THOUGHTS ON JENELLE’S DRUG ADMISSION? ARE YOU SURPRISED?