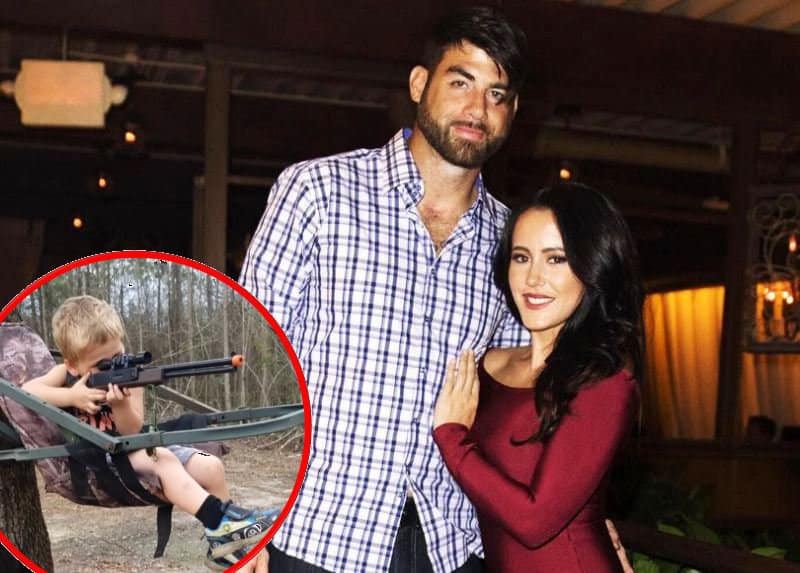 The latest controversy the mother of three is stirring up involves sharing photos of her 3-yr-old son Kaiser holding and shooting a gun.

Jenelle and David both took to their Instagram pages today to share numerous photos of Kaiser with a gun. 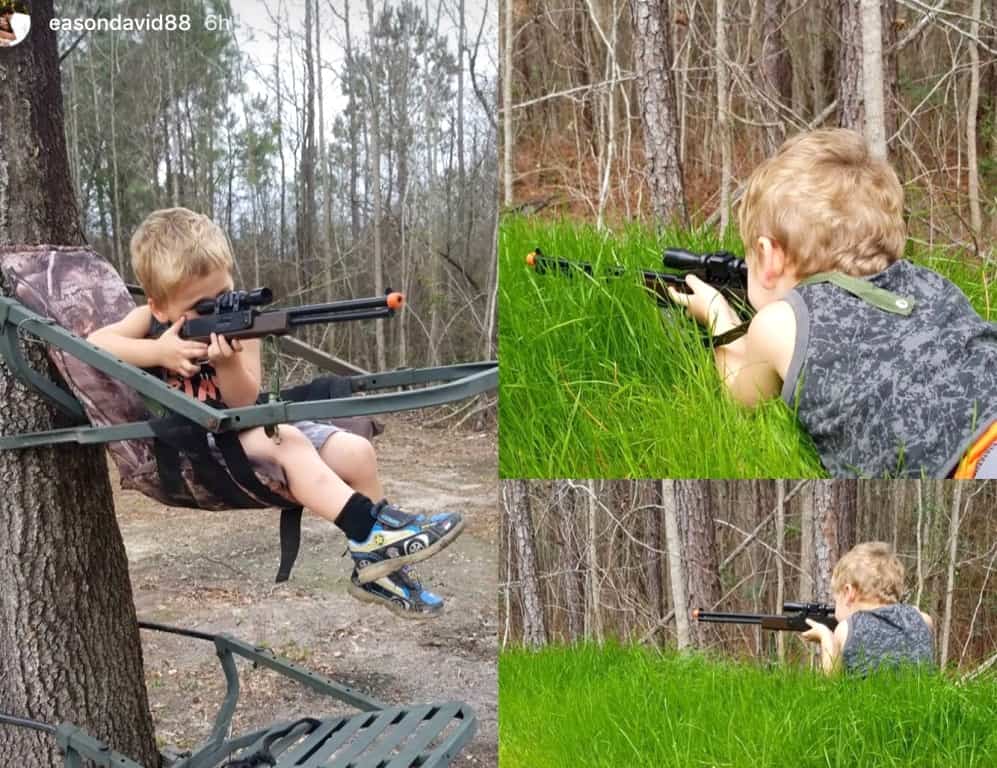 Some Teen Mom 2 fans slammed the couple and called the photos “disturbing” and “insensitive” as it comes just over a week after the Florida high school shooting that left 17 students dead.

One fan tweeted, “Jenelle just posted pictures of Kaiser with a gun… just shows how little she cares about other people. Lay off the drugs Jenelle.”  Another person wrote, “I think Jenelle should be fired as well. I know it’s a toy gun but they are being smart a**es. This isn’t something to be joking about they need help.”

Many suspect this was done intentionally because the same day the FL shooting took place, David shared a photo of Jenelle shooting a massive gun which drew the ire of fans. So the feeling is they shared these new photos of Kaiser to simply piss people off.  Jenelle did however have some defenders who deemed the whole thing not to be a big deal.

When called out on the photos, Jenelle defended herself stating, “My kids are Country Boys so everyone needs to get over that part.”

David also chimed in stating it’s no big deal since it’s a toy gun. He wrote, “That’s why you teach them to treat a toy gun like its a real one and practice that way first. Never heard of dummy guns for practice? Its a great way for kids to learn you should look it up.”

TELL US – JENELLE’S PHOTOS OF KAISER – OKAY OR NOT OKAY?