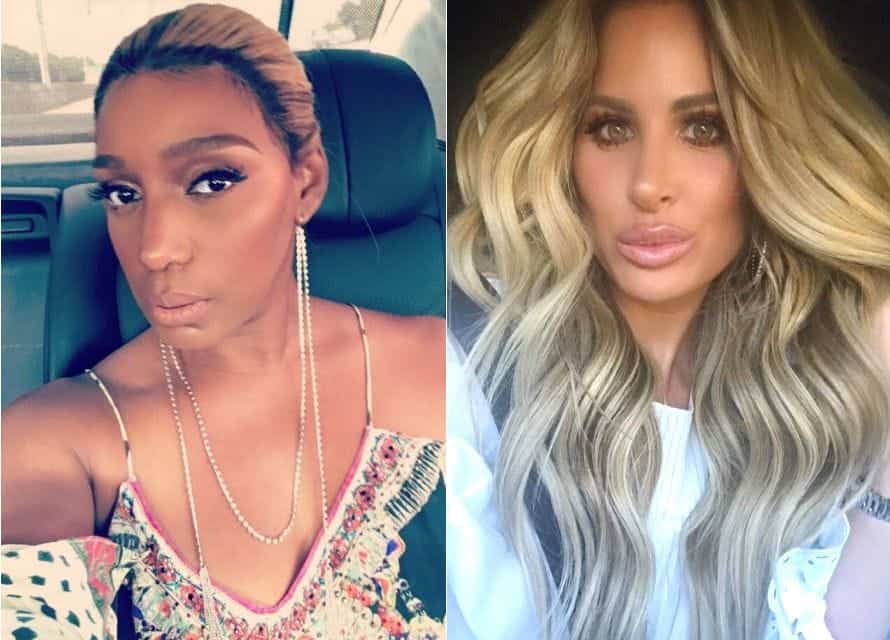 Real Housewives of Atlanta star NeNe Leakes stopped by E!’s Daily Pop, and when it came to her costar, Kim Zolciak, NeNe did not hold back!

As viewers may recall, NeNe blasted Kim, and her daughter Brielle Biermann, as “racist trash”, after the 21 year old posted a video, supposedly taken in NeNe’s bathroom, that showed “roaches” crawling on the floor.

Following that incident, Kim gave an interview of her own in which she seemed to threaten NeNe with a lawsuit.

“I’ve hired a legal counsel at this point. I don’t take this lightly. It’s one thing, like I said, to have a kind of banter back and forth, and have an opinion. This is far beyond just having an opinion.” Kim warned back then.

But NeNe is now saying Kim is all talk, and that she hasn’t been notified about any pending lawsuits.

”Listen. Anytime Kim opens her mouth, it’s most of the time, at least eighty percent of the time, a big fat lie.” NeNe said. “No lawyer has ever contacted me about a lawsuit dealing with Kim. She’s gone out everywhere saying she has a lawsuit. Well, they need to contact me at some point, don’t you think?” NeNe added.

Solid point. But these two go way back, surely NeNe still has love for her old friend?

”No, let me explain. I do have a golden heart, which is why I have agreed to be in situations with Kim so many times,” she explained. “This season, when I came back to the show, my heart was very open to Kim. I wanted us to have a good time. Every time I was around her, I made sure to compliment her to make her comfortable. She never brought good energy. She was always very mean.”

NeNe went on to say that Kim’s intentions are less than pure, and that she’s only interested in one upping NeNe.

”I need everyone to understand, Kim does not want to be friends with me. She wants to be the bigger person, and see, the two of us together, I get  attention, and you’re never going to be bigger than me, child. Just go on somewhere,” NeNe said.

At this point it seems that NeNe would rather just have a Kim-free existence.

“I harbor no bad feelings toward Kim. I just have nothing to do with her. She’s not going to be in my life. I don’t even want to speak to her,” she said.

Well, that doesn’t sound like much fun! These two were always the Lucy and Ethel of the show. But don’t lose heart, viewers. We’ve heard all this before.

RHOA is on hiatus tonight. A new episode airs next Sunday on Bravo.

TELL US – DO YOU THINK KIM & NENE WILL EVER BE FRIENDS AGAIN?