Billie Lee Reveals the Status of Her Relationship With Jeremy Madix! Plus Fans Bash Ariana & Tom For Defending Jeremy 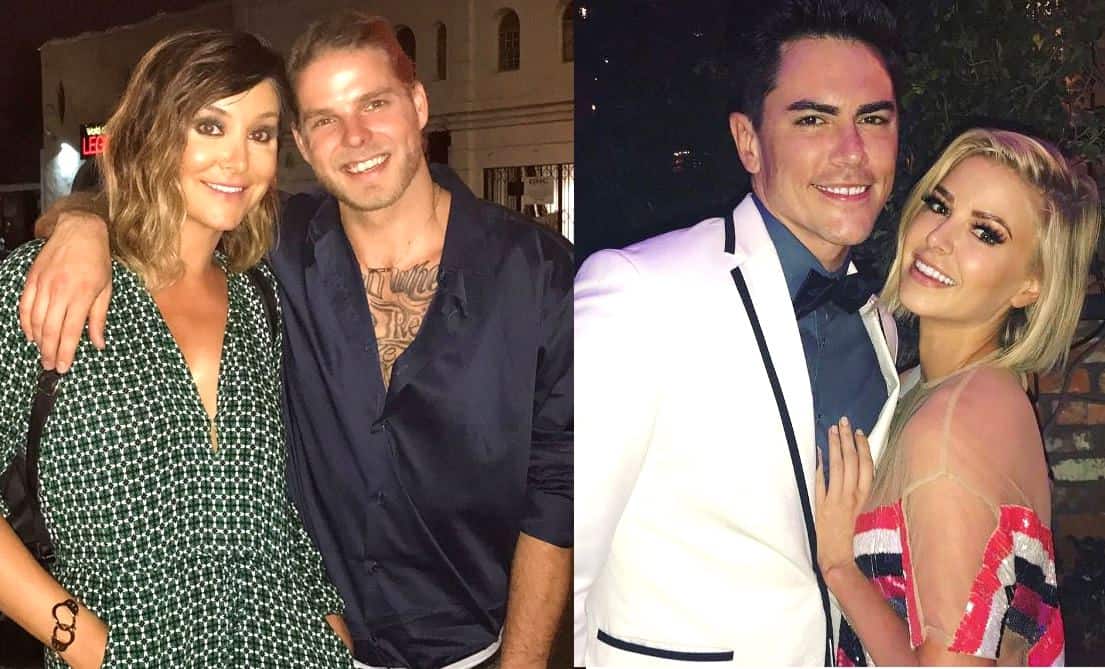 On Monday, Vanderpump Rules viewers watched as Lee informed her co-stars that Madix had asked her out on a date — and that she was interested in seeing where they date would lead. Now, months after the scene was shot, Lee is speaking out about the current status of her relationship with the controversial reality star.

“I really enjoy Jeremy and he’s so cute and he’s so kind. But, you know, I recently came from a serious thing where I just was really in love with a guy for like three years and he broke my heart. So I didn’t want to jump into another relationship until I healed from that and also just, like, continuing this journey to love myself,” Lee explained to the hosts of The Daily Dish podcast.

Lee continued on, explaining that while she and Madix have a good time with one another and went on a few dates, they aren’t in an official romance. Instead, they’re enjoying a “Netflix and chill” kind of relationship.

“He’s just he’s like one of my boos that I just love. And also I’m a free spirit and I love connecting and flirting with people. And, you know, sometimes that leads to hooking up,” she teased.

During Monday night’s episode of Vanderpump Rules, Jeremy Madix was seen acting aggressively towards Stassi Schroeder. However, rather than defend her co-star, Ariana Madix became hostile with Schroeder and her friend, Kristen Doute, telling them that they are “going to a place that they will never f**king come back from” by talking badly about her brother.

Tom Sandoval also got in on the verbal attack, telling Schroeder and Doute that they “better f**king watch themselves.”

On Twitter, after watching the couple vehemently defend Jeremy, viewers labeled Ariana, a self-proclaimed feminist, as a hypocrite and called out her brother for his inappropriate behavior. Others pointed out that a woman coming forward with claims of harassment shouldn’t be bullied out of doing so.

“Perhaps you shouldn’t be on TV or violating women’s space. There’s film, idiot,” one person tweeted.

“Um, Ariana, your brother has a history of domestic abuse and violating restraining orders. ‘Creepy’ might be a kind adjective here,” wrote another Twitter user.

As previously revealed, the alleged “predatory” Jeremy has previously faced charges of domestic assault and was also accused of violating a restraining order years ago. In court records, one of Jeremy’s former girlfriends accused the reality star of beating her, forcibly taking her clothes off, and threatening to kill her after a messy breakup.

As for Jeremy, he’s ignored the ongoing allegations against him.

“I’m so content with the person I am I could give a f**k what you think about me,” he tweeted on Monday night. “So while I ride around in this RR and continue to work my a** off on some REAL CEO s**t, be nice. Cause I’m nice to everyone.”