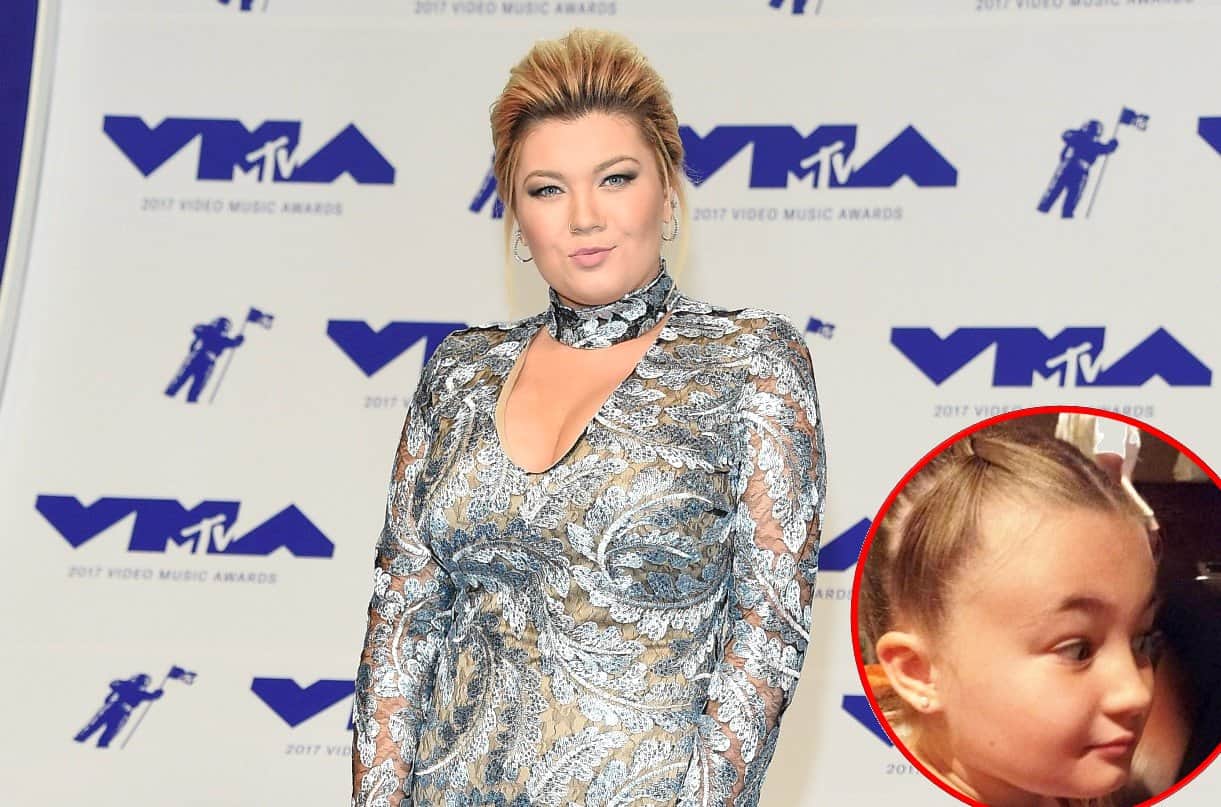 During a new interview, Amber, 27, revealed it is 9-yr-old Leah who now calls the shots and decides who she wants to be with at any given time.

“She’s getting older and it’s becoming to the point where she kind of decides when she wants to go back and forth and what she wants to do, which is a great thing,” Amber explained to Us Weekly

“Some weekends she wants to go and spend the night with her friends or do something else. I mean, she’s a kid so I can’t really get mad at that, but I do miss her a lot and I do explain to her that, even though she’s young, ‘Mommy still wants to see you more’ and things like that,” Amber continued. “She understands, but she’s a kid … As long as she knows that I love her and that we spend time together … that’s really all that matters. As long as she’s happy.”

As Gary continues to raise Leah with the help of his wife, Kristina Anderson, with whom he shares a younger daughter, Amber is focused on starting a family with her boyfriend, Andrew Glennon, and preparing to give birth to their first child in May.

While Amber and Gary have certainly had their fair share of issues on Teen Mom OG, Gary and her boyfriend have been getting along just fine. That said, Andrew doesn’t like seeing his girlfriend have her feelings hurt by her ex.

“[Andrew’s] really protective over me especially now that I’m pregnant. He’s super protective over how I feel, so he doesn’t appreciate the things that [Gary] says about me because he feels like he knows me better because, you know, being with me every day,” she explained.

During an early episode of the currently airing seventh season of Teen Mom OG, Gary was seen discussing his drama with Amber and the possibility of his wife, Kristina, adopting Leah. Understandably, Amber was extremely upset about the conversation between Gary and Kristina and described the idea as “ludicrous and absolutely ridiculous.”

“It’s hurtful and it also makes me angry to [think] they’re talking behind my back like that as though I’m just a mom who doesn’t care about my child which is absolutely absurd,” she said.

Regardless of her issues with Gary and Kristina, Amber is happy that her daughter has so many people in her life who love her.

“The good thing for Leah is that she has many people around her that she’s able to talk to and confide in if anything does happen, so that’s all l really care about,” she explained. “If I’m not there, at least another woman is there to be that motherly figure for Leah because that’s what Leah needs. She has a good family around her.”