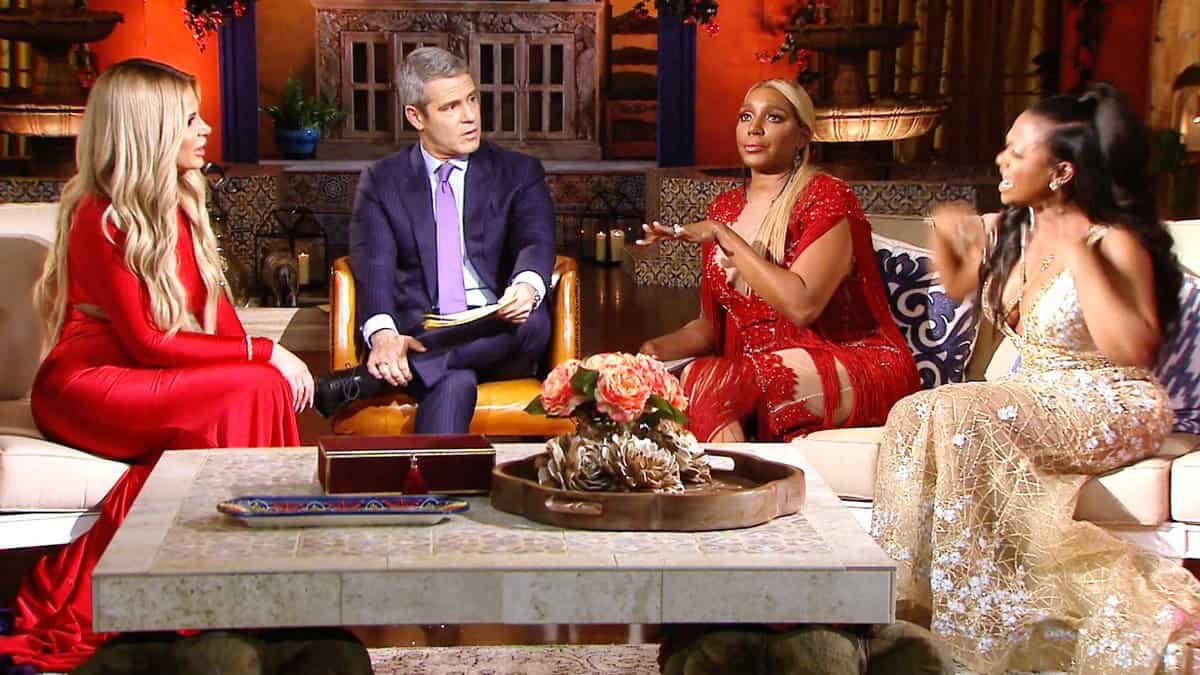 Bravo has just released the Real Housewives of Atlanta season 10 reunion trailer, and it will definitely be one to remember!

The network announced today that the Atlanta Housewives will have a three-part reunion that will begin airing on Sunday, April 8 at 8/7c.

As for what we can expect, let’s just say it will include explosive catfights, blackmail accusations, stalking claims and even contractions! Yes, contractions. The RHOA reunion trailer is below.

“Jealousy’s a disease. Get well soon, b**ch,” says Kim, later adding, “I don’t have my own show for no reason!”

Confirming a previous report, Kenya Moore is shown accusing Marlo Hampton of blackmail! While the trailer doesn’t reveal the what and why, it was reported that Kenya accused Marlo of previously trying to blackmail Nene a few years ago. You can read more about that here.

Sheree Whitfield’s prison beau will also be a part of the reunion despite being incarcerated and not getting out anytime soon. Sheree is shown backstage with Andy Cohen talking to her boyfriend Tyrone Gilliams on the phone. During the phone call, Tyrone can be heard accusing Nene of “stalking” him.

“Nene used to stalk me. She was very aggressive,” said Tyrone. Yikes.

Finally, a very pregnant Eva Marcille will appear on the second part of the reunion when she will reveal to host Andy that she is experiencing contractions while on stage.

The RHOA season finale will air this Sunday on Bravo at 8/7c.

TELL US – THOUGHTS ON THE RHOA REUNION TRAILER?