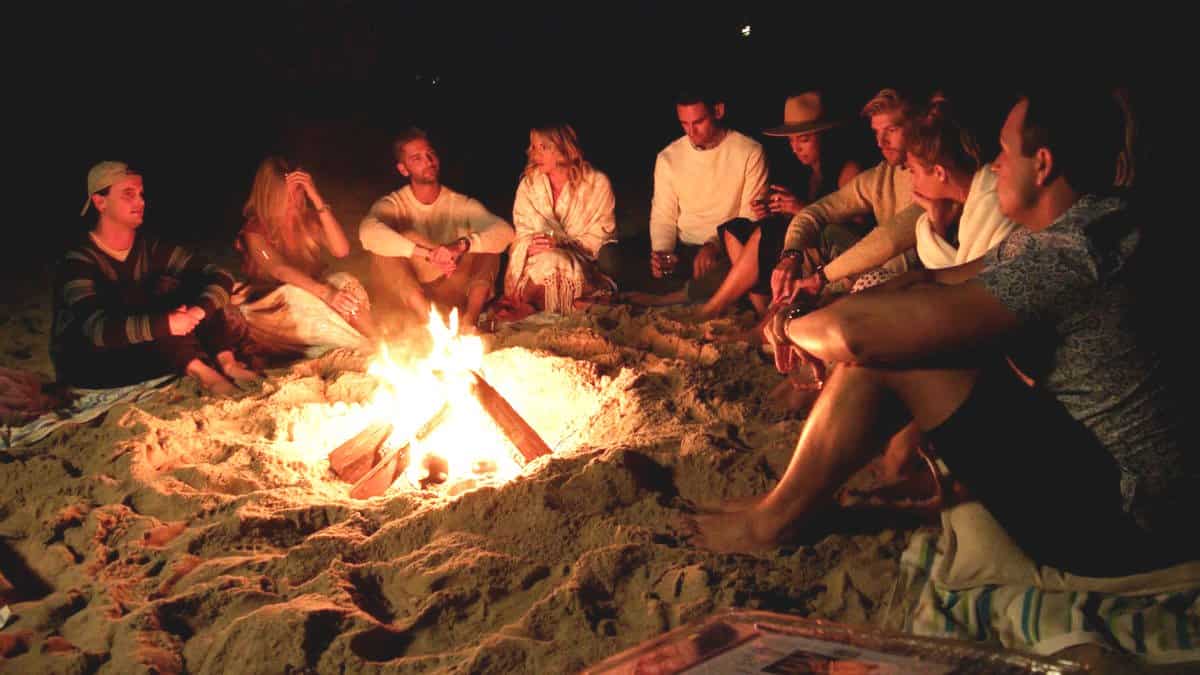 The season finale of Summer House is already here…times flies when you’re watching a handful of drunk people bicker and party.

Last episode, Amanda was passed out in bed and instead of staying with her, Kyle leapt at the chance to party solo. Out he went into the Hampton’s night. After a long night raging, the last one to enter the house is Kyle…long after the rest of his roommates stumble home. According to the girls, Kyle was “light-hearted and fun-” way different than when he is around his girlfriend. Lauren cannot seem to understand how Kyle could censor himself for Amanda, but alas Lauren, it is truly none of your business.

Stephen walk of shames’ it home and states that he shared an air mattress with his new boo, Travis. Upon hearing Stephen’s great news, Lindsay remains hopeful (and a bit jealous) that one day Nick will “hit it then quit it.”

The Sunday scaries are real AF for this group. They pack it up, pack it in, and head back to the city. The Manhattan work-week breezes by and wouldn’t you know it? It’s the weekend AGAIN! Labor Day weekend is here and the roommates are amped to meet Ashley Wirkus’s hubby, Brad McAtee.

Brad is the most dad-looking 30 year old I have ever seen. Someone needs to tell him to calm down. I mean, the guy looks WILD. He can, however, handle the Wirkus Circus, so I do need to give him some props. Speaking of them, it seems to me that the Wirkus twins reallllllly like to insert themselves into other people’s relationships…and by other people’s, I mean Kyle and Amanda’s.

The gang rolls up to a LDW beach dinner complete with a bon fire, sushi, and shrimp cocktail. Everyone gets to meet Brad, Ashley’s husband. “Brad just seems nerdy and ‘older,’” according to Danielle. As they sit around the fire, they revisit their summer goals. When Amit opens his mouth, I was legit surprised because I totally forgot that he was even a roommate this year. Woopsie. When Carl shares his goal, he states that he wanted to “evolve.” Everyone kinda side-eyes each other, particularly when Kyle shared his goal: “to find a balance between being a good boyfriend and having fun.”

Every roommate, except Carl, lays into Kyle and Amanda. Lauren, Ashley, and Stephen are in “one corner” and Carl, Amanda, and Kyle in “another corner.” Somehow this lovely Brad-created bon fire gets sh*t on. Like. What just happened? Stephen believes that “it’s a good thing summer is almost over” because they are all at each other’s throats.

While team, “I Hate Kyle and Amanda” rage til the wee hours of the morning, Kyle, Amanda, and Carl hit the hay and prep for the day ahead. For Kyle and Amanda, that means a date brunch. Kyle’s clearly attempting to make up for all the wacked-out weekends and he admits his “faults.” He also claims that their relationship is “stronger than ever” and even booked flights to Greece. UM. OK. This relationship went from zero to hero in t minus 9 seconds.

Back at the house, the décor for this party looks like the roommates stole their mom’s credit card and went HAM on the Oriental Trading website. Pretty much everyone is helping to get this party in order and even Brad supplies “the muscle.”

“To properly send off the summer, we are going with a classic theme: a luau.” Needless to say, Kyle is wearing his mullet wig…because. Lindsay is already getting a “little tingle” downstairs as the band warms up. Stephen is waiting around (im)patiently for Travis. And it’s just another Summer House rager.

BL (Brunette Lindsay) shows up to the party with a present for Carl. Holy stage five clinger. Double-barreled liquor is clearly the way to Carl’s heart. He lays it on thick with her, but let’s all pray he doesn’t start spitting dad jokes. See: “I’m shredded like Julienned vegetables.”

Stephen’s man, Travis, (and his red face) enters the yard and the happy couple toast to LDW, while Travis awkwardly misses his mouth with the straw. Everyone is trying to make amends after the bonfire. Danielle apologizes to Amanda and it seems like all is right in the Summer House for the time being.

“Fly by Midnight” performs and I wanna know how all of the guests know the lyrics to these songs? Is there a karaoke screen that I’m missing? I have so many questions. Why are all the guests leaving? No sleepovers? Some party. I guess they just wanna make the last night #housematesonly. Stephen whips out his queen costume for a second round and clearly they wanna try to end this summer on a high note.

As the gang packs up for the final time this summer, we see that Brad is the Wirkus Circus b*tch. Sorry Brad, but it is what it is. Lauren and Ashley pack their lives away and discuss what a fun summer it was. Everyone shoves clothing into suitcases and begins their goodbyes to each other. The twins are the first to exit (thank GOD).

Carl and Stephen find themselves in an awkward (sober) convo for the first time over the summer. Carl tells Stephen he felt betrayed when Stephen shared Carl’s dark secret with Lauren. Stephen apologizes for airing Carl’s dirty laundry and Carl apologizes for being a bad friend over the course of the summer. The dudes hug it out and end the talk with “what a summer!” They join the rest of the group for the final walk to the driveway and it’s emotional only because I’m not sure what poor sucker is going to be stuck cleaning that house long after the “celebs” are back in the city.

As Kyle so poignantly put it, “this summer has been challenging” and the friendships made in a summer house are unlike any other. And in case we all forgot, Kyle ends with, “I’m just a dude who likes to send it.” Well said, Kyle. Well said.

TELL US – THOUGHTS ON THE SUMMER HOUSE FINALE?