Home Real Housewives of New York City News RHONY’s LuAnn De Lesseps Claims She Was Groped By Russell Simmons: ‘He Invaded Me, He Took Advantage Of Me’

RHONY’s LuAnn De Lesseps Claims She Was Groped By Russell Simmons: ‘He Invaded Me, He Took Advantage Of Me’ 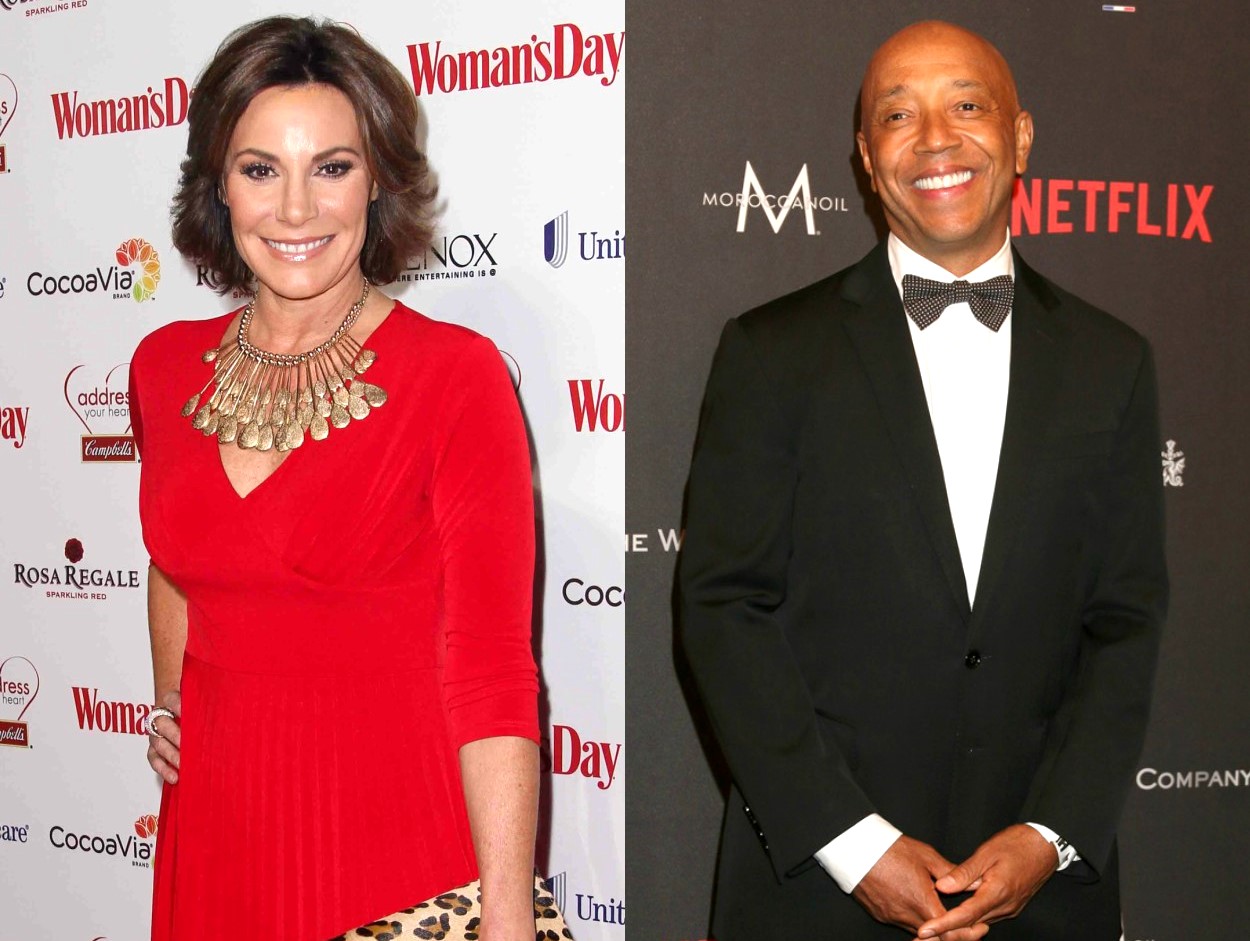 LuAnn de Lesseps is opening up about a shocking encounter with music producer Russell Simmons.

During an interview on April 6, the Real Housewives of New York City star said she’s been dealing with sexually inappropriate behavior by men for her “whole life” and revealed details about time spent with Russell at the Soho Beach House in Miami about three years ago.

“He grabbed my a** in an elevator, he was just a pig,” LuAnn alleged to the The Daily Beast. “I haven’t told anybody about that before. I was grossed out. I was like ‘How dare you.’ He invaded me, he took advantage of me, being who he is, thinking he is all ‘it,’ all everything. He thought he could just do that. I looked at him and said, ‘Don’t ever do that again.’”

According to LuAnn, who recently found herself in the midst of a “blackface” scandal, she was faced with inappropriate behavior from “male photographers and clients” during her years working as a model and while she doesn’t approve of the behavior by any means, she did her best to cope with the situations she endured.

“You learn to swallow it, to grin and bear it somehow,” she said.

After her encounter with Russell in Florida years ago, LuAnn stayed quiet about what he had done as Russell refused to issue the reality star an apology.

When confronted by The Daily Beast in regard to LuAnn’s story, Russell’s spokesperson Angela Pruitt declined to address her claims directly and instead reissued a statement he previously gave to Rolling Stone “vehemently denying” all accusations made against him.

“They have shocked me to my core as I have never been abusive or violent in any way in my relations with women,” his statement read. “I am blessed to have shared extraordinary relationships, whether through work or love, with many great women and I have enormous respect for the women’s movement worldwide and their struggle for respect, dignity, equality and power. I am devastated by any reason I may have given to anyone to say or think of me in the ways that are currently being described.”

Prior to LuAnn coming forward, numerous women accused Russell of rape. In response, the music mogul insisted he did nothing of the sort and said he’s taken lie detector tests that prove he did not force anyone to have sex with him.

“The current allegations range from the patently untrue to the frivolous and hurtful. I have submitted myself to multiple lie detector tests. I denied forced sex and sexual harassment allegations brought against me in each test; I also answered no to the question, ‘Have you ever physically forced any woman to have sexual intercourse?’ I passed all of the lie detector tests,” he explained.

The Real Housewives of New York City season 10 airs on Wednesdays at 9 p.m. on Bravo TV.