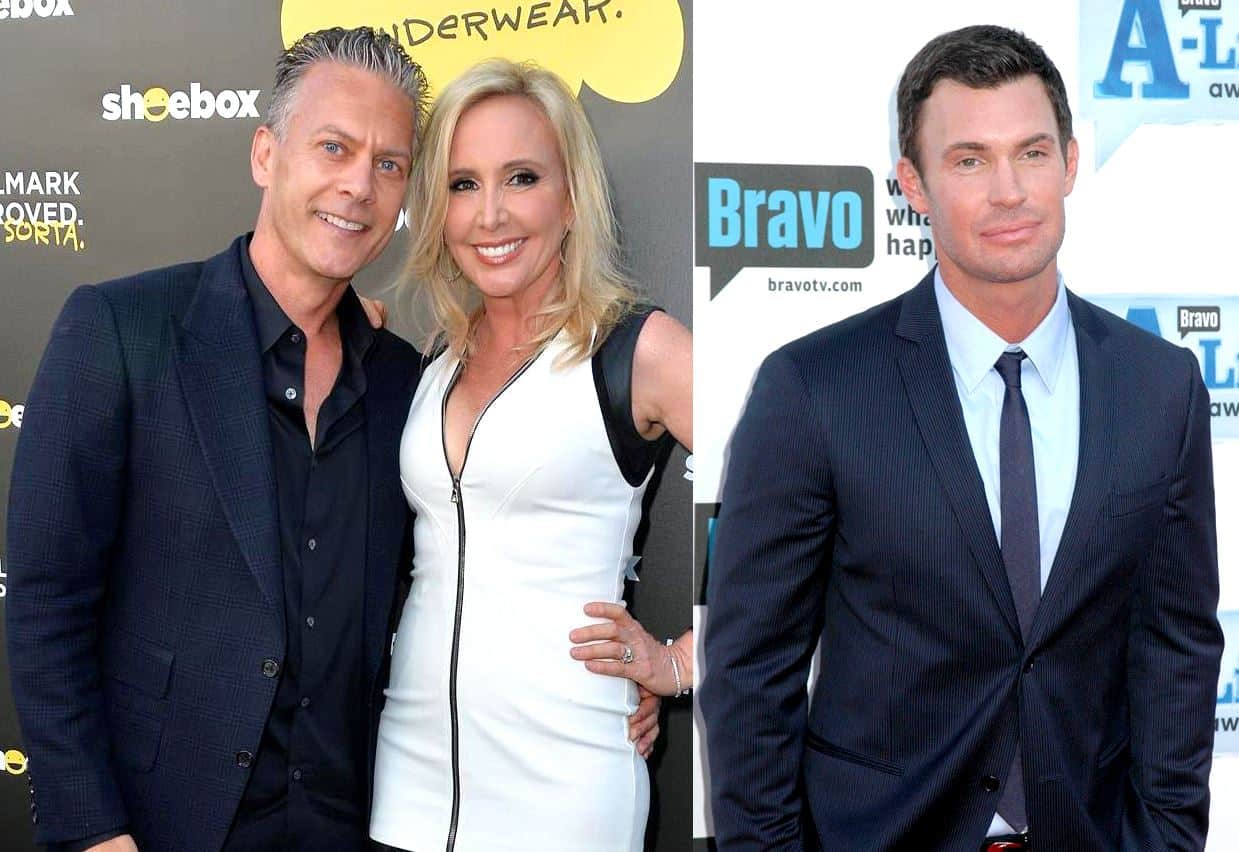 After the Flipping Out star revealed on Jeff Lewis Live that David had called Shannon a “fat a**” and told her she “disgusted” him, a reported conversation between David and Jeff was supposedly leaked on Facebook.

On Twitter, a Bravo fan page titled @LoveAndyC shared the shocking exchange with their fans and followers.

#RHOC Who listened to the greatest radio show on air: Jeff Lewis? David Beador sent Jeff a bunch of rage texts, which Jeff read on air. The following is a transcript from my friend Allison on FB: pic.twitter.com/noce3TwsFg

According to the fan site, the conversation seen below happened after David got word of Jeff sharing his alleged messages to the Real Housewives of Orange County star on his show.

Jeff: We just read the texts. You wrote ‘em. I personally would never put what you said in writing.

David: When I want your advice, I’ll ask for it. I personally, knowing Shannon and I have kids, would NEVER discuss the things Shannon has done to me with an IDIOT out to get ratings for money like you. But both are what you are, aren’t you? Guess I was right. The almighty dollar drives you two. Pretty disgusting. Put THAT on your show, bigshot. You got the balls to do that?

Jeff: Your aggressive and nasty fighting via text is the problem, If you don’t do it, no one is going to report it or talk about it. Just exercise some self control.

David: Happy to discuss it man to man, but you won’t make any money on it, so I know you’ll pass.

David: Of course not — no money in it for you. And you know I’m right, you piece of [poop emoji]. Jeff, read these texts on air, you prostitute. Such a scumbag you are. I knew it from the start.

Jeff: This is unbelievably self-destructive. You could benefit greatly from some self control. You get that it’s hard to empathize with you in these ugly fits of rage. The name calling doesn’t help either.

David: Again, Jeff, when I want your advice, I’ll ask for it. Don’t hold your breath. I don’t give a sh*t you’re on a TV show. You’re just another person who thinks they’re more than they are—funny. But you take a [poop emoji] every day like the rest of us, so you don’t fool me.

Jeff: Just treat people, including your wife, with respect and it will alleviate most of these problems. Hopefully you and Shannon can both move on and live separate and happy lives. Have a good time in Chicago.

David: [Poop emoji] Jeff? You happy? How much money you make, you piece of sh*t? Happy, proud of yourselves? You guys all silent? You guys are f**ing scumbags. [4 poop emojis] Maybe someday you can put me on your show to rebut the comments.

Jeff: I don’t know what you would say to justify those comments. You could apologize and never do it again. I know that you appreciate my advice [smiley face emoji].

David: It was April Fool’s, Jeff. I leave the fame and the fortune to you guys [wink emoji]. Jeff, went over texts you read on air. Funny how you left out all the texts and how they occurred over several texts and days so there’s no possible way it could have been an accident. The attempt to destroy my reputation for your financial gain is pretty disgusting, but not surprising. Have a nice day. I’ll keep working hard, like I always have, to support my family.

Jeff: We read excepts from your texts to Shannon and I don’t think we took “f**k you” out of context. In regards to your reputation, you’ve done a great job of damaging it on your own. I’m glad to hear you’re going to work. I think that is time best spent. Have a good day. Jeff.

While the text exchange between David and Jeff is unconfirmed, it seems plausible given the situation that occurred prior to the messages being sent.

Among the texts allegedly sent to Shanon and shared by Jeff was one that read, “F**k you. So tired of you. You f***ing disgust me. F**k you. What do you have to do? Eat? Because you can’t get off your fat a**.”

Another said, “World ending tonight? You get out of your pajamas today? Sleep till 2? The sad part is your b**ch behavior is normal for you. F**k you.”

TELL US – THOUGHTS ON THIS TEXTS DAVID REPORTEDLY SENT JEFF?