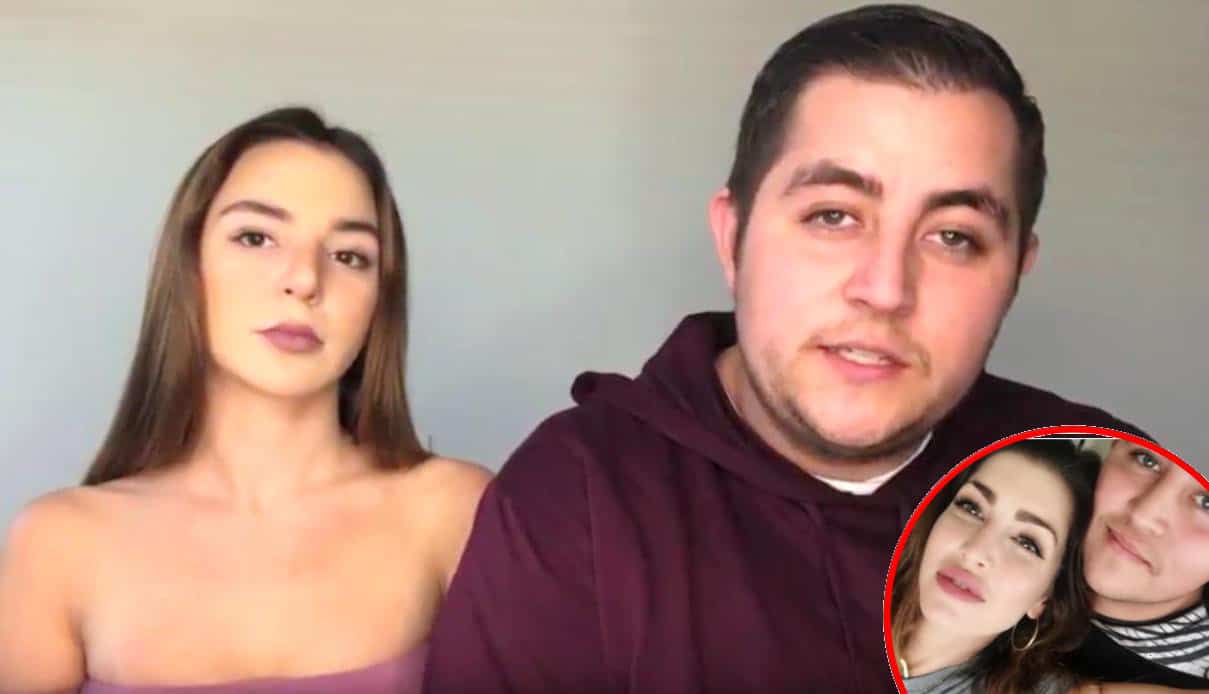 Just weeks after starting a Youtube channel together and confirming they were back together, it appears there is now trouble in paradise yet again for 90 Day Fiance couple Anfisa Nava and Jorge Nava.

In a series of posts to Instagram on Monday night, Anfisa accused Jorge of cheating on her with the late comedienne Stevie Ryan. Even more, she leaked text messages she claimed were exchanged between Stevie and Jorge. Those messages are below. 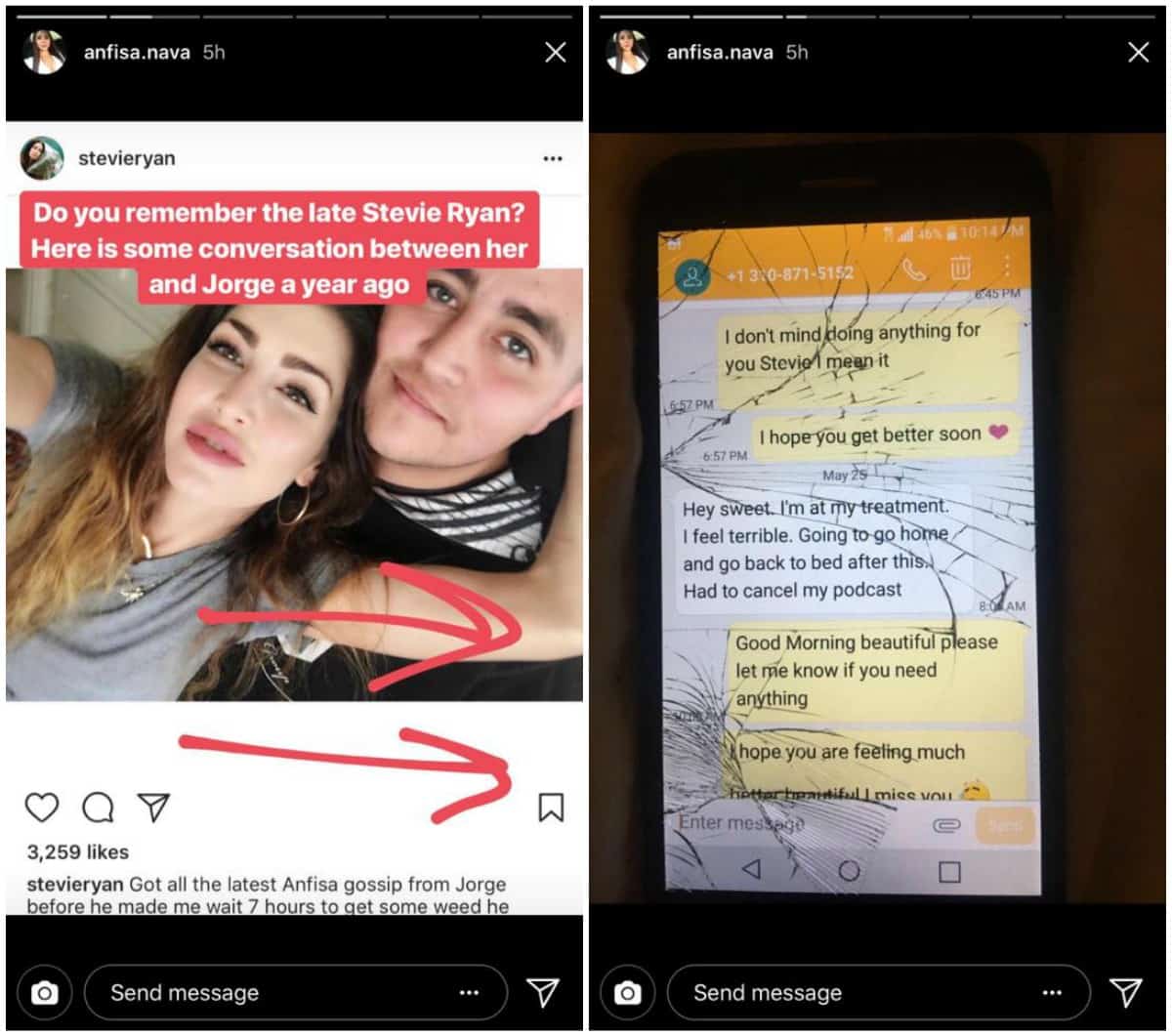 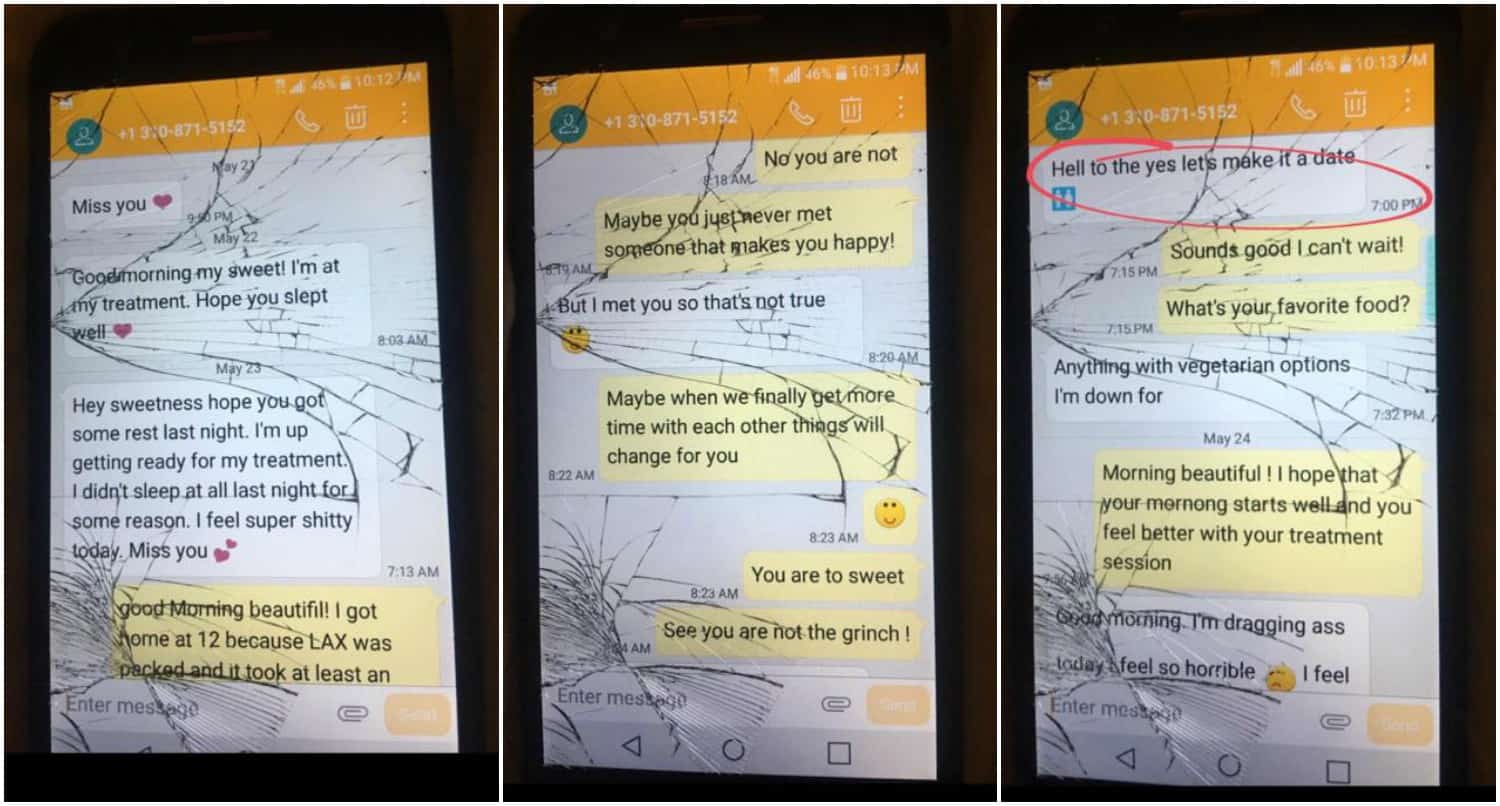 Must say the text messages don’t exactly prove there was anything romantic going on between Jorge and Stevie, although they do come off a bit flirty. Below are some of their exchanges –

Jorge – “I don’t mind doing anything for you Stevie. I mean it. I hope you get better soon.”

Stevie – “Hey sweet. I’m at my treatment. I feel terrible. Going to go home and go back to bed after this. Had to cancel my podcast.”

Jorge – “Good Morning beautiful. Please let me know if you need anything. I hope  you are feeling much better beautiful. I miss you.”

Jorge and Stevie reportedly had a close friendship so it’s hard to figure out if this was simply a platonic exchange.

Anfisa’s accusations are rather interesting as Stevie, before her suicide last June, revealed Jorge was her drug dealer (medicinal weed is legal in California) and then tweeted out last May that Anfisa was a stripper and had done webcam performances in the past.

Anfisa has since deleted her original posts on her Instagram page, instead providing an explanation for why she decided to make this information public.

“Alright, enough with bad vibes. The point was to show you that not everything you see on TV is true. I usually prefer to keep my feelings and personal life private, but some of you take it too far in my comments so there goes your proof that a person that seems innocent may actually be a liar and a cheater. Don’t judge my path if you haven’t walked my journey. Thank you for your supportive messages last night.” 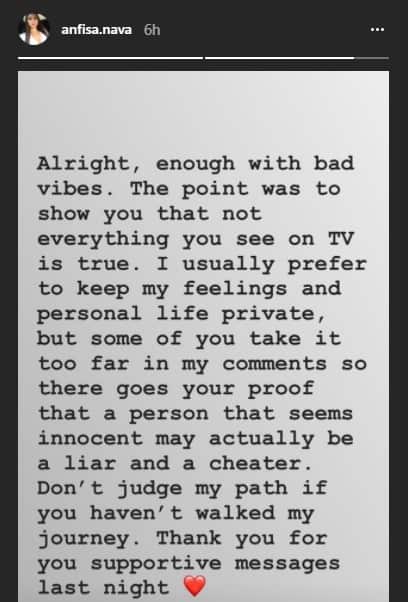 Anfisa has received some backlash from fans who think it’s in bad taste for her to leak text messages from a deceased person. And they probably have a valid point, though in Anfisa’s defense, Stevie did publicly accuse her of stripping and being a web cam girl in front of the world last year.

This latest turmoil between Jorge and Anfisa comes just two months after Jorge was arrested on drug charges in Arizona after being caught with almost 300 pounds of marijuana.

TELL US – THOUGHTS ON ANFISA’S POSTS? POOR TASTE OR FAIR GAME TO LEAK THESE TEXTS?