RHOA’s Sheree Whitfield Questions If Kenya Moore Is Really Pregnant! While Kenya Slams Sheree For Having No Storyline 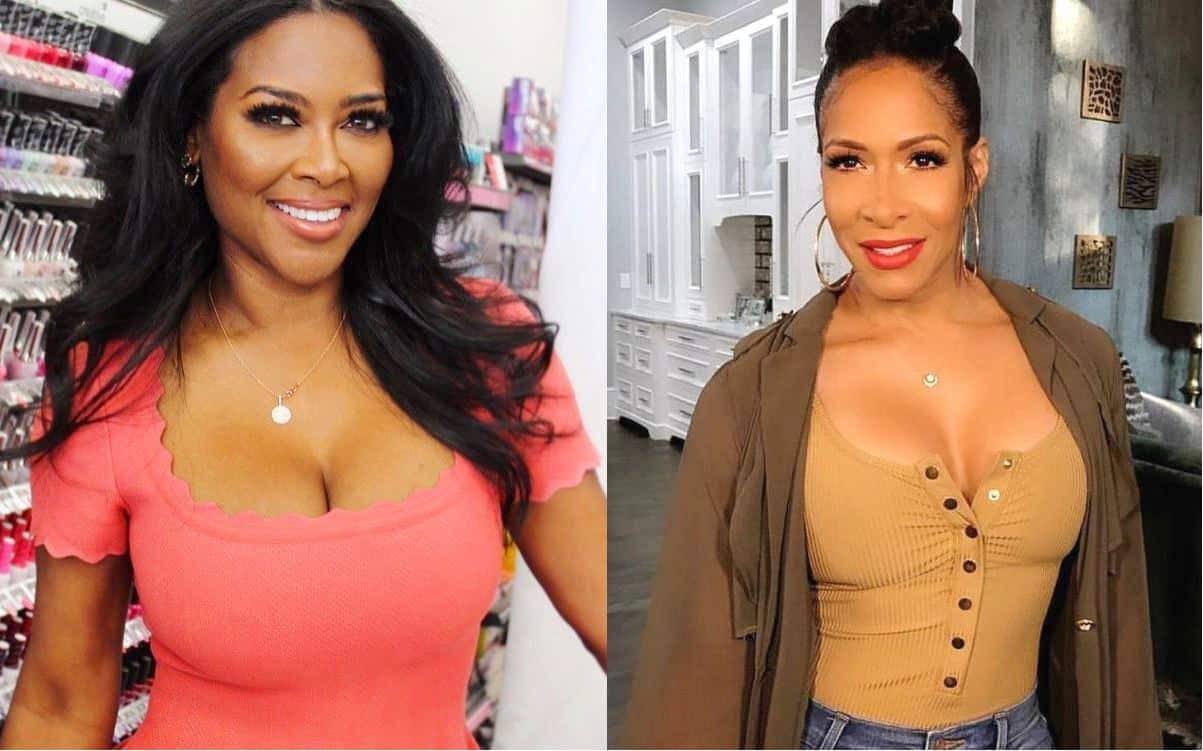 The streets are talking, and they’re saying Sheree Whitfield has been fired from The Real Housewives of Atlanta, but when it comes to throwing shade at her cast mates, she’s still working overtime!

For starters, she’s not buying Kenya Moore’s pregnancy revelations, and she’s not the only one who’s suspicious.

You see, Kenya didn’t actually say she was pregnant. She used the word “expecting”, and she was looked awfully slim at the reunion, leading some to speculate that the former Miss USA may be using a surrogate, which she has since denied.  But Sheree would still like to see the receipts.

”I’ve learned to not believe everything I hear. If it is true, I’m happy for her. Kids are definitely a blessing…but can we get her to pee on a stick?” Sheree said via her Bravo blog.

Kenya’s not going to like that! But don’t feel too bad, this peach gives as good as she gets. During an interview with TheGrio, Kenya went IN on Sheree, saying she can’t confirm, or deny, the firing rumors, but if they’re true,  it’s basically because Sheree’s boring, and no one likes her!

”You have no friends. You have no loyalty to anyone. The story line is the same story line she has had for three years: working on her house, and after dealing with (ex husband) Bob (Whitfield) you’re on to another relationship with someone you found in a jail that we will never see for four years. What do you want producers to do with that?!” Kenya said.

Well, she’s not wrong there. The home renovations and fervent phone calls with her inmate boyfriend Tyrone Gilliams have definitely run their course.

But what about those “joggers” she’s designing for She by Sheree? Aren’t they hitting stores in September, or spring, or winter of this year? That could be interesting-ish although Kenya doubts its existence!

“I guess if she was on next season we would watch her working on the upper level of her house or the outside while she’s still on the phone with Tyrone…and designing joggers that will be out in Spring/Summer/Fall of Spring 2018 or 2022,” added Kenya.

Ouch! Tell us how you really feel, Kenya!

So far, there has been no official word from Bravo about whether we’ll see Sheree next season (no official release date for those “joggers”, either). But the final episode of the reunion could hold a clue. Be sure to tune in Sunday night at 8/7c!

TELL US – IS IT WRONG FOR SHEREE TO DOUBT KENYA’S PREGNANCY? OR FAIR GAME?! DO YOU THINK SHEREE’S STORY-LINES WERE BORING?