Scheana Marie Responds to Claims That Lisa Vanderpump Banned Her from Brandi Glanville’s Podcast! Plus Jax Taylor’s Reiki Master Speaks Out On Their Relationship 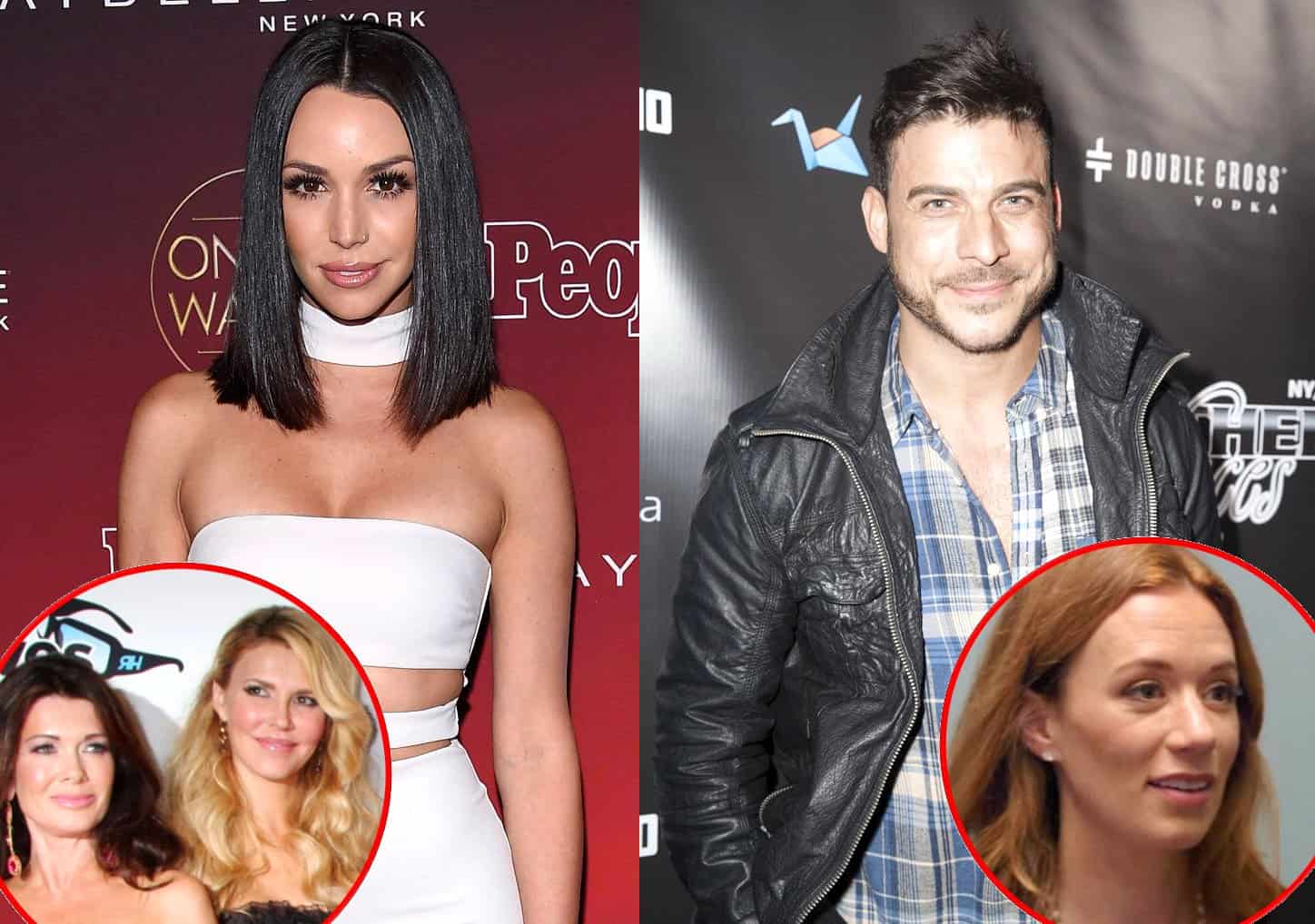 During her podcast, the former Real Housewives of Beverly Hills star told listeners that PodcastOne’s talent booker had informed her that she was unable to interview Scheana on her show because she didn’t yet have permission from Lisa Vanderpump. She then claimed Scheana was afraid of Lisa and didn’t like sharing images on her social media pages of herself and Brandi because of those fears.

Well, Scheana, star of Vanderpump Rules, released a statement on Twitter to clarify the comments made by her former nemesis.

To clarify tho…. I never asked Lisa’s permission or even had a conversation w her about doing this. I had respectfully said no at the time I was asked Bc my loyalty is to Lisa. Lisa has always been very supportive of my decisions and career goals. ♥️ https://t.co/oJTA3CTSiZ

Scheana tweeted, “To clarify tho…. I never asked Lisa’s permission or even had a conversation w her about doing this. I had respectfully said no at the time I was asked Bc my loyalty is to Lisa. Lisa has always been very supportive of my decisions and career goals.”

Brandi had claimed that Scheana reportedly said she wanted to wait until Vanderpump Rules was already picked up for a new season before agreeing to appear on Brandi’s show.

“Because Lisa does — she’s very controlling. And even posting pictures, she was scared,” Brandi said. “And I mean, that’s very sad.”

While Brandi and Scheana were at odds with one another for years due to Scheana’s past affair with Brandi’s now-ex-husband, Eddie Cibrian, they made amends years ago and have hung out with one another on a couple of occasions this month.

In other Vanderpump Rules news, Kelsey Patel, Jax Taylor‘s on-screen reiki master recently spoke out about their current status and confirmed that they haven’t seen much of one another since filming wrapped on season six.

“We are still in touch, I mean, it’s not all the time, but I reached out when his dad passed away,” she explained to Bustle during an interview. “We both follow each other on Instagram. He’ll like my posts and vice versa. I would say we still are connected, but we haven’t had any sessions since then.”

During Vanderpump Rules season six, Jax spoke highly of Kelsey from episode to episode and rumors swirled in regard to a potentially blooming romance.

“This is like the highlight of my week when I see her,” he told girlfriend Brittany Cartwright.

“Every time I see her I just have the best day of my life,” he added during a cast confessional.

In March, Brittany spoke to Andy Cohen on Watch What Happens Live about her boyfriend’s relationship with Kelsey, admitting that she was a bit irritated by their closeness. She even accused Kelsey of having “googly eyes” for Jax.

Kelsey however notes that she is a “very, very happily married woman and mother.”